This was one of the signs at the “Re-open Illinois” event today. She assured those that she was not a Nazi, and stated, “I have Jewish friends.” Thank you for representing yourself and your “movement” for what it is. pic.twitter.com/CcIX2SVu6s
— Dennis Kosuth, RN (@Dennis_Kosuth) May 1, 2020

I took it with my own phone, I can’t make this up, this is actually the sad state some people exist in
— Dennis Kosuth, RN (@Dennis_Kosuth) May 2, 2020

This was the sign above the gate to Auschwitz death camp: arbeit macht frei. It’s German for "work sets you free"

Trump’s cult comparing the genocide of 6 million to stay at home orders is an incredible lack of self awareness and overt antisemitism that is beyond reprehensible. pic.twitter.com/rdws1sdi88
— Trinity (@TrinityResists) May 2, 2020

I was thinking ... What if she is actually pro-distancing and her sign means Trump is the Nazi telling America "Work will set you free", but that work (during a pandemic) is actually a death sentence?

That makes a bit of sense, but I don't think she explained it that way when Mr. Kosuth took her picture.

So she's probably a Nazi. She's got plenty of company.


I find these comparisons to Nazis so upsetting.

Here's a woman who must have been at the same rally. (Gov. Pritzker is Jewish, which makes this more reprehensible, if that's possible). pic.twitter.com/v9PJh8xnIQ
— Rhonda Wolfson (@just_rhondaw) May 1, 2020

Read the sign to see exactly where Rump is leading the The Republican Party. “Sacrifice the weak” was the policy of Aktion T4, the Nazi euthanasia programme that exterminated the disabled. pic.twitter.com/CKhES5dLLn
— Andrea lynn Sachs (@LynnSachs) May 2, 2020 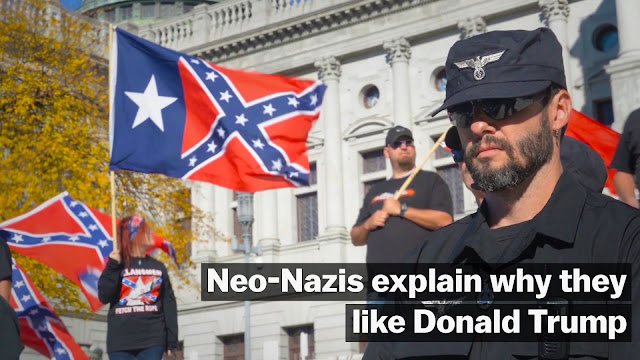 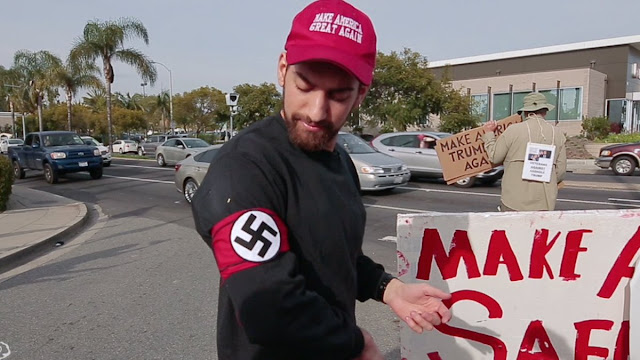 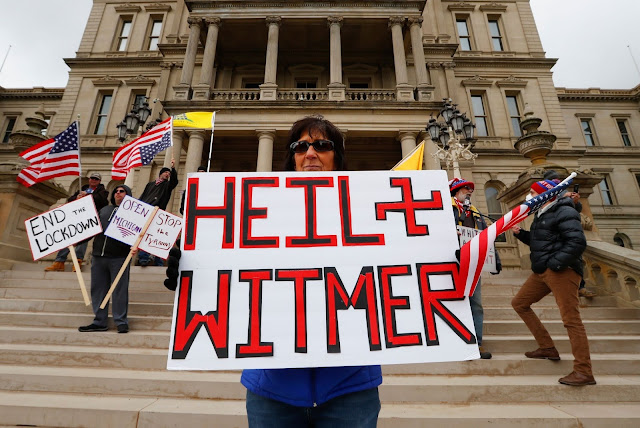 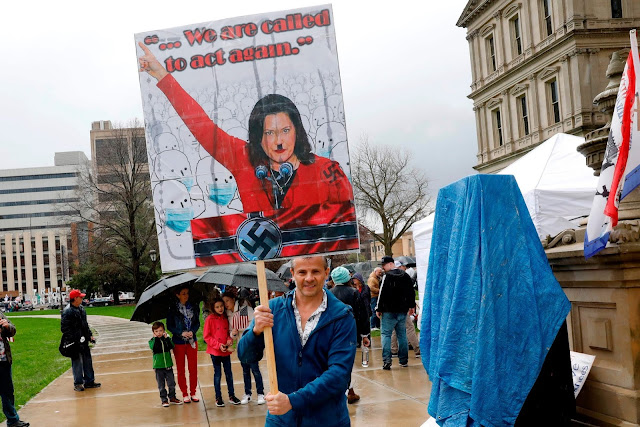 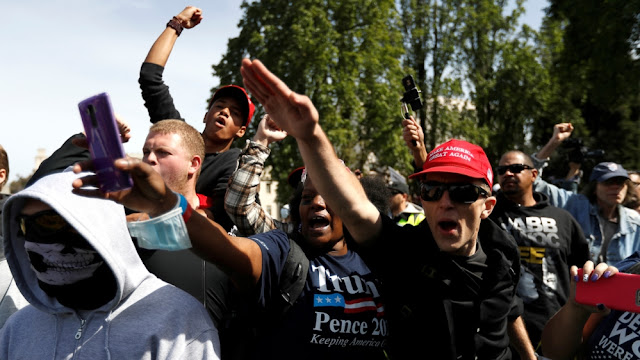 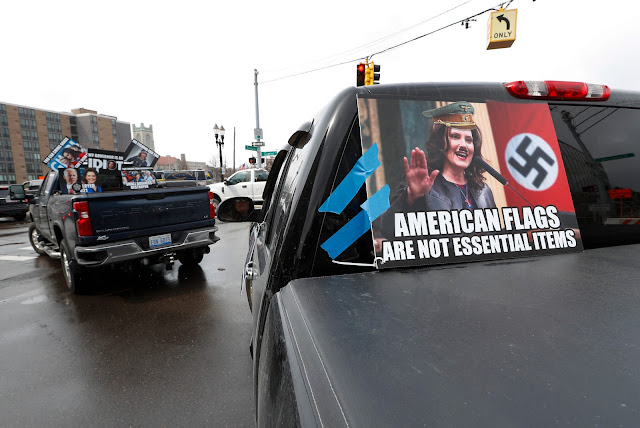 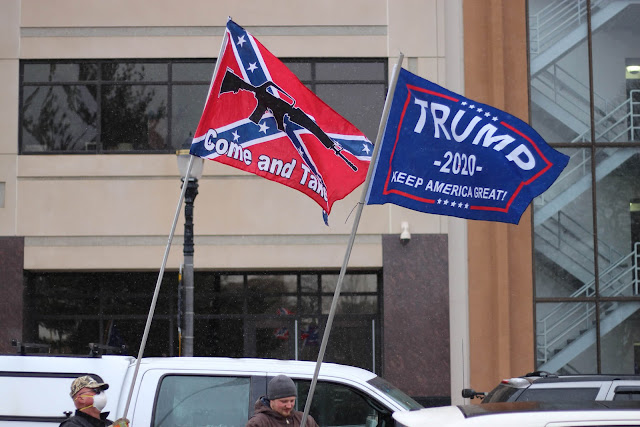 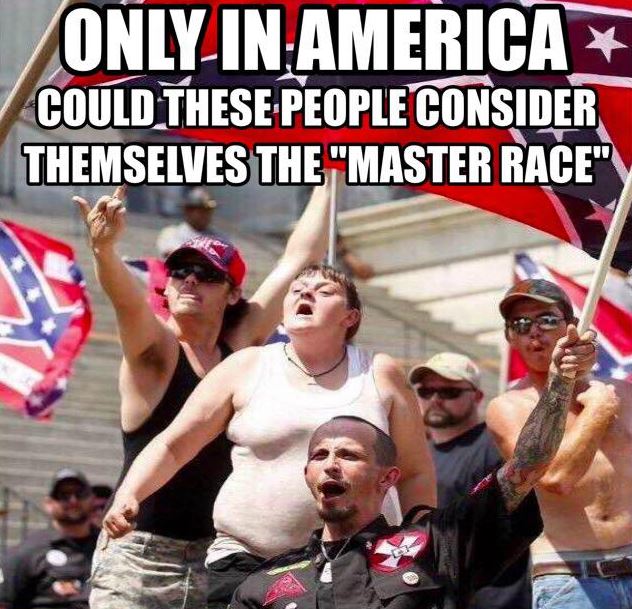 When I saw the title of this post, I assumed it was a pic that I've posted on Facebook, a woman standing out of a car's moonroof with a sign reading "Work is Freedom". Then I clicked on your post. I did not expect to see the sign in German.