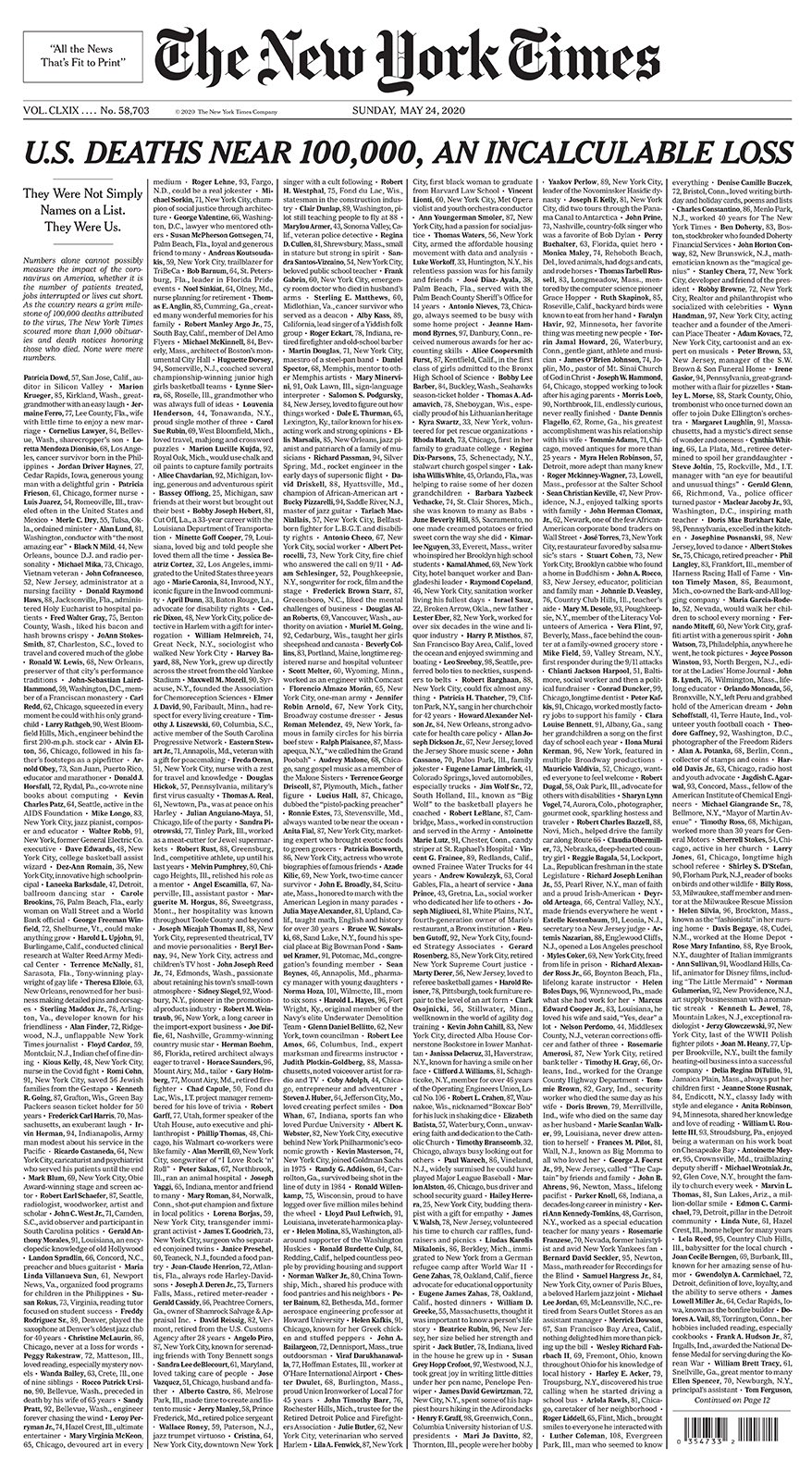 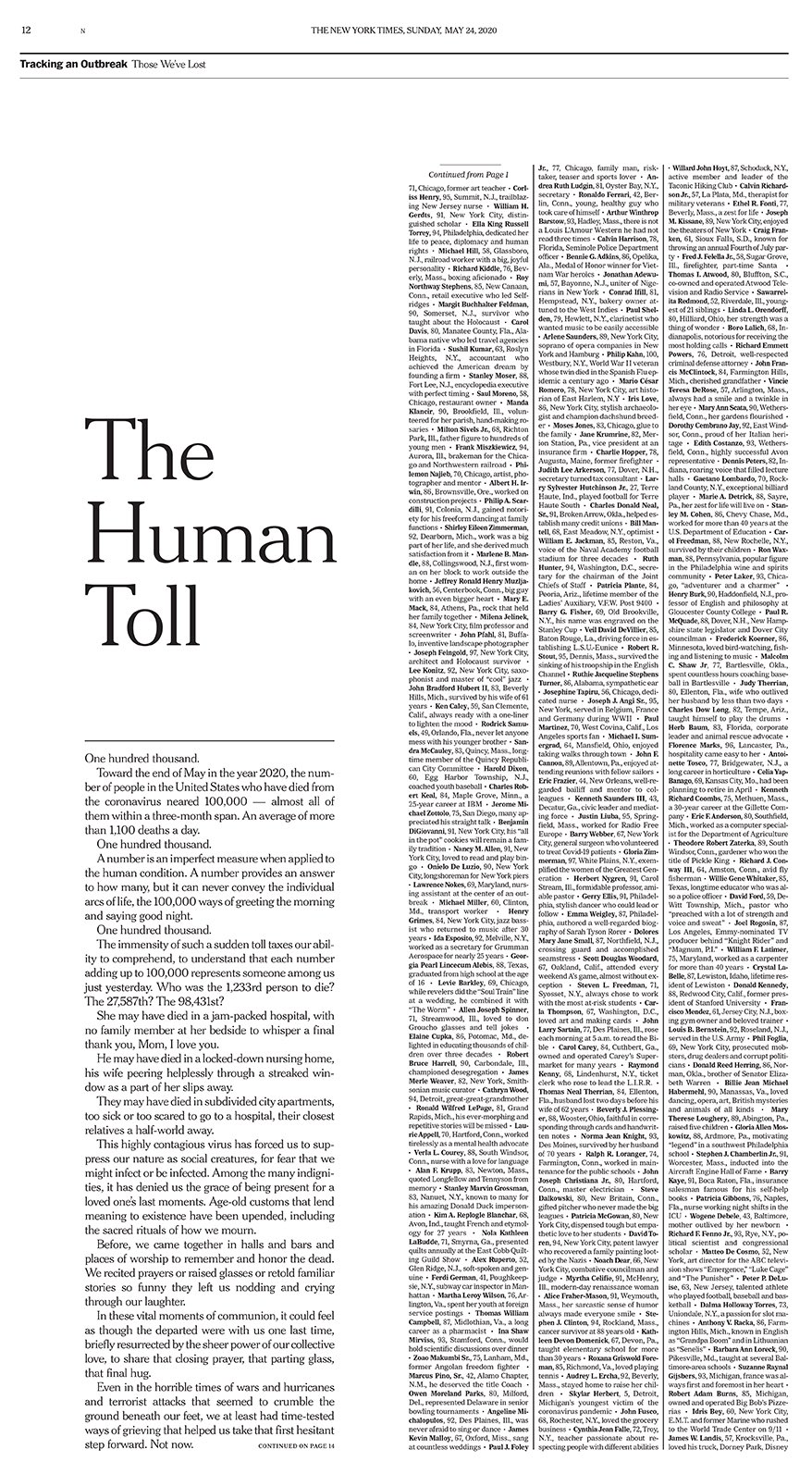 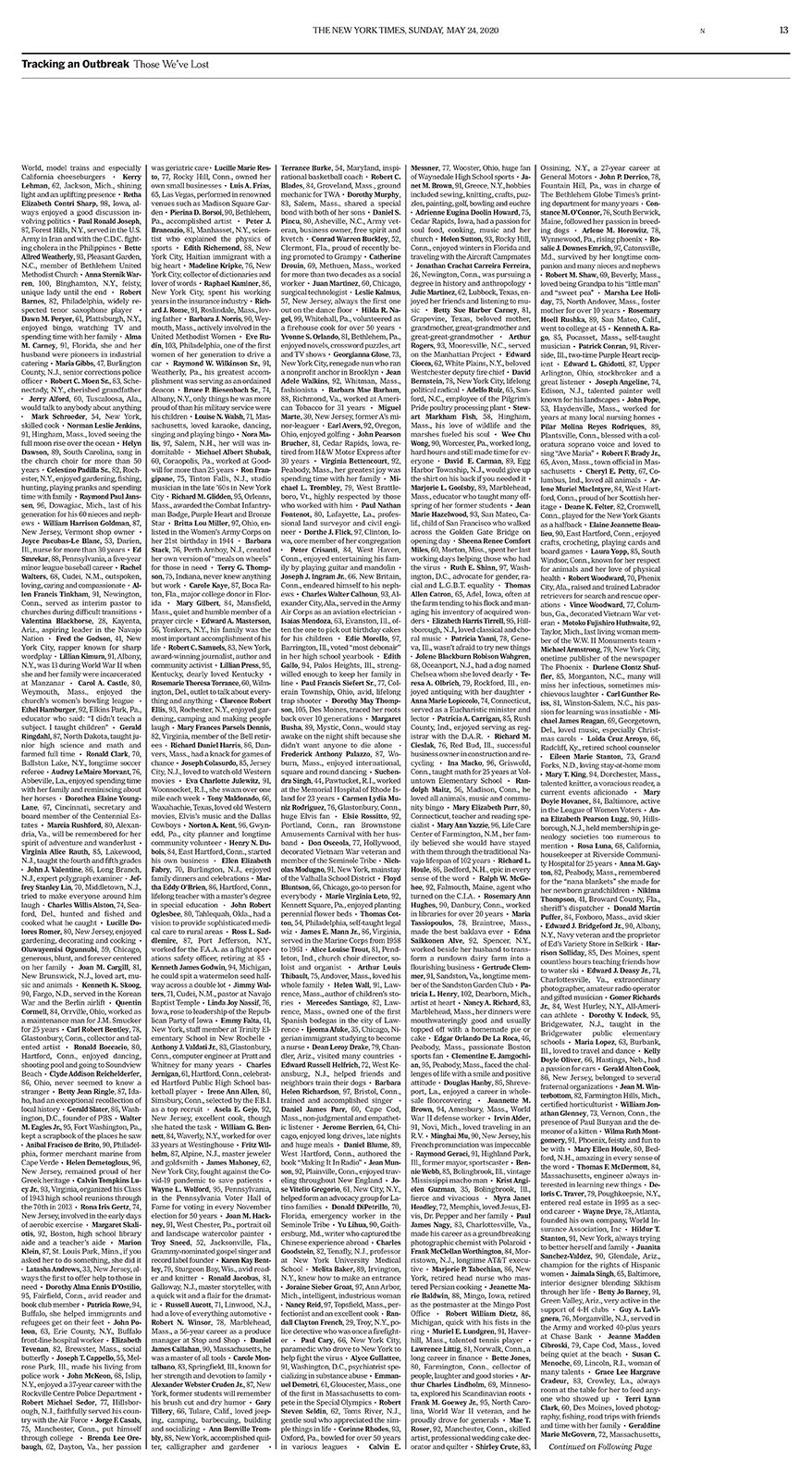 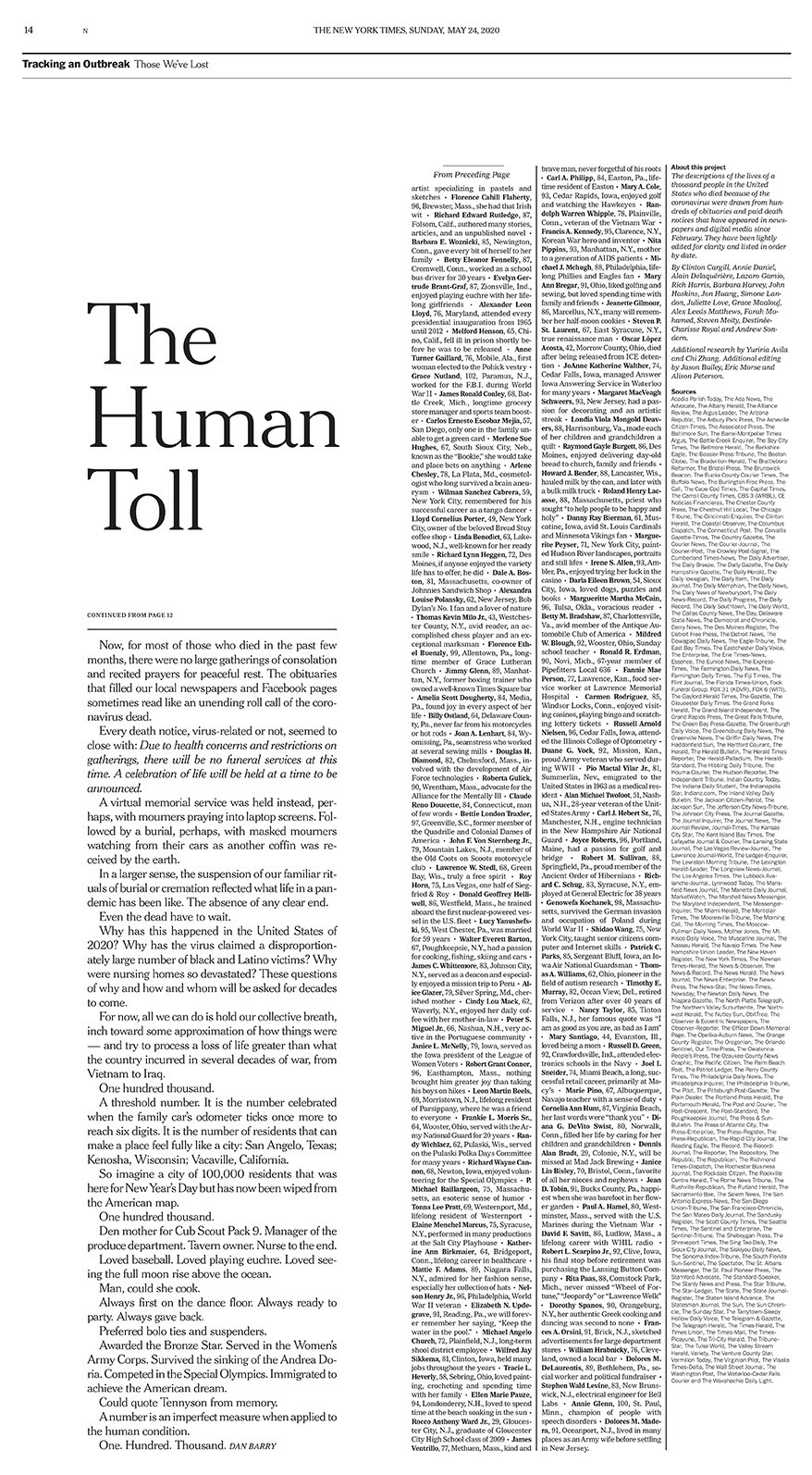 The story behind the pages.

The names that cover the four pages above are only 1% of the current death toll in the United States.

When you read each one of the 1,000 names listed by the Times, remember that he or she stands for 100 dead Americans.

The number of reported deaths from SARS-CoV-2 will likely pass the 100,000 mark this weekend. Donald Trump marked the occasion by going golfing for the 357th time during his presidency. 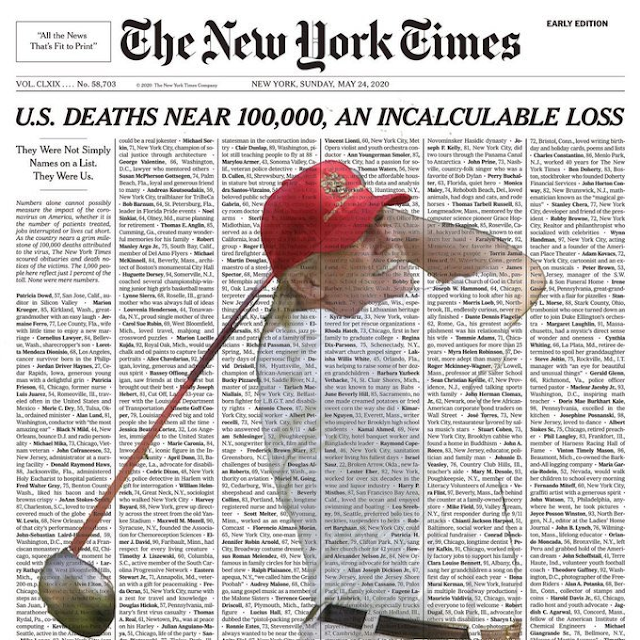 
The president's return to [the links] signals to the country permission to resume normal activities, even in a region that has the highest rate of coronavirus cases in the nation.

Deborah Birx, coordinator of the White House's coronavirus task force, said several times during a press briefing Friday that there were safe ways to participate in outdoor activities over this holiday weekend, specifically mentioning golf.

Trump also violated Twitter's policies yet again on Saturday by spamming retweets, including several posts from a like-minded asshole, including one referring to Hillary Clinton as a "Skank" and two others insulting Stacey Abrams, a member of the Georgia House of Representatives from 2007-2017. One called her "Shamu" and another remarked that she "visited every buffet restaurant" in Georgia. #BeBest

Those 100,000 deaths occurred in roughly 12 weeks, and the number of new cases in the US is showing no real sign of leveling off. 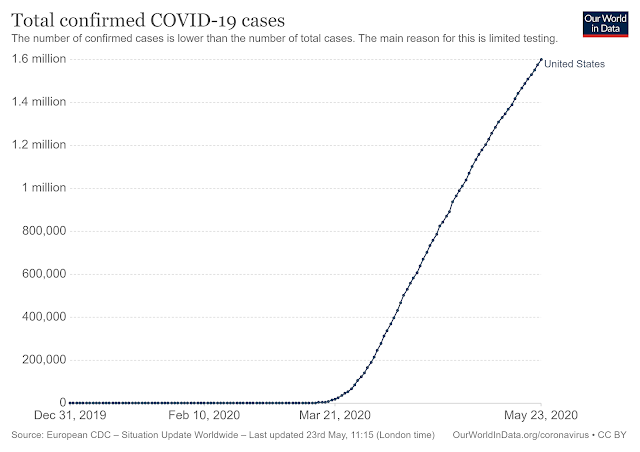 
States that expect to keep restrictions in place aimed at encouraging social distancing have seen drops in the number of new daily cases relative to a month ago. States that have already begun to scale back those measures have seen a rapid increase in daily case totals relative to one month ago.

The WaPo reported on Saturday:


Researchers at Imperial College London created a model that incorporates cellphone data showing that people sharply reduced their movements after stay-at-home orders were broadly imposed in March. With restrictions now easing and mobility increasing with the approach of Memorial Day and the unofficial start of summer, the researchers developed an estimate of viral spread as of May 17.

It is a snapshot of a transitional moment in the pandemic and captures the patchwork nature across the country of covid-19, the disease caused by the virus. Some states have had little viral spread or "crushed the curve" to a great degree and have some wiggle room to reopen their economies without generating a new epidemic-level surge in cases. Others are nowhere near containing the virus.

The British researchers believe the coronavirus is still spreading at epidemic rates in 24 states, particularly in the South and Midwest, highlighting the risk of a second wave of infections in areas that reopen too quickly or without sufficient precautions.

One startling examples from Missouri: Two hairstylists working at the same Great Clips salon potentially exposed 140 customers and seven co-workers to coronavirus when they both worked over an eight-day period (May 12-20) while symptomatic. Although the customers and workers all wore face coverings, both stylists continued to work despite having symptoms.

Dr. Anthony Fauci said last week there was "no doubt" a second wave of coronavirus infections would hit the US in the coming months. Donald Trump vowed he would not "close the country" a second time when that happens. (Ignore the fact that Trump never closed the country a first time.)