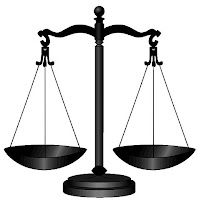 In October 2010, we received a water bill from the Region of Peel that was almost 10 times as high as normal. Peel claimed that we had used 2.5 years worth of water at some point during a three-month period. Nothing was wrong at the house and our habits had not changed. We strongly disputed the bill; Peel said "pay or we'll turn off your water".

After making numerous calls to see if there was any sort of venue outside of court to arbitrate the matter (there was not), we paid the bill and took Peel to small claims court to recover what we felt was the excessive charge.

The trial was last Friday and we scored a resounding victory! We received the amount we were seeking ($429, with interest), reimbursement of our court costs ($175), a fee for preparation for trial ($100), and a sum for "inconvenience" ($400). Together, the court awarded us over $1,100! An utter rout! The judge was shocked that Peel had allowed this matter to come to trial and said it should have shut us up with a few hundred dollars months and months ago.

Small claims court in Canada is much different than it is in New York City. This was an actual trial before an attentive judge (in at least one instance in New York, we were effectively denied a chance to fully explain our case). I did not necessarily expect a fair hearing, so I was extremely pessimistic about our chances, assumed the municipality would be given the benefit of any doubts, and would have gladly taken half of the $429 as a settlement rather than proceed to trial.

A huge point in our favour was that the amount in question was so high. If the bill had been double or even triple our normal usage, it likely would not have gone our way. Also, Peel harped on alleged abnormalities with our toilets in their two home inspections. They claimed the high bill could have been caused by the abnormalities. But our bills for the periods in which the visits were made were two of the lower bills we have had in five years at our house. There was also a pattern of exaggeration (aka lying) in its case (a water level in one toilet was "a little high" in the inspector's on-site notes, "high" in a report she later filed at her office, and "very high" in Peel's defence papers). In the end, Peel's argument was that they acted friendly to us and meters never malfunction and cause high readings. ... Oh, and Peel's lawyer (an articling student, actually, arguing what the judge said was "a lousy case") slipped up during her closing statement and admitted that we had proven our case!

Laura said that when the judge first said he was ruling in our favour, two of Peel's witnesses sitting in the back of the room actually gasped! I'm sorry I missed hearing that. (Laura blogged a bit about the day here; earlier posts about the bill are here and here.)

In my research, I found very little information about how often excessive billing mistakes occur and even less about citizens who have taken on their city's or municipality's utility company. I wanted to post this in case anyone is in a similar situation to what we faced and is searching for information. Don't despair - sometimes common sense wins the day!
Posted by allan at 9:33 AM 5 comments:

Can I be frightened by a book?

Whether it is age, my experience as a writer, or simply the way my brain works, I don't think I can. When I'm reading fiction, some part of my brain is always dissecting the sentences and thinking about how the author put everything together. I get analytical, looking at the book as a created object, rather than as a world to disappear into. I often feel like I'm reading the book over the writer's shoulder, while he or she is banging it out on the typewriter/keyboard. (Movies are another matter entirely.)

I have wanted to read a few of Stephen King's books for awhile. I read On Writing last November and I recently found some of his books in the communal eating area at work, and gave them a nice home! Since the start of the year, I have read both It and The Stand. Both novels qualify as the type of doorstops I like spend time with and they are generally regarded as two of his finest books.

A blogger named Dan began a project of reading every King book in chronological order – he hit a wall after about a year – and re 'Salem's Lot, he wrote: "Much is made of the necessity for suspension of belief among the main characters (i.e., if you refuse to even entertain the possibility of vampires, you've already lost), and this lesson is not lost on the reader: we must accept that these things are real if we are to truly feel a chill down our spines when a branch scrapes the window in the dead of night."

While I enjoyed (generally speaking) both It and The Stand, I was not anxious or scared or afraid to read on, as many people say they are with King's books. (Perhaps these books do not lend themselves to those emotions?) King is eminently readable, a masterful storyteller, and I was drawn back to the books night after night. I am not completely against the supernatural; there is a wraith interacting with various characters in Infinite Jest, after all. I suppose it's a matter of degree. But that might be enough of a nail in the coffin for a lot of King's work.

Parts of It were wonderfully written, the camaraderie of the characters at age 11-12 was fantastic. But the climatic showdown with the murderous evil that haunts Derry was too much. It ended up being mere words on the page.

I had better luck with The Stand. Originally published in 1978, King came out with a "complete, uncut" version of the novel in 1990. It was (more or less) what he first submitted to his publisher. With roughly 400-500 manuscript pages added back in, my paperback totals 1,141 pages. Many sections went on and on, and I felt King could have told us more than enough in five pages rather than 12. But when I slowed down and read each sentence carefully, it did not seem indulgent or redundant or excessive. King was simply taking his time, relishing the details of his apocalyptic tale. If you concentrated, he wasn't boring. I simply wanted the story to move along at a much quicker pace.

I read a handful of King's books as a teenager in the early '80s and I want to go back to some of that early stuff and give it another shot. I also want - in the wake of On Writing - to read the books in which he explores the idea of creativity, or writing itself – Misery, The Dark Half, and Duma Key, among others. And I'm curious about the shorter novels he published under the name Richard Bachman in the late '70s.
Posted by allan at 1:09 PM 3 comments: