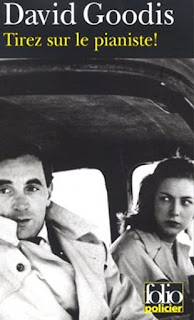 
I think the French are fascinated with American noir because they're fascinated by America. They view noir as a body of literature that is critical and revealing of American culture. ... [T]hey've always had a fascination with ... the "real America" ... That's why the French were the first ones to the recognize the artistic merits of things like jazz and gospel. It's why they embraced regional artists like Faulkner. And it's why they were the first ones to recognize that guys like Thompson and Goodis weren't just failed pulp writers but rather authentic and unique literary talents.


They know that American noir presents a true portrait of this country, that it doesn't hold back or hide things, that it isn't afraid to search the dark corners. I think they know that noir has always told the truth about America—they were the ones who first sensed that. Also, they're not turned off by unlikeable characters or unhappy endings.


In my experience, French readers tend to be a braver lot. I think the thing about good noir that's hard for some folks is that it forces you to go to uncomfortable places and to confront uncomfortable things and a lot of readers just aren't willing to do that. I think that's particularly true of American readers. ... For the most part, what moves in this country are airplane books—something I can pick up in a terminal, read on a flight, and toss in the trash before I catch a cab. It's something to fill time more than it is something to challenge beliefs. I hear people say, "Well, I didn't relate to the characters." I'm sorry, but I don't believe relatability is a requirement of good literature. In fact, I believe the opposite. I believe good literature allows us to walk in the shoes of someone we might otherwise dismiss. For me, that statement about not relating to characters boils down to a refusal to venture into uncomfortable ground. That's not something I've experienced with French readers. They tend to still want books that are challenging. They seem to still view literature as an instrument of critical thinking and change. 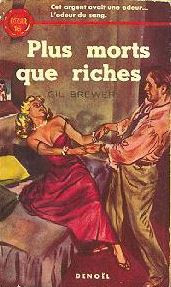 
Reading in France is a national obsession. It's a wholly different culture than the States. ... At book events, writers don't read their work, they just discuss it with the audience. And the questions aren't "Where do you get your ideas?" or "What time of day do you like to write?" It's graduate-school level discussions of character and theme. It's probing and personal. And, I mean, these questions are coming from regular people. Americans have always been suspicious of intellectuals. The French just...aren't. They respect intelligence and expertise. ... For a writer, it's extremely exciting.


For starters, the French consume more books. You look at the statistics and the French are always in the top ten well-read countries in the world. They're typically somewhere around number seven. The U.S., on the other hand, we're lucky to make the top 30. People just don't read here. In this country, one third of high school graduates never read another book for the rest of their lives. Forty-two percent of college graduates never read another book after college. Eighty percent of U.S. families did not buy or read a book last year. Seventy percent of U.S. adults have not been in a bookstore in the last five years. That's staggering.


To be honest, I'm not sure it's especially a French thing. I think people all over the world read noir, read tragedy. The only place where there is no place for noir or tragedy is America. As David Vann said, "We have the idea in America that a book should have likable characters and make us feel good by the end. This is a new and idiotic idea and erases 2,500 years of literary culture." No other culture is dumb enough to believe that. That takes a specifically pathological self-concept and denial of reality.