A Bear Visits Next Door

On Tuesday, just after noon, the dogs were making a lot of noise and running around the back yard. I figured the old dog next door was also out. ... He wasn't. When I went out on the deck, I saw a young bear cub sitting on a tree branch next door. 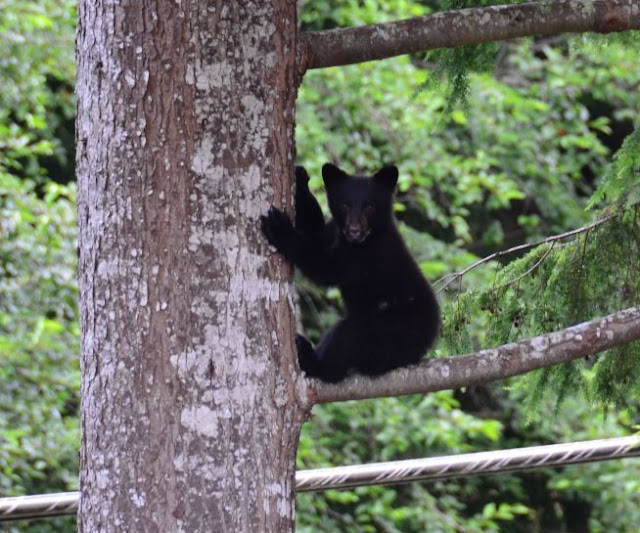 After we herded the dogs inside, we could hear the cub loudly mewing. Eventually, he climbed down and out of our sight. Laura called a local conservation officer and was told the bear was likely frightened (undoubtedly by the sound of the dogs barking) and his vocalizing was telling Mama Bear where he was. When he perceived that the threat was gone, he climbed down reunited with Mama. The cub sounded like he was in distress, but he was likely just staying in touch.

The bear was likely about three months old, having been born in the spring. 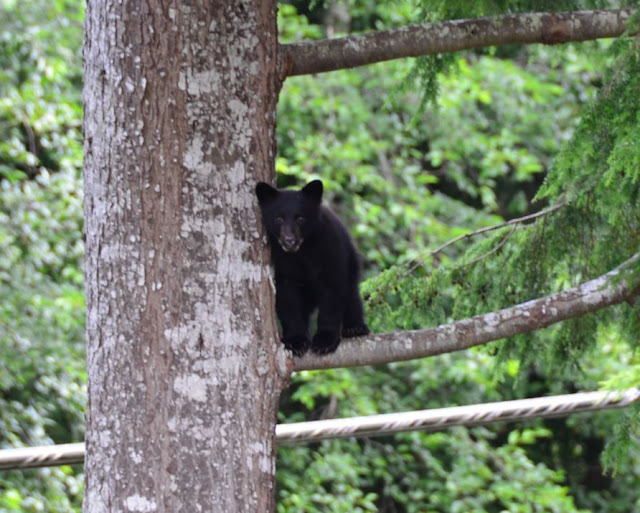 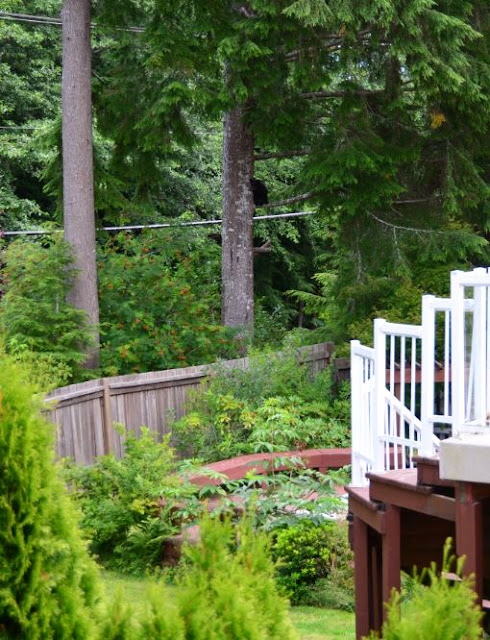 Uproot our lives and move to Canada? Okay.

Move across the country and live in a small town? Sure.

Decide, as satisfied, life-long renters, to buy a house in that small town (and then do so, and move in, within two months of said decision)? WTF?!?

As Laura wrote in late May:


All our lives -- until now -- renting was the only thing that made sense. The price of real estate in NYC and the Toronto area is nuts. Purchasing a home would have meant tripling (or more) our monthly housing costs, or having a two-hour (each way) commute, or buying a condo. None of those options were appealing. We also didn't want the responsibility of home ownership. We simply didn't care about owning.

But the landscape has changed. We live in a place where homes are affordable, and where the tenancy laws for families with animals make renting very insecure. We have moved too many times in the last 10 years, and as we plan for our older age, this gives us more security.

We got the keys yesterday and will start moving our stuff tomorrow morning. (Actually, I took over some fragile kitchen stuff today. I also timed the drive between the two houses: 2 minutes, 15 seconds. It's good that it's so short, since we'll be making a lot of trips back and forth!) 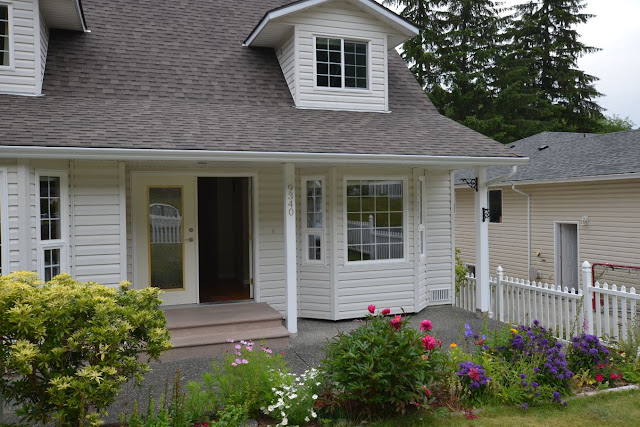 Kitchen, with a crazy amount of drawers and cupboards. The sellers left a card and a small plant for us. 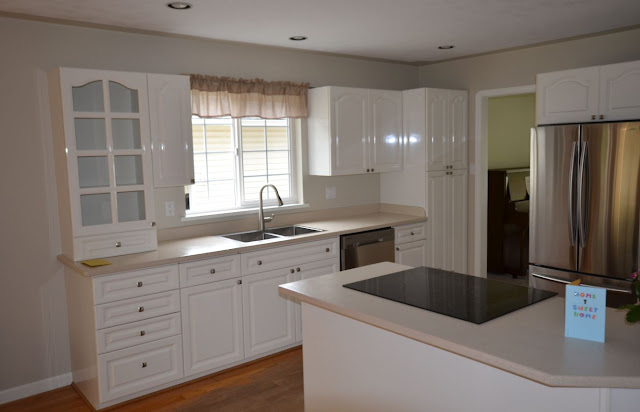 The deck is out the big window on the right. Laundry room is through the door and after that, the garage. 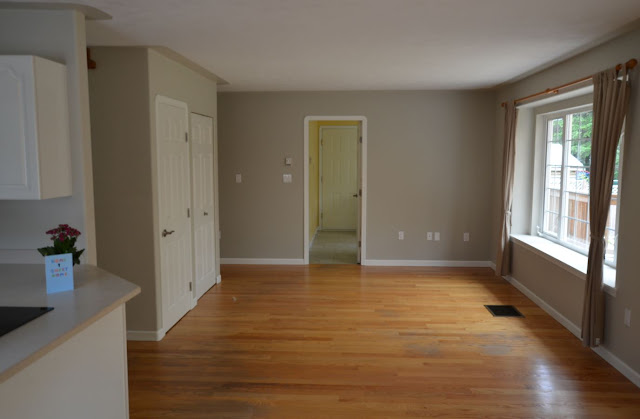 Wood stove. Not as nice as a fireplace, but ... 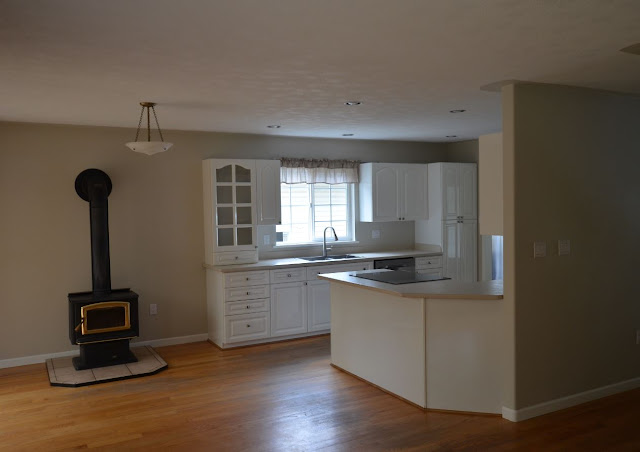 Not sure if we'll do anything with these plant beds. The one with the short green plants contains strawberries. Also hoping Cookie will confine her digging to these beds, if uncovered. 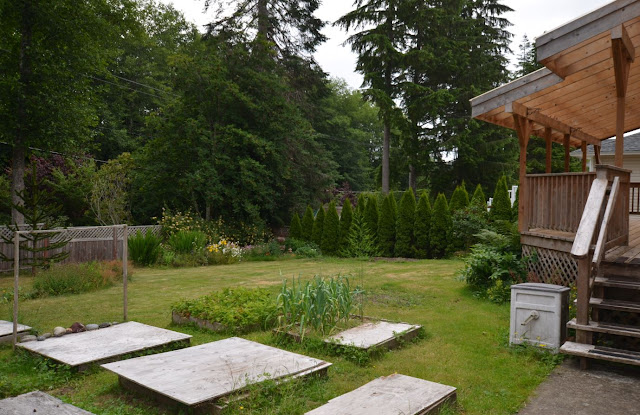 Most of the 40-foot deck is completely covered, which is perfect in a place where it tends to rain nearly every day during the winter months and for people who prefer shade to direct sun. Also included: firewood! 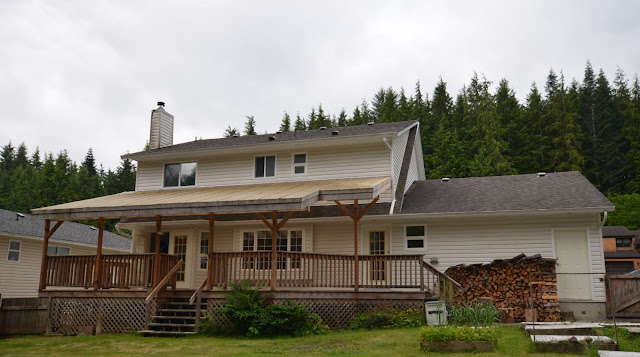 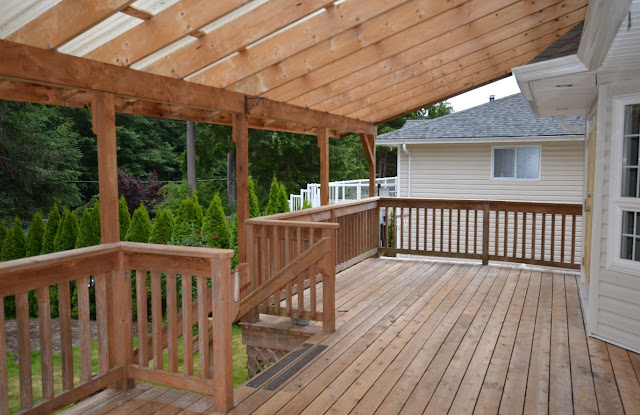 The previous owners did a lot of landscaping. 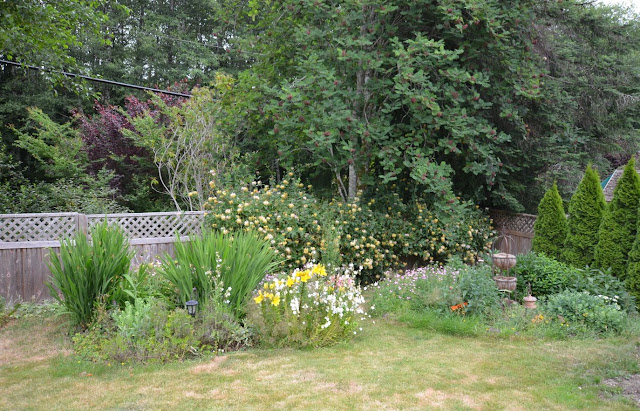 The view from Laura's office window. 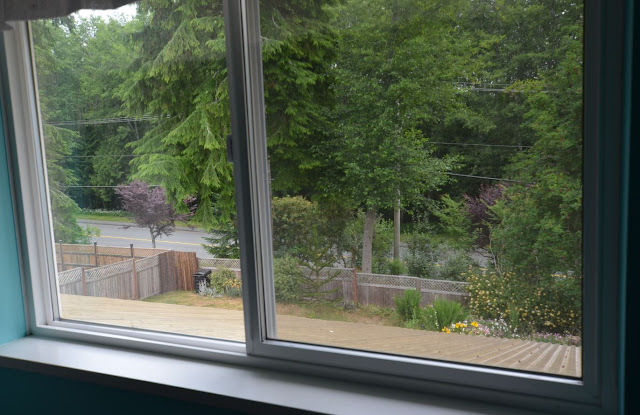 Our offices. We actually like the colours. Mine's the green one. 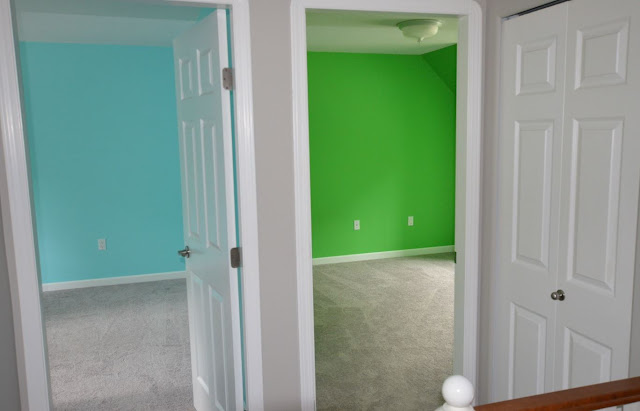 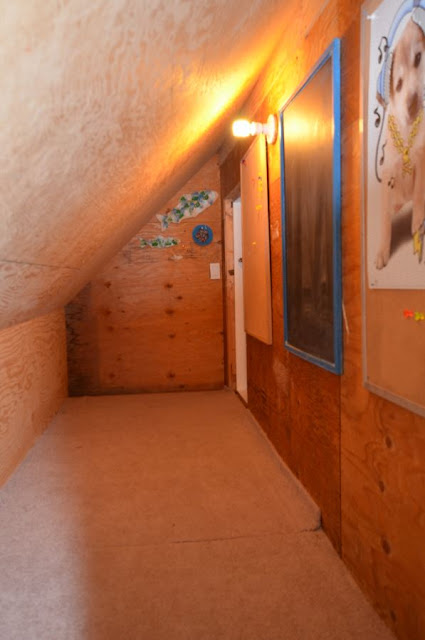 With a Pup Rock poster! 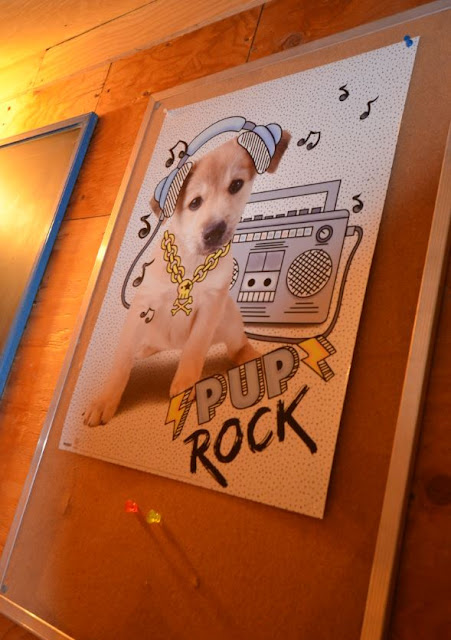 The new home of The Joy of Sox. 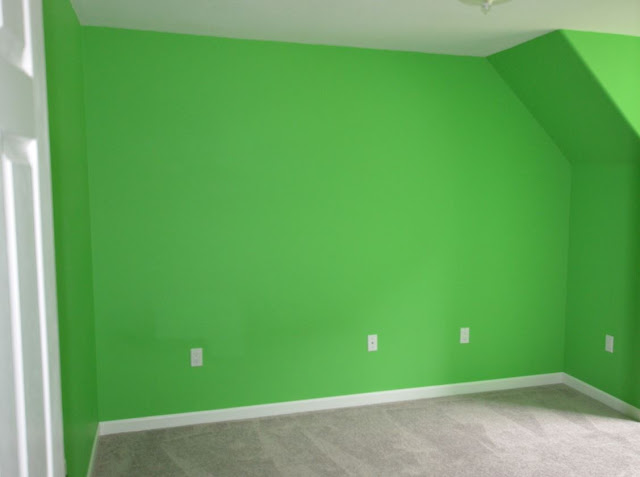 In addition to the Pup Rock poster and the firewood, the sellers also left us a piano. (I think I know why: it is insanely heavy. We cannot budge it.) 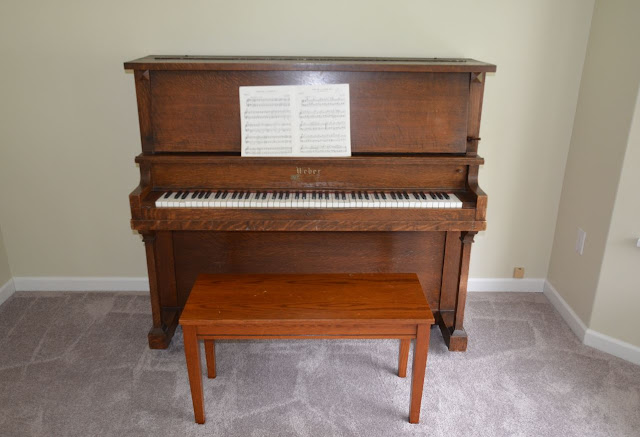 Whenever I consider a list of my absolute favorite musicians, I tend to forget about Bob Mould. That absent-mindedness makes no sense at all because I have loved nearly 100% of Mould's music since I first discovered Hüsker Dü way back in the (celebrated) summer of 1984.

I've been listening to Bob Mould for 35+ years (Hüsker Dü, Sugar, and albums under his own name) and I can throw on any album from his discography at any time and be thoroughly engaged. I cannot think of anyone else about whom I can say that.

I find some of his stuff, like 1993's Beaster, just as musically mind-blowing as it was when it first came out. (Once it was recorded, Mould said he found it "unnerving" to listen to his lyrics.) The Times (UK): "Rarely has a band rocked out with such bleak intensity and utter conviction. A vast cathedral of noise and despair, erected and demolished in half an hour flat, this is an album which has to be heard to be believed."

Bob Mould has never done anything other than exactly what he wanted to do. His early work influenced many bands, but that acknowledgement came years after the fact. He will turn 59 this fall (We share a birthday!) and he shows no sign of a creative letdown. It's amazing.

There are other musicians who have steadfastly done their own thing (Bob Dylan, Van Morrison, Neil Young, Elvis Costello), but that usually means there's a lot of their stuff I don't care about or actively dislike. Case in point: The songs on Elvis Costello's four albums from 1977-79 are endlessly inventive, both musically and lyrically, but I haven't cared a whit about anything he's done in the last 33 years.

That is not the case with Mould. Hell, I even like most of Modulate, his 2002 electronica-influenced album which confused (and turned off) a lot of the fans of his deafening guitar sound. (Though I freely admit I have never listened all the way through the 219 seconds of "Megamanic"!)

A Good Idea / Changes / The End Of Things


Something I Learned Today / Come Around / Losing Time


In A Free Land / Celebrated Summer