Trump Claimed More Than Two Weeks Ago That The US Had "Passed The Peak" Of New COVID Cases. He Was Completely Wrong.

On April 15, Donald Trump said the worst was over for new cases of COVID-19 in the US.


While we must remain vigilant ... the data suggests that nationwide we have passed the peak on new cases.

New cases were "declining" in New York and "flat" in Denver and Detroit, he said, while Baltimore and Philadelphia were "showing great signs of success".

There have been more than 2,000 US deaths on nine of the 16 days since Trump's statement, including 2,470 this past Tuesday (the fifth-highest total during the pandemic).

Like everything else Trump has said during his presidency, his claim that cases had peaked more than two weeks ago was pure horseshit.

Here are the daily confirmed cases for the US in April. Trump's "peak" is in the middle of that line. 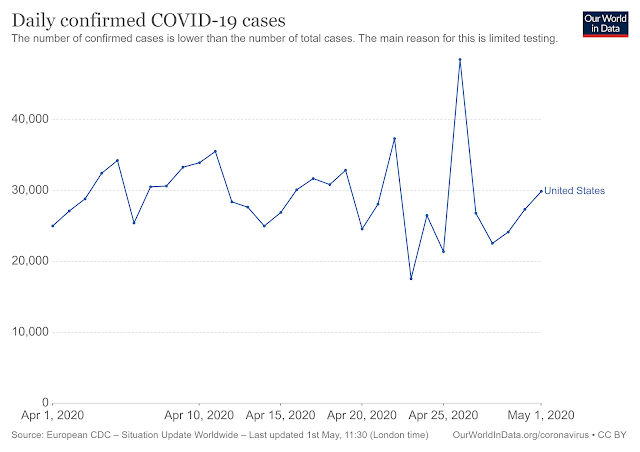 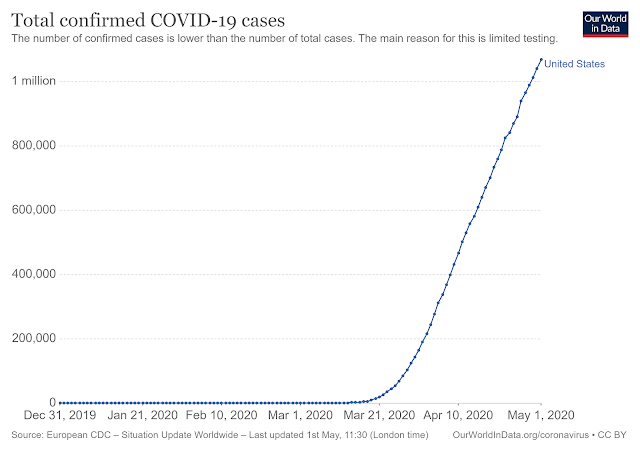