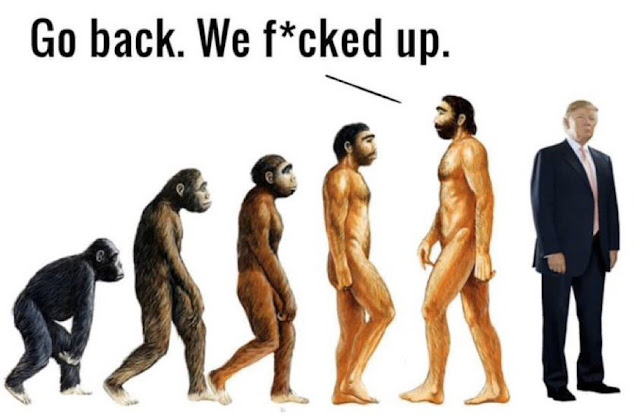 The "Facing The Darkest Winter In Modern History" Edition


Breaking via Axios: Dr. Rick Bright is expected to testify that the Trump admin was unprepared for the coronavirus, and that the U.S. could face the "darkest winter in modern history" if it doesn't develop a national coordinated response.https://t.co/qhSSfvYrvN
— Kyle Griffin (@kylegriffin1) May 13, 2020

[sits on my hands for months as this virus just wrecks the entire country...]


Trump Pushing CDC To Change How Covid-19 Deaths Are Classified, To Lower The "Official" Death Toll

Instead of doing a better job so there are fewer actual deaths, manipulate the official numbers to make yourself appear to have done a better job.

Mcconnell republicans blocking the release of CDC safety guidelines and criticizing more testing as harmful to the economy is about the same as claiming firefighters are dangerous to a burning house. https://t.co/a1yQW7AAKR
— Bill Pascrell, Jr. (@BillPascrell) May 13, 2020

The cycle is underway: Republicans pretending to have principled concerns about government spending after they've blown up the budget and just in time for a Democratic president to take office pic.twitter.com/f3BgESdfH5
— Aaron Rupar (@atrupar) May 13, 2020

Trump and members of his task force are pushing the CDC to change how the the agency works with states to count covid19 deaths.They’re pushing for revisions that could lead to far fewer deaths being counted than originally reported
https://t.co/oNDKwh4lup
— Erin Banco (@ErinBanco) May 13, 2020

Maybe she should just tell each state the number the President wants, for each day, to reach the desired total. This would make it so much easier, wouldn't it?
— OpiesDaughter (@OpiesDaughter) May 13, 2020

I liked this one where their top 6 headlines were “articles” about their own personalities opinions. pic.twitter.com/pciVPlrJMO
— Country Before Party (@godcountryparty) May 13, 2020

There’s even a few not highlighted things related pic.twitter.com/E1MQHqidyk
— Octavius (@Octavius_Julii) May 13, 2020


Does Trump Really Want To Go There?


Can "Proudly Displaying My Mental Illness" Be Considered A Hobby?


I hope you find a hobby you enjoy as much as the president enjoys criminalizing stuff and accusing people of crimes on Twitter
— Aaron Rupar (@atrupar) May 13, 2020

Remember to make sure your post contains a coherent thought before hitting the "Tweet" button, folks https://t.co/XrbgiXk8Sb
— Aaron Rupar (@atrupar) May 13, 2020

Since Sunday, Trump has used his Twitter account to make or elevate allegations of criminal conduct against no less than 20 people and groups, throwing out unfounded accusations including even murder as he rages against his enemies. ⁦@ToluseO⁩ https://t.co/MHsbef6md5
— Peter Baker (@peterbakernyt) May 13, 2020

Hmm no. But he’s not afraid to say the appalling thing. He embraces racism easily and eagerly. He seems to have no core beliefs abd most importantly, no shame, so there are never any lessons to learn. He’s a narcissist, so all that matters is everythings impact on him. 1) https://t.co/pGkgi8rVg6
— Soledad O'Brien (@soledadobrien) May 13, 2020

He is eagerly cruel, which many find appealing. He is not book smart, but he can read a room, usually. When he fails, he runs off, or swaps messaging. His biggest success is getting the media to always embrace his framing, his wording, his pov. Always. He is a “big character’ 2)
— Soledad O'Brien (@soledadobrien) May 13, 2020

Thus, he is “good tv”. But he stands for jothing and surrounds himself with weak people who also have no core beliefs.

So nope—he’s pretty stupid, but fearless in his bigotry and meanness, which appeals to many.
— Soledad O'Brien (@soledadobrien) May 13, 2020

Just because someone is effective in achieving some of their aims doesn’t make them smart. It may just make them ruthless and amoral. Tasmanian devils are very effective at devouring their entire prey, tooth and nail. No one thinks they are brilliant. https://t.co/tbyCy2w93u
— Anne Lutz Fernandez (@lutzfernandez) May 13, 2020

Exactly. Jeffrey Dahmer was brutally effective at eating more people than any other American. I believe his diagnosis was “disorganized psychopath”
— Angus McRockford (@AngusRockford) May 13, 2020


"The Latest Incomprehensible Incarnation Of A Right-Wing Fever Dream ... Some Sort of 'Deep-State' Lollapalooza"


Obama can just ignore a subpoena regarding his activities as president, right? That's apparently how it works these days. #SubpoenaObama
— Pé (@4everNeverTrump) May 13, 2020

The same people calling to #SubpoenaObama over a debunked conspiracy theory are the ones who believe Trump should be completely immune from the rule of law, even though he obviously committed crimes. If you are one of these people, you need a mental health exam.
— Ms. Krassenstein (@HKrassenstein) May 13, 2020

I’m old enough to remember when President Obama ordered a hamburger with dijon mustard and it was a three-day long scandal. #SubpoenaObama
— Andrea Junker (@Strandjunker) May 13, 2020