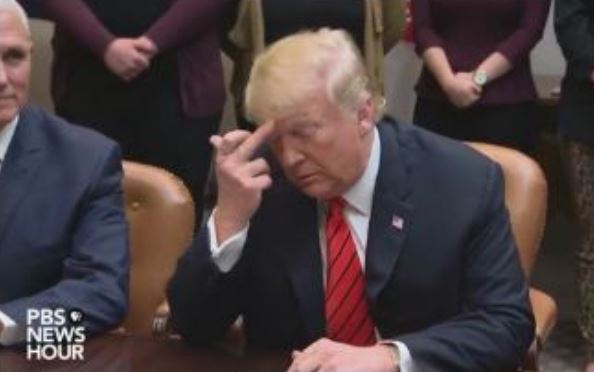 Donald Trump and his administration are projecting a steady rise in the number of COVID-19 cases and deaths, according to an internal White House document.

The Trump administration has no problem with that staggering increase in dead Americans. The document is dated May 1 and it's still "full speed ahead" on Trump's grand plan to "re-open" the economy and save his re-election campaign.

Trump believes a strong stock market over the summer will make voters forget about the growing pile of American corpses (itself a direct result of Trump's knowing refusal to take dozens of warnings seriously, his deliberate delays and criminal interference in stopping essential, life-saving supplies getting to hospitals, his overt abandonment of the states (and especially those with Democratic governors), and his inhumane, psychotic obsession that the White House direct all of its focus on his re-election chances.

The US suffered 58,705 deaths in April. That's one month. There are six months until the election.

A high percentage of Americans do not believe it is safe to go shopping. If there are nearly twice as many Americans dying every day (and close to a quarter-million new cases every day), that percentage obviously will not be going down. How can that be good for the economy? When the virus first got out of control a few months ago, the stock market cratered. It will do the same the second time around. Or it will be worse, since a repeat of Trump's earlier debacle will not exactly inspire confidence that the man is capable of learning anything.

Trump's aides have either (1) not considered that obvious point, (2) are afraid to tell him, or (3) they have told him and he has replied that he doesn't care. He is willing that take that gamble.

The Institute for Health Metrics and Evaluation at the University of Washington has changed its estimate of US deaths. A little more than two weeks ago (April 17), it estimated 60,308 deaths by August 4, which was 16 weeks away. The US passed that number 12 days after the prediction.

The Institute's current estimate (taking into account "rising mobility in most U.S. states as well as the easing of social distancing measures")  is close to 135,000 deaths by August 1. It's a very good bet that number will have to be revised fairly quickly, as well.

The Times: "The projections confirm the primary fear of public health experts: that a reopening of the economy will put the nation back where it was in mid-March, when cases were rising so rapidly in some parts of the country that patients were dying on gurneys in hospital hallways." 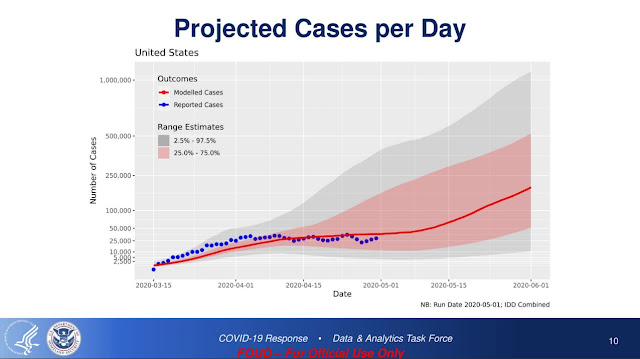 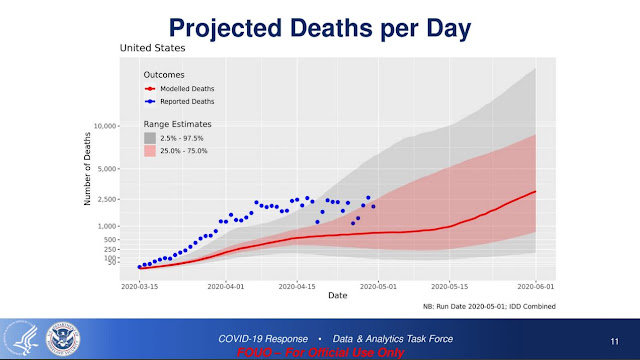 Keeping total US deaths to 100,000 already seems impossible. They’ll hit that mark before June at this rate.

If they only averaged 300 deaths/day until the end of the year (extremely optimistic) total deaths would be 140k+. and they’re easing restrictions not tightening them. https://t.co/yWRoFi1iLf
— Mark Gottlieb (@MarkGottlieb) May 4, 2020

Trump has literally not had a single thing on his schedule 2 of the last 3 days https://t.co/vzxSH4JWwa
— Aaron Rupar (@atrupar) May 5, 2020

Sen. Ron Johnson walking onto the Senate floor today without a mask on: "I wear a mask when I go into grocery stores, that type of thing. I think around here we probably won't have to. They're not pleasant to wear, are they?" 😑 https://t.co/ffvolWfLkv
— Jennifer Bendery (@jbendery) May 5, 2020