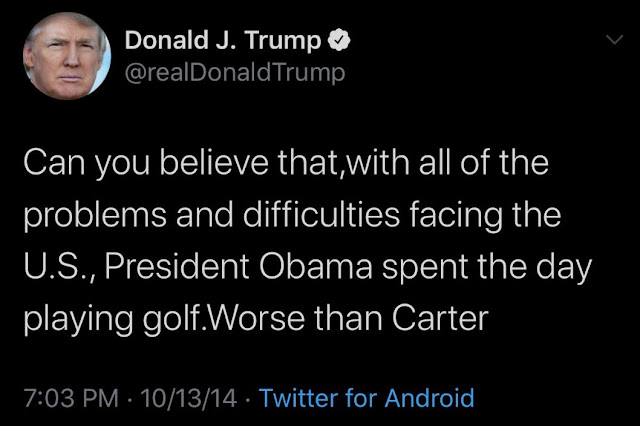 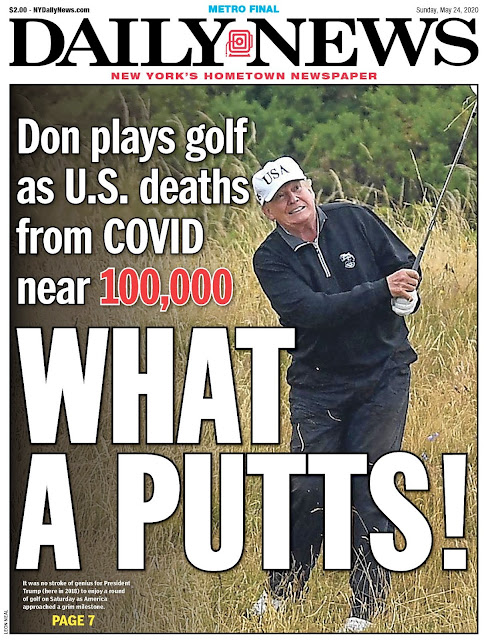 "Much Very Good" - Trump Fails At Everything, Even Newspeak

And "Much very good" is a phrase that they teach in many elementary schools, isn't it?

Many, many elementary schools are saying...

I have much very good Big Macs in my kitchen pantry right now... pardon me while I go very much go snack on them.
— ObiWanKenobleprize (@OKenosis) May 25, 2020

Before sending American children to school:

•Trump should interact with untested visitors.

•Paul Manafort should return to prison.

•Ivanka and kids should ride the subway.

•Fox News should broadcast from their studios.
— jen pal (@jennyrachelpal) May 25, 2020

Does anyone know which church trump went to today?
— Adam Parkhomenko (@AdamParkhomenko) May 24, 2020

Remember when Trump used to criticize President Obama for golfing?

But Trump allegedly donated 25% of one year's presidential salary to a government agency.

So it all evens out.

No Response At All

No federalization of the supply chain.

No national closure and reopening standards.

No effort to lead the global response.

The problem isn’t that Trump’s COVID response has been flawed.

The problem is he’s mounted NO NATIONAL RESPONSE AT ALL.
— Chris Murphy (@ChrisMurphyCT) May 24, 2020


Trump can scream about China not alerting the world soon enough but he can't ever explain away why he's essentially done nothing since then except whine, pout, blame, lie and otherwise act like a sullen teenager upset that his dad grounded him before the senior trip.

He doesn't know what to do because even today he remains as clueless about the job of president as he did on the day he was inaugurated. He cannot learn, he doesn't read, he won't change and he can't take any criticism. All the federal government has done is make things worse.

Wait! Trump is busy ... He's considering creating a formal White House commission to oversee complaints of anti-conservative bias on social media platforms. He really is. Back in July 2019, Trump tweet-whined about "the tremendous dishonesty, bias, discrimination and suppression practiced by certain companies. We will not let them get away with it much longer."
Posted by allan at 12:15 AM