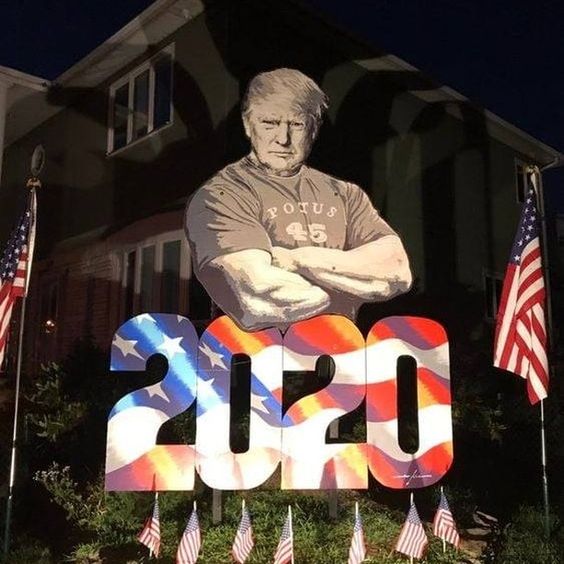 
Everything is transactional to Trump: “We give a lot to NY, you know, including great defense, defense to the whole country ... more could be done for NY, but the leadership is so hostile in the form of your senators ... then they come in & want things." https://t.co/w9FfALkRB5
— Aaron Rupar (@atrupar) May 5, 2020

Trump on press briefings that b/c necessary because he was unprepared for a deadly pandemic: “We set every record with those press conferences. Six million people all the time ... I heard, is this true? It was the highest-rated hour in cable TV history." https://t.co/tXslRDyIjP
— Aaron Rupar (@atrupar) May 5, 2020

"We saved millions of lives, I think," Trump said, referring to a scenario in which he responded to the coronavirus by literally doing nothing. He dismissed a leaked CDC projection of daily US deaths nearly doubling over the next month as “fake news.” https://t.co/X5lilmktPT
— Aaron Rupar (@atrupar) May 5, 2020


REPORTER: Why won't you let Fauci testify before the House?

TRUMP: "Because the House is a set up. The House is a bunch of Trump haters ... they, frankly, want our situation to be unsuccessful, which means death." pic.twitter.com/G3G5OoV5IV
— Aaron Rupar (@atrupar) May 5, 2020

Trump on US businesses reopening: "The whole world is excited, watching us, because we're leading the world." (The US has nearly three times more coronavirus deaths than the second worst country.) pic.twitter.com/9l0iW24AjW
— Aaron Rupar (@atrupar) May 5, 2020 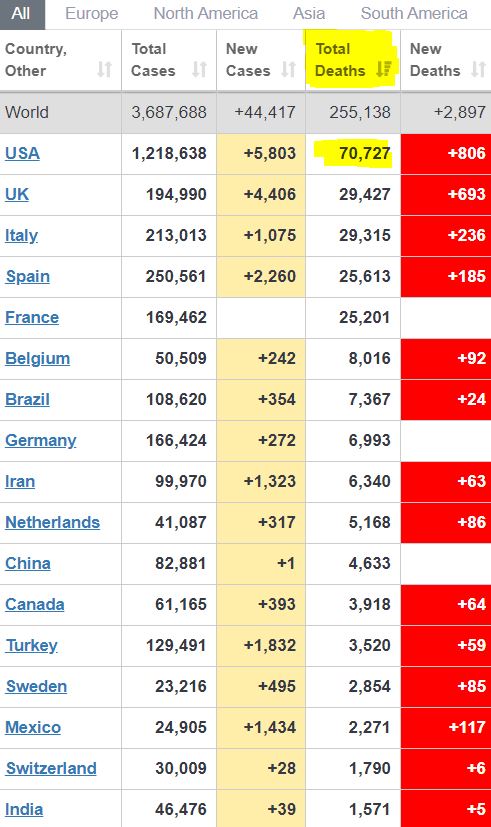 Trump lies and says models that show US coronavirus deaths increasing in coming weeks are based on "no mitigation," which is not the case. They are based on the relaxation of mitigation that he has been championing. pic.twitter.com/ijqmzGya73
— Aaron Rupar (@atrupar) May 5, 2020

REPORTER: Are you concerned that deaths are projected to rise b/c states are relaxing guidelines too early? TRUMP: No ... the fact that we're letting people go & go to their jobs -- they have to do it ... between drug abuse, suicide -- there's no great win one way or the other pic.twitter.com/dPO92VNNvY
— Aaron Rupar (@atrupar) May 5, 2020


Hannity comes out against armed protests: This with the militia look here and these long guns uhhh no. Show of force is dangerous. That puts our police at risk... No one should be attempting to intimidate officials with a show of force pic.twitter.com/glWU0uaEio
— Acyn Torabi (@Acyn) May 5, 2020


A security guard at a Family Dollar store in Flint, Michigan, was shot and killed after telling a customer to wear a state-mandated face mask, police say https://t.co/L0bp65iOYt
— CNN (@CNN) May 5, 2020

"We are looking at probably the worst unemployment rate since the Great Depression." The unemployment rate could be as high as 20% in the jobs report that will be released Friday, according to Kevin Hassett, senior White House economic adviser. https://t.co/jGNrBi134f pic.twitter.com/PsOBbSTImL
— CNN (@CNN) May 5, 2020

A Walmart in Quincy, Massachusetts, closed after a cluster of coronavirus cases was identified among employees. One employee from that location has died, according to the Quincy Commissioner of Health https://t.co/uWCemBBIUV
— CNN (@CNN) May 5, 2020

If you wonder how the White House had an economist build its COVID model and how that model shows no more people will be dying in about 11 days you should know that that economist's main claim to fame is writing a book called Dow 36,000 in 1999. In other words, three crashes ago.
— Josh Marshall (@joshtpm) May 4, 2020

The Ministry of State Security told Chinese leaders that they need to prepare for armed confrontation between the United States and China. Major Reuters scoop -- and one published without a byline, an indication of just how sensitive the information is. https://t.co/X3Ve6TEa55
— Isaac Stone Fish (@isaacstonefish) May 4, 2020


A group of RINO Republicans who failed badly 12 years ago, then again 8 years ago, and then got BADLY beaten by me, a political first timer, 4 years ago, have copied (no imagination) the concept of an ad from Ronald Reagan, “Morning in America”, doing everything possible to....
— Donald J. Trump (@realDonaldTrump) May 5, 2020

....get even for all of their many failures. You see, these loser types don’t care about 252 new Federal Judges, 2 great Supreme Court Justices, a rebuilt military, a protected 2nd Amendment, biggest EVER Tax & Regulation cuts, and much more. I didn’t use any of them....
— Donald J. Trump (@realDonaldTrump) May 5, 2020

....because they don’t know how to win, and their so-called Lincoln Project is a disgrace to Honest Abe. I don’t know what Kellyanne did to her deranged loser of a husband, Moonface, but it must have been really bad. John Weaver lost big for Kasich (to me). Crazed Rick Wilson....
— Donald J. Trump (@realDonaldTrump) May 5, 2020

It's so reassuring to hear the measured, straight talk of a sane man during a crisis.

Also, the US military finally has some bullets.
Posted by allan at 10:28 AM