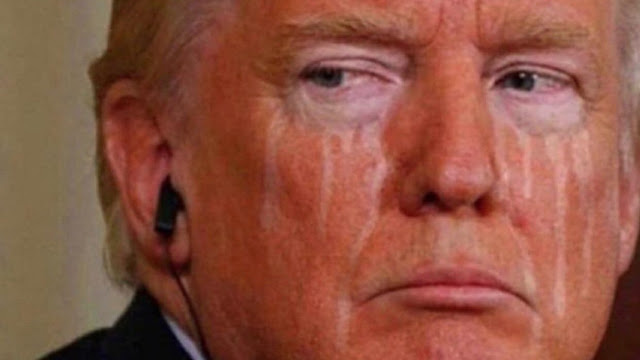 Statement by President Donald J. Trump on the Electoral Certification:

“Even though I totally disagree with the outcome of the election, and the facts bear me out, nevertheless there will be an orderly transition on January 20th. I have always said we would continue our...

...fight to ensure that only legal votes were counted. While this represents the end of the greatest first term in presidential history, it’s only the beginning of our fight to Make America Great Again!”

Yet he still needs to be 25th’d. As if he hadn’t already committed enough atrocities to warrant it, the riot in DC should be a non-negotiable act. He shouldn’t be able to weasel his way out of repercussions.

During his rally yesterday, Trump encouraged his supporters to march on the Capitol. His personal lawyer Rudy Giuliani told them: “Let's have trial by combat.”

I think of myself as pretty prescient about Trump stuff. But, damn, this is one helluva thread. Not only predicts the insurrection yesterday but the precise modalities and triggers. The mob was clearly there for trouble from the start. And I suspect we'll find out much more ... https://t.co/VNa0WkR54M

We've already moved past "Antifa did it" to "they thought the Capitol was 'open.'" Do you usually break windows, chase down police, then rappel down balconies to get into WalMart? https://t.co/jQbbiiRlhA

Joe Scarborough to Capitol Police on @Morning_Joe :
"Why are you known as badasses around the Capitol...but then Trump supporters come in and you open the FUCKING DOORS for them." pic.twitter.com/jnuES5qKao

Tucker Carlson: “We got to this sad, chaotic day for a reason. It is not your fault. It is their fault."

Right-wing narrative re yesterday’s domestic terror is classic victim-blaming, abuser’s rationale for domestic violence: “look what you made me do” https://t.co/AgsCc40ABA

Pete Hegseth published a book last year called American Crusader that literally calls for the “annihilation” of the Left. He has helped build the ideology from which Trump loyalists’ anger manifests. https://t.co/oJC9HtTOWP

These scandals have a common pattern where for the first 24 hours it looks like Republicans are finally going to stand up to Trump. Then, as right-wing media starts to recast the narrative, they revert back to supporting him. We've seen this dozens of times now.

MAGA the last 2 weeks: HEY GANG LETS CARPOOL TO BERLIN TO BURN DOWN THE REICHSTAG

MAGA this morning: CHECK OUT MY SELFIE ON WAY TO BURN DOWN THE REICHSTAG

MAGA later this morning: ME, BURNING DOWN THE REICHSTAG

"Let's call Trump. He'll be happy. We're fighting for Trump." then continues, "We need to get our boy Donald J. Trump into office."pic.twitter.com/WIy0sUwKIO

In what other country can you violently storm the Capitol, and then retire for the evening to the Grand Hyatt for a nightcap and a good night's sleep? https://t.co/USDzniYZen

Well, now authorities know who they are. They should be arrested and charged, at a minimum:
40 USC §5104(e)(1)(B) & §5109 make it a federal crime to enter the floor of either House of Congress through the use of force and violence.
They can hire lawyers & have their day in court.

The amazing thing about "it might have been antifa" is that Trump literally summoned these people to DC, spoke at their event, offered to walk them over to the Capitol and then praised them afterward.

Proud Boys: “Stand back and stand by.”

Terrorist attack on the Capitol: “We love you.” @realDonaldTrump wants violence and chaos. He sees this as a useful tool to exploit and a sign of affection and support from his followers.

.@FBI we can help. You need to find this guy: https://t.co/2ywIqjLeuS pic.twitter.com/ItASG6BNIE

Multiple top Trump admin officials have already resigned or are considering resignations after violence erupted at the Capitol Wednesday. Among those rumored to be exiting is Sec. Elaine Chao. https://t.co/EKMm1y0giO 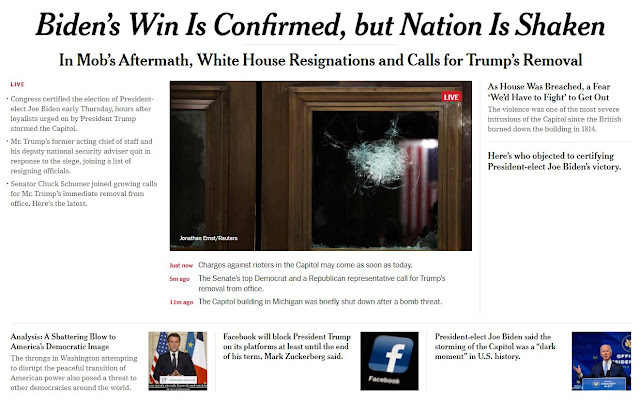 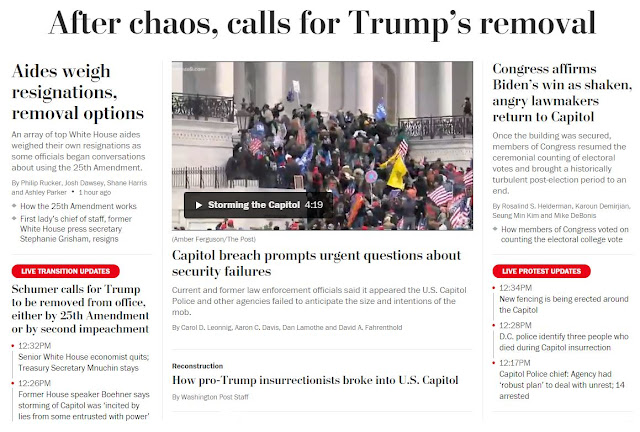