For Trump's Entire Term, Too Many US Newsrooms Were Afraid To Report Honestly And Say "He Lied" 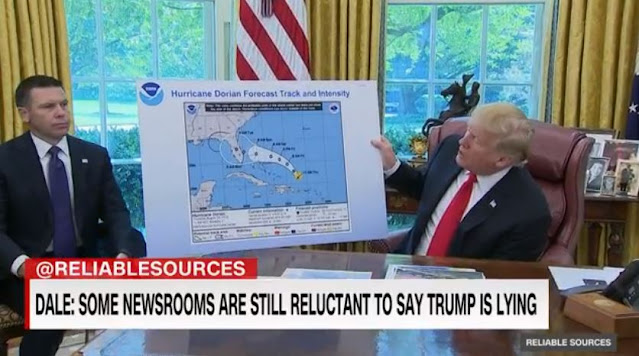 I fact checked every public word Donald Trump said or tweeted for just under four years. The job was unrelenting. The job was unrelentingly weird. . . . And it took over much of my own life.
I started counting Trump's false claims in September 2016, late in his race against Hillary Clinton, when I was the Washington correspondent for my hometown newspaper, Canada's Toronto Star. I started because I was frustrated by a gap in most US media coverage. Trump's incessant dishonesty was barely being mentioned in news copy, let alone treated as what it was: a central story of that campaign. . . .
I thought Trump's deception was bad then. It got much worse. . . . What started as a side project I could handle in a few hours a week started requiring regular all-nighters. By the time I joined CNN in mid-2019, it required a second reporter, Tara Subramaniam. . . .
People kept asking me if the work felt pointless given his imperviousness to correction. It never did. The point was never to change Trump's own behavior. . . .
I never got a good sense of how many Trump supporters were genuinely interested in the work of fact checkers . . . [I]t has never been more obvious that a good chunk of the President's base has either followed him or preceded him down a rabbit hole of conspiracy theories.
Frankly, I don't know how to reach this hard-core bunch. But we should remember that it is a minority of the country, and we shouldn't let its belief in lies deter us from our mission of truth-telling. Whether we're covering Trump or Biden or any other politician, we need to be straight with our readers and viewers.
Media coverage of Trump has improved since the inadequate 2016 coverage prompted me to embark on this project. By 2020, some traditional outlets would at least occasionally use the word "lie" in their Trump coverage; some would at least occasionally write stories focusing on the dishonesty. To be frank, though, I think the coverage of the lying remained inadequate to the end.
Too often, coverage of flagrantly dishonest Trump speeches still mentioned the dishonesty in passing or not at all. Too often, coverage still quoted the President's lies without explaining that they were wrong.
Telling people what is true and what is false is a core responsibility of every news reporter and every outlet. Pointing out a lie is objective reporting, not bias. And as interesting as all of this has been for me, fact checking should not be left to the designated fact checker.

Dale identifies the 15 most notable lies of Donald Trump's presidency.

I've selected the 15 Trump lies that stand out to me from his four years in power -- for their importance, for their egregiousness, for their absurdity, or for what they say about the man.

Twelve National Guard members have been removed from duties related to the inauguration of President-elect Joseph R. Biden Jr., two of them for expressing anti-government sentiments, Defense Department officials said on Tuesday.

Two of the members were removed over texts and social media posts that made threatening comments toward political officials, Pentagon officials said. They declined to specify the exact nature of the threats.

Perhaps turning a blind eye for years to the tremendous number of white supremacists and other right-wing extremists in the US military and police departments across the country was not such a great idea.

Are you curious about a A complete list of Trump's Twitter insults from 2015 to 2021? Here are his CNN-related insults:

On the day of the Capitol insurrection, Mike Lindell of MyPillow offered a "FightforTrump" discount code. Lindell has also used the discount code "qanon". 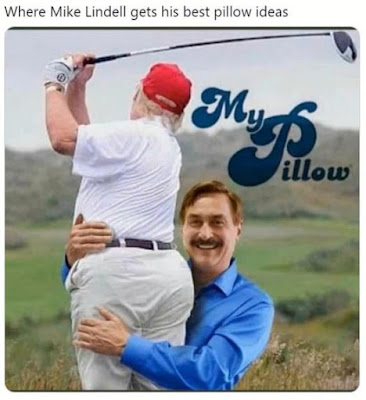 With a Democrat about to become President, republicans are now pretending to care about deficits and debts again. Let’s not pretend to believe them this time. https://t.co/iXWGe11Tlo

Last January, Trump told CNBC about coronavirus: “We have it totally under control. It’s one person coming in from China. It’s going to be just fine.”

A year later, Biden will attend the first national COVID memorial for 400,000 victims ... on Trump's final full day in office.

sorry i tried to get you murdered pic.twitter.com/AXHJUaNxJQ

And this is called foreshadowing https://t.co/xIGXB8OFV2

Ainsley Earhardt: "They'll criticize President Trump but no one can argue, he is a worker. He doesn't drink alcohol, he stays up late at night, he watches every show, he's working -- he got to work immediately." pic.twitter.com/1FcS8gCW5f

Capehart: Why do you think Congresswoman Boebert is singling you out?
Maloney: Because she’s incompetent pic.twitter.com/54IsHXDHIP

McConnell commemorates President Trump’s last day by specifically blaming him for the riot at the Capitol https://t.co/lx9tKSr0w5

Conservatives want un-regulated free-market capitalism... until those unregulated capitalist make a decision they don’t like... #TwitterPurge

Lindsey Graham blames Nancy Pelosi for the security failure at the Capitol pic.twitter.com/SBJebqHTlM

Judge Jeanine & @RaymondArroyo are confused as to why Kamala Harris is getting so much attention for being first woman, Black person, South-Asian person as VP

Arroyo: "Donald Trump was the first billionaire and first real estate mogul, he wasn't getting documentaries like this."

Have ever watched a clip that made you go “did they actually say that shit on tv” pic.twitter.com/Knd1k1vENb

Is this an SNL skit https://t.co/TPYje7Ygw8