Trump Held Rallies In 30 Counties Two Weeks Before Election; His Support Was Worse Than 2016 In 25 Of Them

In the final two weeks of the 2020 campaign, Donald Trump held numerous rallies, believing they would be essential to winning a second term. But Trump was dead wrong about that, just as he has been dead wrong about everything else in his life.

In 25 of the 30 counties - from Arizona to Nebraska to Pennsylvania - Trump received less support than he did in 2016. In all but five of the 30 counties, his margin of victory was smaller or the county flipped for Joe Biden. 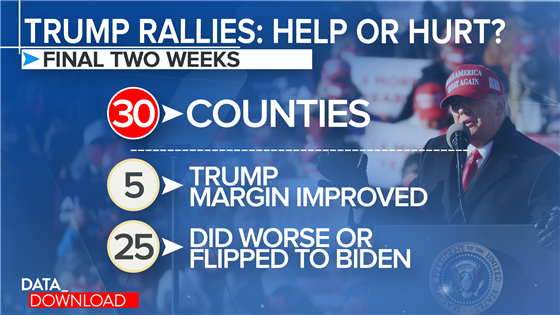 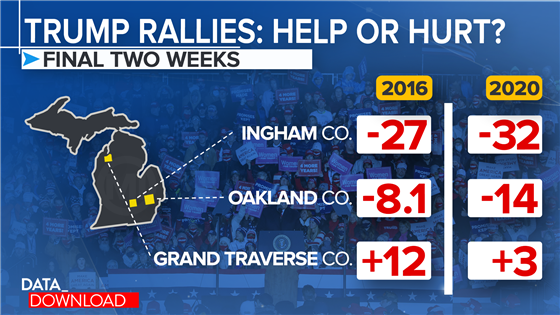 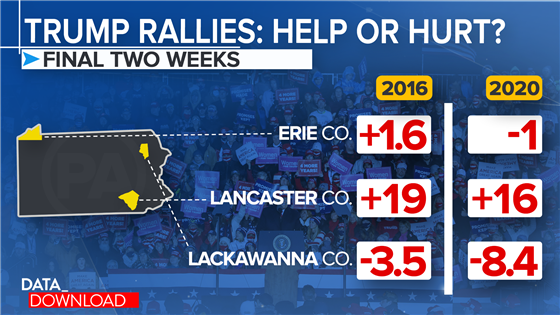 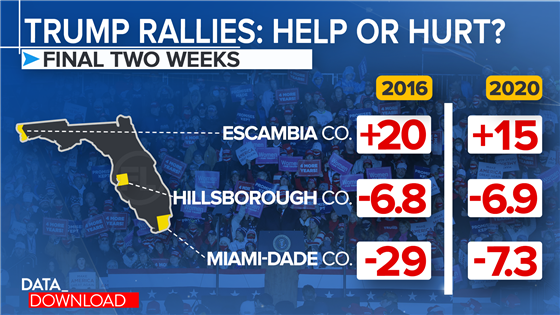 Heather Digby Parton notes: "It’s possible that the reason his rallies actually lost him votes is because half the people who attended them either died or were too sick to vote."

A related thought: It's quite possibly dead people did vote in the election. After casting early votes, they died of COVID-19.