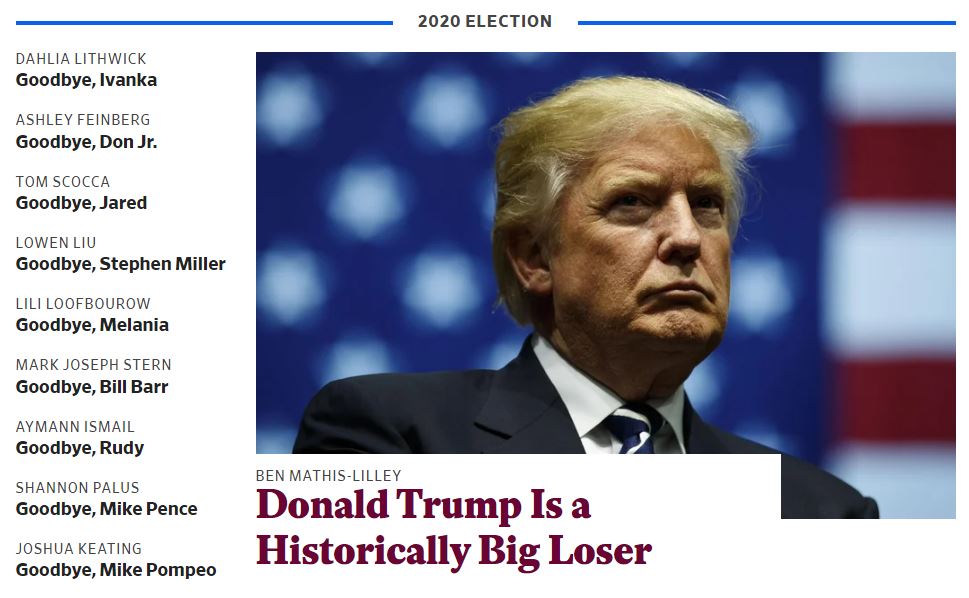 Trump watches celebrations of his defeat as he returns to the White House from playing golf on Saturday. (Getty) pic.twitter.com/tj5YSYcWIg

Oh my fucking god it’s real. The Trump team booked the wrong “four seasons” and now it all ends in a landscaping firm parking lot. Unbelievable. It should be illegal to be this happy pic.twitter.com/9myRQde4G0

And it’s right next door to Fantasy Island pic.twitter.com/RgTONEpImJ

Here is the moment the Trump Legal Team found out the networks declared @JoeBiden the winner at their lawn mower/dildo store parking lot: pic.twitter.com/w615zXWkxc 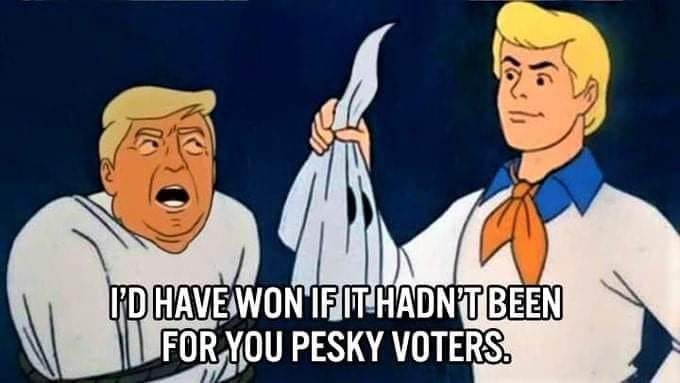 "Donald Trump ... will be denied a second term." -- Here's the moment that Fox News projected Joe Biden has been elected to become the next President of the United States pic.twitter.com/JAM6gA8GM9

The GIF takes on new resonance with CNN and Fox News projecting Biden's victory while Trump is on the golf course pic.twitter.com/E1LhcdTkp3

Some wondered if Fox News would refer to Joe Biden as the President-Elect while Trump refuses to concede. It appears they will. pic.twitter.com/K7Gz17TDzp

Chris Wallace: "Trump has every right to pursue legal challenges, other failing candidates have in the past. So far we didn't see anything to rise to the level of serious fraud and certainly not a serious fraud that would change the results of elections." pic.twitter.com/nYlKORS76G

Chris Wallace: "I think it's going to be increasingly untenable [for Trump] because I think you're going to start to see a lot of the Republican leaders, who realize their fortunes and futures are no longer tied to Donald Trump, are going to begin to pull back." pic.twitter.com/uxEtXInqOG

Jake Tapper on Trump's more recent tweet falsely declaring victory in the election: "This has become normalized. But this is just nuts. That's a crazy thing for somebody to say." pic.twitter.com/QgjygILbB1

Some insight into how the president is feeling after a round of golf. pic.twitter.com/v6WxiWFmBY

If his observers weren’t allowed to see, how does he know bad things happened? 🤔


Even the name of the Sex Shop is just Fantastic

The Plane
The Plane

The Votes are here !