Trump: "So I Said To My People, 'Slow The Voting Down, Please'" 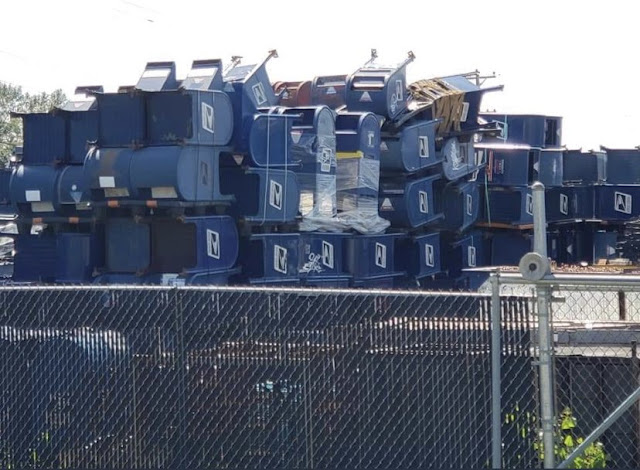 Donald Trump, a life-long grifter, has had no problem continuing a fine American tradition. He has installed a former coal lobbyist (Andrew Wheeler) as head of the Environmental Protection Agency, tapped a former oil and gas lobbyist (David Bernhardt) to lead the Department of Interior, picked a top lobbyist for Raytheon (Mark Esper) to run the Defense Department, and named an automobile lobbyist to be in charge of the Energy Department.

Trump is not always successful, however. He was unable to place his personal physician as head of the Department of Veterans Affairs.

Having made excessive donations to Trump's campaign, Louis DeJoy was chosen by Trump to destroy manage the US Postal Service. DeJoy earns tens of millions of dollars from his investments in the Postal Service's competitors; thus, he would greatly benefit from its destruction.

Louis DeJoy and his wife Aldona Wos reported between at least $30 million to just over $75 million in assets from XPO Logistics, J.B. Hunt and UPS. All are competitors with U.S. Postal Service operations. 1/
— Wajahat "Wears a Mask Because of a Pandemic" Ali (@WajahatAli) August 14, 2020

While government records confirm their ownership of the assets, the exact value of the holdings is not clear from the records. 2/2
- @USATODAY https://t.co/9CrSPLQtb8
— Wajahat "Wears a Mask Because of a Pandemic" Ali (@WajahatAli) August 14, 2020 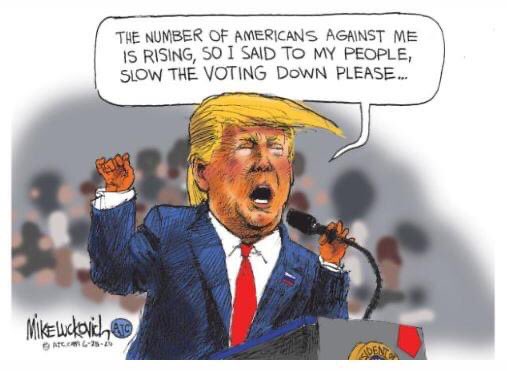 Retweet if you agree we need to #RescueOurVotes from Trump and Louis Dejoy so they don’t rig the election. pic.twitter.com/hmG0Pjj5j7
— Really American 🇺🇸 (@ReallyAmerican1) August 15, 2020

About 100 people gathered outside the apartment complex of the postmaster general, Louis DeJoy, on Saturday to protest changes under his purview that demonstrators say undercut the Postal Service and threaten the ability of Americans to vote https://t.co/7Mhd68a6DH
— The New York Times (@nytimes) August 15, 2020

Trump’s calculated dismantling of USPS proves one thing clearly: He is WELL AWARE that we do not want him as our president. He’s chosen to blatantly cheat and put millions of Americans’ lives at risk in an effort to hold on to power.
— Taylor Swift (@taylorswift13) August 15, 2020


Why Were They Being Removed In The First Place?


USPS representatives have told reporters that they will suspend plans for "routine" removals of mail collection boxes in cities and towns around the US. https://t.co/UksOwamlnn
— Twitter Moments (@TwitterMoments) August 15, 2020

In Southeast DC people some people have gone WEEKS without mail. One man told me while at the post office he desperately needed his medicine, but his mail hadn’t been getting delivered and they didn’t have it inside the post office. https://t.co/lfg8Ns40km
— Kolbie Satterfield (@KolbieReports) August 15, 2020

Hey, I may kid about the genocide of little brown babies, but no, seriously, I'm all about *checks notes* protecting our nation's children. https://t.co/O3tI9JaDYC
— Benjamin Dreyer (@BCDreyer) August 15, 2020