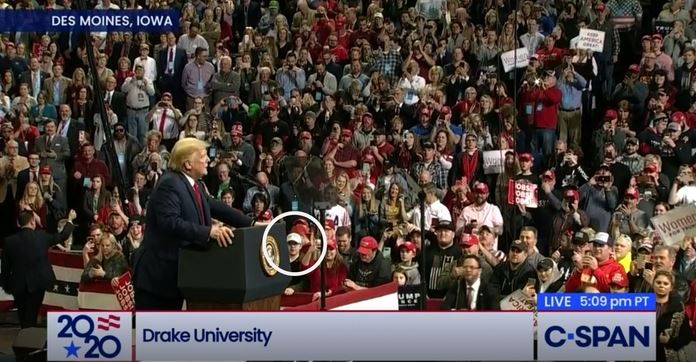 This is Kyle Rittenhouse, 17, an Illinois resident who was just charged with first-degree murder of two people last night in Kenosha, Wisconsin. This teen, whose social media history is full of misogyny and white supremacy, had easy access to an AR-15.
pic.twitter.com/OsfXzSHy5M
— Shannon Watts (@shannonrwatts) August 26, 2020


A close look at his social media accounts and background show a teenager obsessed with law enforcement who also identified as a strong supporter of President Donald Trump and "Blue Lives Matter," a pro–law enforcement movement that evolved in response to Black Lives Matter.

On Monday night, Trump gave his national platform to a white man who used an AR-15 to terrorize BLM protesters.

Seriously, how is the RNC moving ahead with their programming on the same day a right wing terrorist gunned down innocent protesters on the streets of America?
— Matt McDermott (@mattmfm) August 26, 2020

Kenosha Police Chief Miskinis responds to the murder of two protestors by saying it wouldn't have happened if people weren't out after curfew: "I'm not gonna make a great deal of it, BUT ..." pic.twitter.com/GBRo8I5Zka
— The Recount (@therecount) August 26, 2020

It should be easier to vote in this country than it is to buy an assault weapon
— Ari Berman (@AriBerman) August 26, 2020