Donald Trump Wants Your Children To Die. He Is Actively Trying To Kill Them. 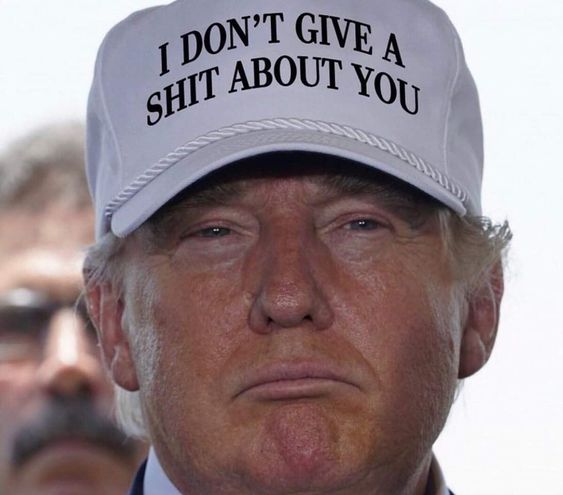 Trump is still delusionally insisting that Covid will go away on its own pic.twitter.com/gzLRT1CVnK
— Aaron Rupar (@atrupar) August 5, 2020

Trump dismisses the reality that children can get seriously sick and die from Covid pic.twitter.com/wsox4KE1rS
— Aaron Rupar (@atrupar) August 5, 2020


Infected children have at least as much of the coronavirus in their noses and throats as infected adults, according to the research. Indeed, children younger than age 5 may host up to 100 times as much of the virus in the upper respiratory tract as adults ...


Children under age 10 were roughly half as likely as adults to spread the virus to others, which is consistent with several other studies from Europe and Asia that have suggested that young children are less likely to get infected. However, children in middle and high school were even more likely to infect others than adults were, according to the study.

Researchers acknowledged that the first person in a household to develop symptoms is not necessarily the first to have been infected. They also noted that the study may have underestimated the number of children who transmitted the virus within their households as kids are less likely than adults to show symptoms. It is still unclear how asymptomatic children spread the virus.

The CDC Just Released A Report On Kids Spreading COVID-19; "Children Of All Ages Are Susceptible To SARS-CoV-2 Infection," The CDC States. (Eat This, Not That!, August 1, 2020):


The report, published by the CDC on Friday, suggests that children of all ages are susceptible to coronavirus and likely spread it to others. It is centered on a virus outbreak that occurred last month in Georgia at a sleepaway camp. Of the 344 campers, who had a median age of 12, and staffers, with a median age of 17, who were tested for the virus, 260 tested positive for the virus — more than three-quarters. ... Another scary detail is that the virus spread quickly, with everyone contracting the virus after less than a week at camp — despite the fact that all 597 campers and staff members were forced to prove that they had tested negative for the virus prior to arrival.

Psychologist and psychotherapist John Gartner taught for many years at the Johns Hopkins University Medical School, and has private therapeutic practices in Baltimore and New York, specializing in the treatment of borderline personality disorders:


People such as Trump are malignant-narcissist sadists because they, at some deep level, are driven to cause harm to other people. Trump's life is proof of this. He enjoys ripping people off and humiliating people. He does this manically and gleefully. ... Trump is creating chaos and instability so that he can feel powerful. ...

Malignant narcissistic leaders kill many of their own people through wars and political terror, but also through willful incompetence. These types of leaders actively do things that will kill large portions of the population. Causing harm is a type of addiction for them. Donald Trump's addiction is only getting worse. ... Malignant narcissists like Donald Trump view other human beings as kindling wood to be burned for their own personal enrichment and enlargement and expansion. ...

Donald Trump knows exactly what he is doing to the physical and emotional health of the American people.

Rush Limbaugh, on Trump: “Thank God we’ve got somebody in power who does have the ability to face reality, and doesn’t try to wish it away, or doesn’t try to cover it up with fake emotions that are designed to relate to people, but be essentially dishonest with them.”

"Somebody left some terrible explosive-type devices and things around, perhaps. Perhaps it was that. Perhaps it was an attack" -- Trump is just out here conjecturing about the Beirut explosion. Absurdly irresponsible. pic.twitter.com/lLBKD9q89O
— Aaron Rupar (@atrupar) August 5, 2020

.@realDonaldTrump thinks democracy is a conspiracy against him. https://t.co/7MxDaSLu9T
— Carolyn B. Maloney (@CarolynBMaloney) August 5, 2020

Trump says he's saving the government money by having his acceptance speech in the White House because there won't be the need to fly and pay for security.

He's dragged the Secret Service and used planes to his golf properties 282 times since he was inaugurated.
— digby (@digby56) August 5, 2020

President @realDonaldTrump on @DonaldJTrumpJr: "My son has some very strong opinions and he is very much an environmentalist." pic.twitter.com/W7PNNp6BhP
— The Hill (@thehill) August 6, 2020

Trump won Iowa by 10 points in 2016. Now it's apparently a swing state that Biden is "slipping" in. https://t.co/YbNAyTuvSj
— Brian Tyler Cohen (@briantylercohen) August 6, 2020

“The president may feel like he’s going into these debates...like ‘Yo-Semite Sam’ with both guns blazing.”🤣😂🤣#YoSemites
pic.twitter.com/qgwVxWUifY
— Dr. Dena Grayson (@DrDenaGrayson) August 6, 2020