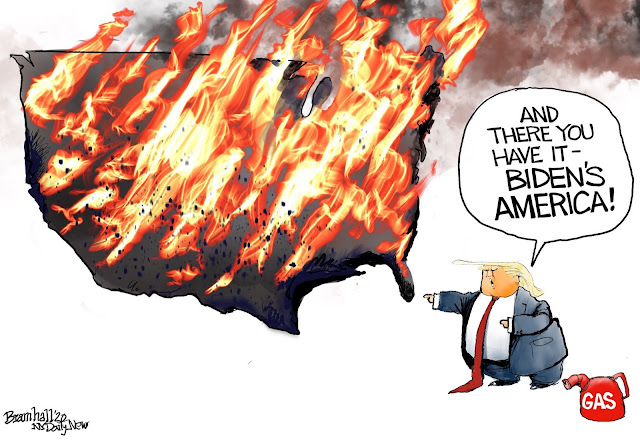 Kyle Rittenhouse Was Working as a Lifeguard in Kenosha the Day of the Shooting, Went to Clean Vandalism at School After Work https://t.co/inldy5Lbqx
— Cassandra Fairbanks (@CassandraRules) August 28, 2020

Ted Bundy worked at a suicide hotline. The BTK Killer was president of his Lutheran Church council. Jeffrey Dahmer worked at a candy factory. https://t.co/ep0Yft4qfL
— That Bluvband Sound (@Bluvband) August 27, 2020

When the profession attract people like these, we should look into why.
— Thomas A Jones III (@JThomasAlbert) August 29, 2020

Trumpism is not getting enough likes on your bad tweets and then immediately concluding it’s the result of an illuminati-style conspiracy against you https://t.co/MpzyxV5w6r
— Aaron Rupar (@atrupar) August 30, 2020

“charged with murder after two people WERE KILLED” 😐

Nice use of the passive tense there, like his murder charge is completely freaking unrelated to those two people *he killed* 🤬
— Stone-Cold Local Milk Hen (@g0t_86d) August 28, 2020