Trump Retweets: "Leave Democrat Cities. Let Them Rot. ... And Do It Quickly." 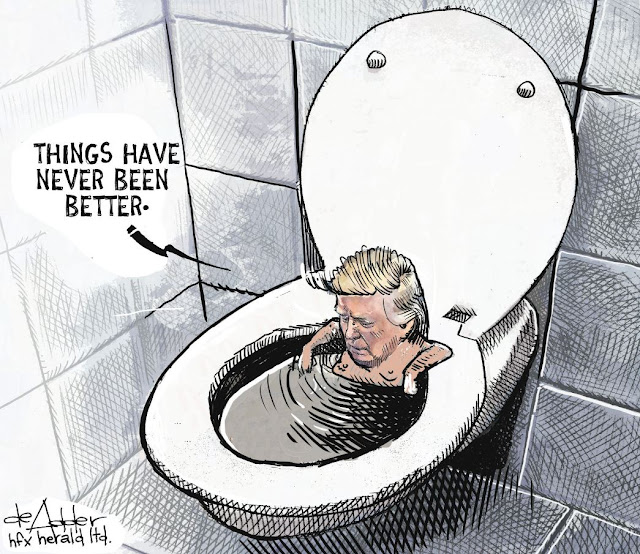 “Leave Democrat cities. Let them rot.” — a message from the President of the United States pic.twitter.com/OW7venG7hD
— Aaron Rupar (@atrupar) August 16, 2020

Shouldn't he spend time with the family away from twitter because, uh, his bro died?

Trump is one of the only people in the world who has for years been passionate about Fox News weekend afternoon programming decisions pic.twitter.com/9n9EU5orRA
— Max Tani (@maxwelltani) August 16, 2020

Rage-watching Fox News and then some golf on the TV.

Like a stopped clock, sometimes he’s right—although I think I’m construing this differently than he intended it https://t.co/GSlybDoHhg
— George Conway (@gtconway3d) August 15, 2020

I mailed a birthday card with a 1st class stamp at a Post Office on July 28 hoping for delivery on August 1.

Last year’s birthday card arrived the day after I mailed it at the same Post Office.

I mailed masks to my mom on July 17 (from Kansas City to Indianapolis). By the time the masks arrived 18 days later, my mom had gotten sick, died, been cremated, and been buried.
— Becki Bayless (@BeckiBayless) August 16, 2020

It's almost like the president doesn't tell the truth about anything. https://t.co/Qh7CXBsZsh
— Khashoggi’s Ghost (@UROCKlive1) August 16, 2020

"I'm not that aware of the Snowden situation" says area man who once wanted to have Snowden executed. #thereisalwaysatweethttps://t.co/1oNGOWu9qx https://t.co/ZiFQTCJDW1
— Mehdi Hasan (@mehdirhasan) August 16, 2020

Pirro: Why isn't Trump winning by 20 points, not that I believe the polls.

Bongino: You don't know he isn't, based on the boat flotilla pic.twitter.com/wUyeE4fHpd
— Lis Power (@LisPower1) August 16, 2020