Trump Promises A Vaccine Will Be Developed In "Record-Time" By The Federal Aviation Administration; Also Claimed His Friday Night Rally Had A Crowd Of 35,000 (It Was 4,000) 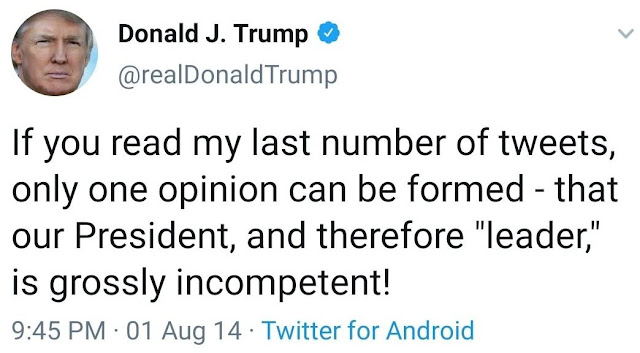 Trump, without a shred of irony, urges lawmakers to refrain from personal attacks. #BeBest pic.twitter.com/CJ3eU9zbbj

Coney Barrett on the late Justice Scalia: "His judicial philosophy is mine too." pic.twitter.com/H78z0oTAw3

Ah, so she's got special qualifications for 2020. https://t.co/yQS2OeiPQE

The President continues to rant about AOC and Ilhan Omar pic.twitter.com/KPLk0JecL8

"Ilhan Omar. She's a great one. Always complaining ... how did she come here?" -- Trump begins his rally by trashing congresswomen of color pic.twitter.com/W9pnZc4Ejy

Trump claims there were 35,000 people (!) at his rally last night in Newport News, Virginia. There were reportedly 4,000 people there https://t.co/WvlywrjPyI pic.twitter.com/MMAFwaUjPy

As his fans chant "lock her up!" about Hillary Clinton, Trump says, "I agree." pic.twitter.com/b8AACJ3eV1

Crowd chants lock him up when the President rants about President Obama pic.twitter.com/lME6w7D4Dx

"We were coming together, until we got hit with the plague from China" -- in fact, Trump had just been through an impeachment trial pic.twitter.com/17NMxVRhLz

More chanting instigated by the President against CNN pic.twitter.com/wnClMfxHpi

Trump lies and says his infamous July 2016 call for Russia to hack Hillary Clinton happened in front of "25,000 people in a stadium," when in fact it happened at a news conference. pic.twitter.com/P1GsqVLUSY

US Had 55,054 New Cases On Friday,
The Highest Single-Day Total In More Than A Month.

"The [states] are doing well are the ones that opened it up," Trump says of the coronavirus, falsely (Florida opened extremely prematurely and has been one of the hardest-hit states) pic.twitter.com/PMkKbrIyoR

I know they have some very smart people there but there is no way I am taking a vaccine that has been approved by the Federal Aviation Administration. pic.twitter.com/neaPQr5rMs

Trump: ...even though we have an advantage if we go back to congress... I think it’s 26 to 22 or something because it’s counted one vote per state. pic.twitter.com/x2hcfBVmX1

He is fucking OBSESSED with gaming the system

Trump asks his supporters to be watchful for people dropping things in wastepaper baskets on Election Day pic.twitter.com/NNqaHFyYqh

"blood in the sand" -- drink! pic.twitter.com/D4OXUgRco7

I see he went with the freshly dipped in a peanut butter jar look again. pic.twitter.com/E5XnmLB0dW

"Turn on the television. Turn it on, darling" -- Trump tells his now-familiar story about how he and Melania watched the NBC news together recently one evening and got upset that they covered a hurricane in Florida instead of his Nobel nomination pic.twitter.com/voNKCygitg

Trump is talking as though he actually won two Nobel prizes instead of merely being nominated for them pic.twitter.com/q5XKsfHwbW

The most ignorant president in history proves once again that he really doesn't understand how anything works. https://t.co/z2Qzp79GjK

Trump starts to wrap up his speech but then gets sidetracked ad libbing about how he has weapons at his disposal "the likes of which no country has seen before," including stealth planes that he still seems to think are literally invisible pic.twitter.com/V7veHS5OoR

The Party Of Death

Kyle Rittenhouse, charged with fatally shooting two people and injuring a third last month in Kenosha, got a standing ovation at a Waukesha County Republican event this week. https://t.co/bLhMZekdSx