Trump Describes His Response To COVID-19 As "Phenomenal", "Incredible", "Amazing";
He's Not Lying, Since His Excitement & Pleasure Increases With The Death Toll 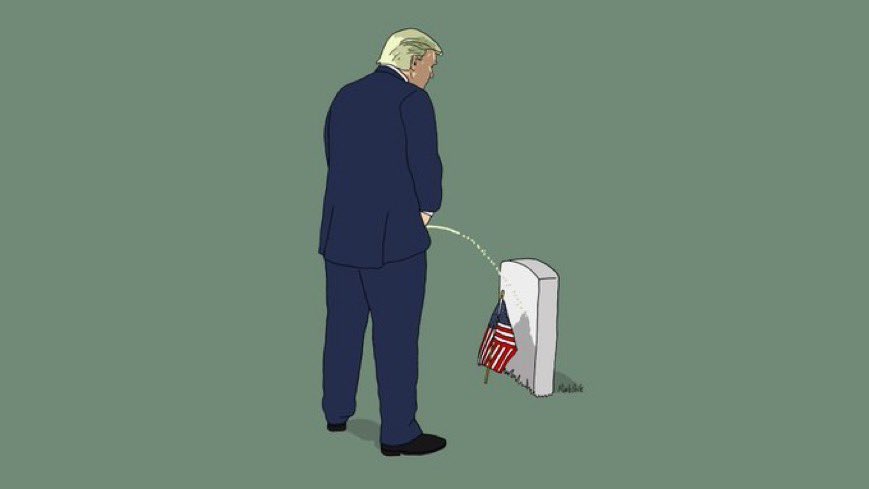 the makeup just gets worse and worse pic.twitter.com/usPuGIRC2s

Is that bubblegum lip gloss?

Decades from now, reporters are gonna be like wait this dude was wearing orange makeup for four years and nobody asked him about it?

#SaturdayVibes #SaturdayMotivation #SaturdayMorning #screenshotsaturday #SaturdayThoughts #SaturdayFunny.
BUT SERIOUSLY...lol....he should go to the debate looking like this...😁🤣 pic.twitter.com/WJm0c4JLcx

Note how Trump's answer here has absolutely nothing to do with the question he was asked pic.twitter.com/Tps1hEek0k

Question: The postal service had planned on sending 650 million face masks to Americans back in April. That never happened. Why not?
Trump: I don’t know. I don’t run it... If they were to raise the price of packaging, you’d end up making a lot of money... pic.twitter.com/OWsT0Lmtz9

"I think it's going to be a terrible time for this country ... this is going to be the scam of all time" -- Trump went on a completely unhinged, fact-free rant about mail voting, then abruptly ended the press conference pic.twitter.com/pViTaCK61x

But will it be a bigger scam than trump steaks?
pic.twitter.com/82IBy1wOUK

A day after FBI Director Wray told Congress Russia is interfering to hurt Biden's campaign, Trump said he "did not like" Wray's answers. Asked if he's thinking of replacing him, Trump said, "We're looking at a lot of different things." pic.twitter.com/Swoa4OJOLN

"I did not like [Wray's] answers yesterday, and I'm not sure he did either" -- for the second time in two days, Trump claims that congressional testimony made by a top government official was somehow erroneous because he disagrees with it pic.twitter.com/XVMAyu1Crn 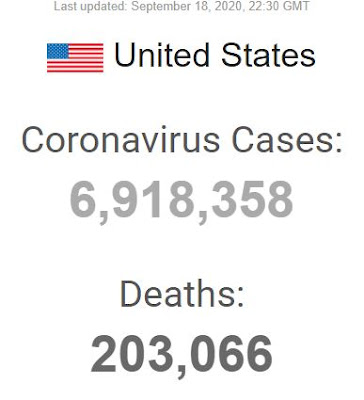 Trump dismisses a question about the milestone of 200,000 Americans dying from coronavirus, claiming that up to 3.5 million would've died without him. (That number is derived from models assuming his government did absolutely nothing about the pandemic.) pic.twitter.com/i0DXaBUFrf

"Throughout the world, I get called by prime minsters and presidents saying, 'Sir, the job you've done is amazing.'" -- file that one under "things that never happened" pic.twitter.com/VeUqHwpQ1W

He didn't get anything passed. Dems have been trying to help Puerto Rico since the hurricane happened and he's blocked the funding. Now he just comes out and announces he's sending money and claims he passed something. He lies as he breathes. https://t.co/tkDdmn0FP1

Yes like Jefferson Davis was the best thing that ever happened to slaves. https://t.co/kqe0oWeuWj

we literally gave the most important job in the world to the worst possible person imaginable. I mean, even Hitler liked dogs, and could paint a little

Very soon, he will go away. He will disappear, like a miracle. We are doing a tremendous job.

A former aide to Vice President Pence who served on the White House coronavirus task force alleges President Trump spent nearly an hour during one meeting talking about Tucker Carlson instead of discussing agenda items set for the meeting.
"He watches people, he watches the news," said Olivia Troye, a former adviser to Pence for Homeland Security. "We have been in meetings where we were supposed to be talking about the virus . . . and he wanted to talk for 45 minutes on how upset he was with some news anchor at his preferred news network." . . .
[D]uring the early weeks of the coronavirus pandemic as the task force debated how to safely get Americans off cruise ships as the virus spread, Trump looked around a room full of advisers and asked: "Who's gonna call this person and set them straight?"
Troye described an awkward and uncomfortable feeling in the room at that moment, with other advisers and aides avoiding eye contact with one another and not saying anything. "45 minutes of going off on Tucker Carlson . . . seriously, this went on for 45 minutes," she added.

Pence called Troye a "disgruntled" former employee before adding: "I haven't read her comments in any detail."
At Least They Weren't Russian Planes 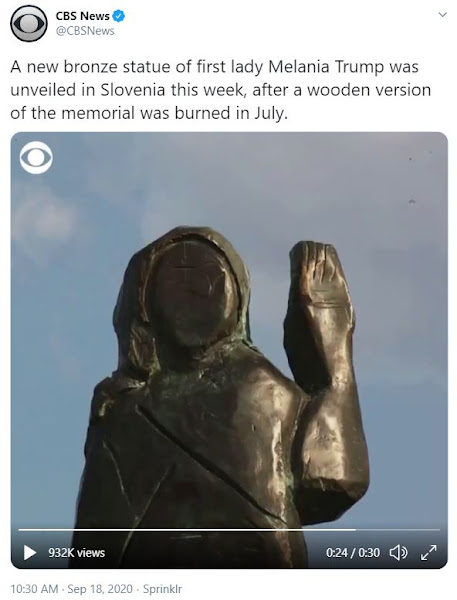 Any milk jug will do. 😂 pic.twitter.com/0zZgdGvNpg