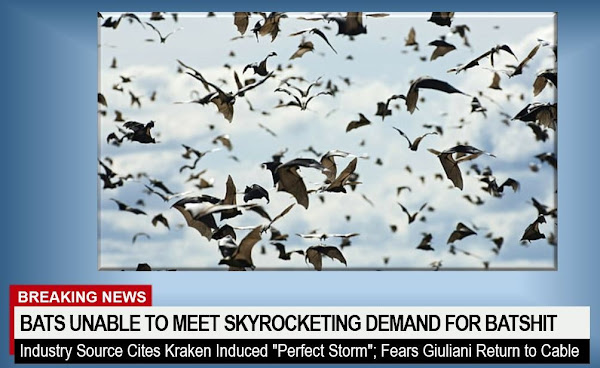 SCOOP - Sidney Powell was in Oval Office last night as POTUS discussed making her special counsel for election fraud. @KannoYoungs and me https://t.co/wUB8ZMrPxp

The president can’t appoint a SC. It can only come from the AG. He could ask Jesus to serve as SC and it wouldn’t matter unless the directive came from the AG. So many narratives that presume he can unilaterally do something he can’t.

Trump fired Sydney Powell 4 weeks ago because she was viewed as too loony, even for Rudy Giuliani's team. Now that's all the "talent" level left that will play in his charade.

Among those pushing back on the idea was Pat Cipollone, Meadows and even Giuliani. But Giuliani separately pushed DHS this week to seize control of voting machines to examine them for possible fraud. DHS said it has no authority to do that. https://t.co/wUB8ZMrPxp

During the meeting, the president asked about Flynn’s suggestion of deploying the military, those briefed said. That was also shot down.

Michael Flynn, pardoned by the president after confessing to felonies, urged Trump to declare martial law at "raucous" meeting where Powell was discussed. https://t.co/0dXisuBA1p

In the president's mind, "special counsel" is what DoJ made happen with Mueller, but what was being discussed was Powell working inside the White House - and Trump came very close to hiring her, per multiple people briefed.

"Ms. Powell’s ideas were shot down by every other Trump adviser present, all of whom repeatedly pointed out that she had yet to back up her claims with proof." https://t.co/0Yazu8DRCf

"At one point, one person briefed on the meeting said, she produced several affidavits, but upon inspection they were all signed by a man she has previously used as an expert witness, whose credentials have been called into question." https://t.co/0Yazu8DRCf

Why don’t we call this what it is, the President plotting a conspiracy to overthrow the election by military force. He should be impeached immediately for even suggesting this. Has our nation gone completely flipping insane? This is the darkest hour in our nation’s history.

With calls for suspending the Constitution and for invoking martial law, both to overturn the election results where serious people/organizations say were fine, the corruption has become sedition and should be treated accordingly.

Why is this not front and center on the NYT front page in Second Coming font? ffs

When Trump is "retweeting threats of putting politicians in jail, and spends his time talking to conspiracy nuts who openly say declaring martial law is no big deal, it’s impossible not to start getting anxious about how this ends."https://t.co/xLVNOqEMTU

I’ve been covering Donald Trump for a while. I can’t recall hearing more intense concern from senior officials who are actually Trump people. The Sidney Powell / Michael Flynn ideas are finding an enthusiastic audience at the top. https://t.co/NxjC0sUrzI

I said in June: “We need to look out for martial law … and theft of elections.” I was told these were not possible.https://t.co/squiS8YWgK

There should be no question now that Trump is a Putin agent. He defends Putin at the cost of our security risking our country.#TrumpTraitorhttps://t.co/NImmMs9g2r

You might think a well-sourced report of the president planning an illegal coup d'etat from the White House to set himself up as an unelected dictator would warrant headlines in "Second Coming" font, but even though the story broke fewer than 20 hours ago, it is not on the main webpage of the New York Times.
To find it (as of 7:20 PM ET on December 20), you have to click on "Politics", scroll past four top stories ("Latest"), scroll down past 15 other stories, click the article's link, and go to the 6th paragraph, where it is mentioned as more of a parenthetical thought. (Oh, that liberal media!)