Pro-Sedition Forces Say They Don't Have To Prove Fraud, "The Burden Is On Their Side To Prove There Wasn't Fraud"
106 House Republicans File Brief To End Democracy
3,200+ Americans Died Of COVID Today (Top Cable News Network In US Doesn't Mention It)
US Death Toll Now Over 300,000 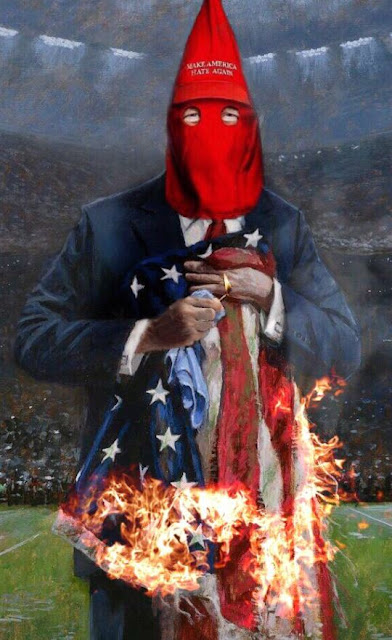 “He starts to look not just like a loser but somebody who is impotent” pic.twitter.com/cN8Fzb4k3a

“If it pleases the court, the State of Texas would like to submit this statistical analysis of boat parades we found on Reddit dot com as proof that President Trump could not have lost the election”

“It’s longer the burden to prove fraud. It’s the burden on their side to prove there wasn’t fraud...” pic.twitter.com/bl2Fv1GNlj

Wednesday: “I actually think that we’re trending toward secession.”

Thursday: “I simply referenced what I have seen other people say.” https://t.co/fx4T0Q30jc

"This is going to escalate dramatically. This is a very dangerous moment in our history." -- the president https://t.co/t5Ry6enkbv

Pretty ironic considering Trump has never won the popular vote and benefitted from a foreign interference campaign in 2016 https://t.co/38j3ANofkW

Tree stumps know more about history. How does your staff not stop you from making a constant fool of yourself? Perhaps it is on purpose. https://t.co/at4A22rahd

106 Republican congressmembers and 18 Republican attorneys general are insisting that a presidential election ought to be invalidated because their party lost. It’s being treated as no big deal because they won’t win rather than the harbinger of constitutional collapse it is.

Williams: Forgive my French these are grown ass men and women pic.twitter.com/IShkbicqDl

Biden COVID Adviser Dr. Osterholm says CDC holiday guidance is like saying “don’t drive drunk, but if you do drive drunk these are the best ways to do it.” pic.twitter.com/WE31Qi3Ih7

"we're 43 minutes into this show and we haven't mentioned yet that 3,000 Americans died yesterday..." https://t.co/9EJwHdpwKO

The newly sworn-in New Hampshire Speaker of the House Dick Hinch died of COVID-19. The Republican had been Speaker for only a week. https://t.co/rnPRv89q6G

It’s so curious that the presidents friends all got this lifesaving treatment. What are the odds? https://t.co/LI0bYJOUOt

Kelly Loeffler and David Perdue profit off the pandemic while millions lose their jobs.

The President’s friends get pardons while millions are locked up for minor offenses. https://t.co/KLAb2K9O4t

There is no rule that says oppositional politics enters abeyance during lame-duck periods. Particularly when one of the parties is using that time to try to declare the loser of the election—the guy who’s doing this 👇👇👇—the winner. https://t.co/prwnrL5McD

Not silent, but could be deadly

Has there ever been a more obviously ghostwritten tweet? https://t.co/Wvopj8WVC9

In his final days in office, Trump orders series of executions — Five human sacrifices are scheduled before President-elect Biden's 20 January inauguration, breaking with an 130-year-old precedent of pausing executions amid a presidential transition https://t.co/yH8bGaKrZ4

This guy is the state’s top law enforcement official, and SEVEN of his own handpicked deputies were prepared to sacrifice their careers to say he’s a criminal. That you could continue serving in that role under those circumstances is just inconceivable.

Salon: David Perdue bought Pfizer stock — a week before the company said it would develop a vaccine.https://t.co/NvbRAXT2HR