32 Days After Biden's Landslide* Victory, Trump Is Still Whining:
"How Can A Country Be Run Like This?" 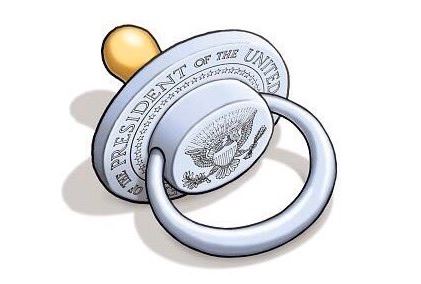 Trump's "evidence" that the election was rigged is some of his followers believe his claims about the election being rigged. https://t.co/FUTs11qaV9

Here are 11 more tweets from Trump, posted today (five have been flagged as disinfomation by Twitter), with three endnotes:

We will be INTERVENING in the Texas (plus many other states) case. This is the big one. Our Country needs a victory!

Germany has consistently been used by my obnoxious critics as the country that we should follow on the way to handle the China Virus. So much for that argument. I love Germany - Vaccines on the way!!! (1)

There is massive evidence of widespread fraud in the four states (plus) mentioned in the Texas suit. Just look at all of the tapes and affidavits!

This case had nothing to do with me. Fake News (as usual!).

We will soon be learning about the word "courage", and saving our Country. I received hundreds of thousands of legal votes more, in all of the Swing States, than did my opponent. ALL Data taken after the vote says that it was impossible for me to lose, unless FIXED!

No candidate has ever won both Florida and Ohio and lost. I won them both, by a lot! #SupremeCourt (2)

If somebody cheated in the Election, which the Democrats did, why wouldn't the Election be immediately overturned? How can a Country be run like this?

1. Trump tried dunking on Germany because yesterday it suffered a single-day high of 590 deaths. However, the US reported 2,622 deaths yesterday (and it was not a single-day record). Deaths per one million people during the pandemic: United States 890; Germany 246.

2. Richard Nixon lost the 1960 election despite winning Florida and Ohio.

3. US elections are not decided by "so-called 'bookies'".
A comprehensive 2014 study published in The Washington Post found 31 credible instances (listed at link) of impersonation fraud from 2000-2014, out of more than 1 billion ballots cast. However, as the Brennan Center for Justice noted, that tiny number is likely inflated, as the study counted not just prosecutions or convictions, but any and all credible claims. The Brennan link links to dozens of other studies showing voter fraud is so microscopically rare as to be non-existent.
*: I'm calling Biden's victory (306-232) a "landslide" only because Trump has referred to his 2016 victory (304-227) as a "landslide" numerous times. Both claims are false. Trump won 56.9% of the electoral votes in 2016, which ranks 46th out of 58 US presidential elections. John Pitney, a professor of American Politics at Claremont McKenna College, notes that Ronald Reagan (1984) won 97.6% of electoral votes and Richard Nixon (1972) won 96.65%. "Those were landslides," Pitney says.

.@Mike_Pence: "We're going back to the Moon—and then we're going to Mars and beyond." pic.twitter.com/thV6WSFB3t

From Huffpost via Yahoo: “Fox News’ Geraldo Rivera said Tuesday that President Donald Trump isn’t speaking to him because he acknowledges the fact that President-elect Joe Biden won the election.” 🤣#crybabyTrump pic.twitter.com/K7pNL2zJuZ

Since my cognizance of The Craziest Goddamn Thing That Has Ever Happened frequently makes me feel like I'm losing my mind, I genuinely appreciate how the Russians routinely verify that I am not crazy: they own my country's president.https://t.co/VppGRkdImi