Jim Jordan: "Kermit The Frog And The Muppets, Mr. Potato Head, And Now Dr. Seuss . . . This Is Frightening . . . This Is the Biggest Threat To Freedom We Face" 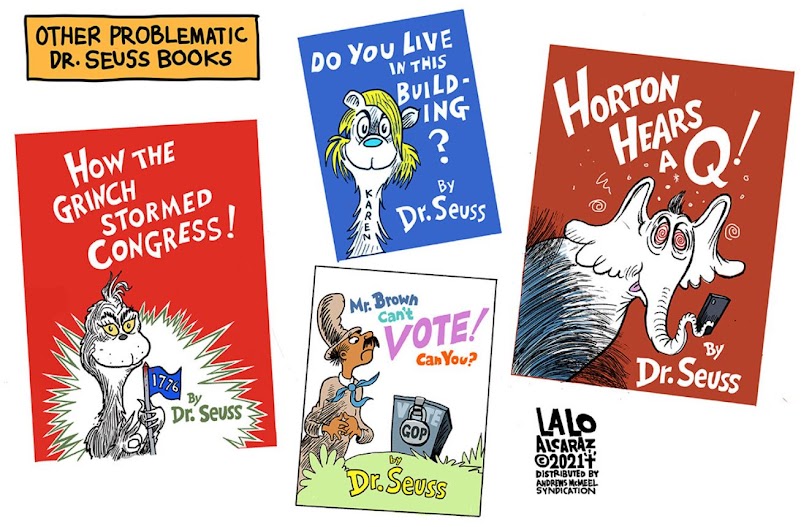 Total of 59 mentions of "Seuss" on Day 2 of Fox's coverage of the story, after 139 on Day 1 (more than an hour of coverage) pic.twitter.com/Rc1gJxivHW

Americans are just fed up with this . . . first it was Kermit the Frog and the Muppets, Mr. Potato Head, and now Dr. Seuss . . . this is frightening where the left wants to go. I have said I think this is the biggest threat to freedom we face . . .

LOL!!!! I'm losing it over this pic.twitter.com/pdtjtwesge

So the GQP is mad at Dr. Seuss Enterprises, Hasbro, Disney and Target for making decisions they feel are best for their customers and their bottom lines. Why do Republicans hate the free market?

Yea, One Fish Two Fish was REALLY hard to get through. pic.twitter.com/ImYBcJ65Qd

The Dr Seuss Corporation was the one who canceled the books they though no longer fit their standards & it was done during Donald Trump's administration, not Joe Biden's, nor did it have anything at all to do with Jim Jordon's/Fox "News" allegations of cancel culture by Dems. pic.twitter.com/vQpTT8Jz9g

Fun fact: Jim Jordan is under scrutiny from the FEC over nearly $3 million in "mistakes" in his campaign finance reports.

And last night he voted to handcuff the FEC.

they want this so badly pic.twitter.com/UawcjbPmlm

Neanderthals aren’t extinct they were CANCELLED

Willing to bet money the NYT will be publishing a piece where Jonathan Martin and Alex Burns speak to Trump voters in a Texas diner--on how the Washington bubble doesn't "get" neanderthal culture.

Psaki on criticism that Biden isn't giving Trump enough credit for his coronavirus response: "I don't think anybody deserves credit when half a million people in this country have died of this pandemic." pic.twitter.com/kCSLwvBWgR 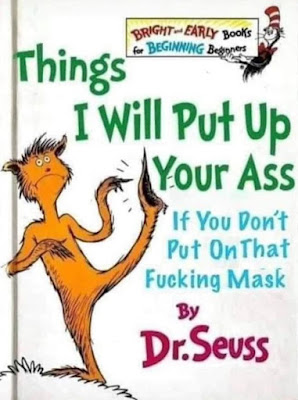