Did The Dumbest Media Sentence Of The Week Not Come From Fox?

These are actual Fox screenshots: 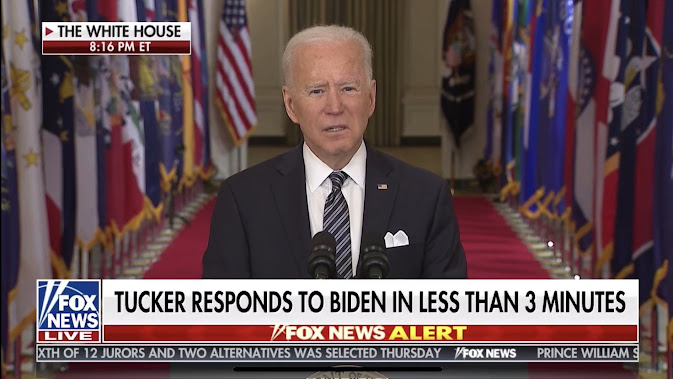 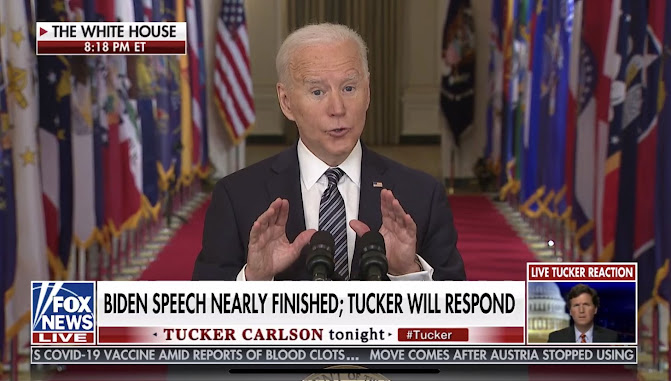 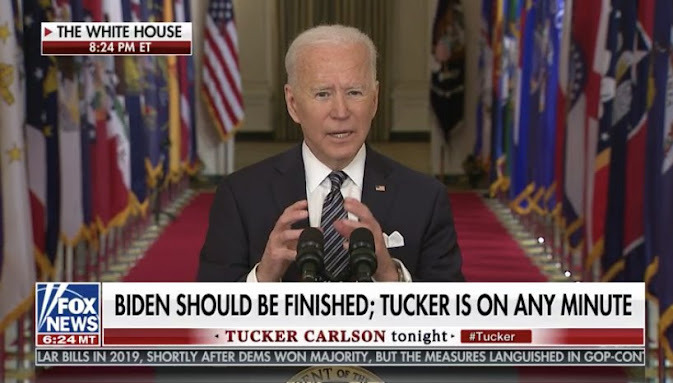 “Sorry about reality running long, we’ll get back to bullshit shortly”

Aren’t they the ones that have been whining about the lack of press conferences?

QAnon believers appear to think that something is going to happen tonight during Biden's speech. They're speculating whether the Emergency Broadcast System will occur, if he will be arrested, if he will confess to a bunch of crimes, or if he introduces Trump as president.

President Biden hits the Trump administration's handling of the pandemic:

"A year ago we were hit with a virus that was met with silence and spread unchecked, denials for days, weeks, then months. That led to more deaths, more infections, more stress, and more loneliness." pic.twitter.com/wW684n6lxJ

This is not a comical paraphrase. This is a direct quote. https://t.co/4sJ4DEZvoj

This week in Congress:

GOP: Took a week to read The Cat in the Hat

Dr. Seuss was never a major literary figure, but his memory matters more than ever. The battle over what Dr. Seuss stood for — over what it means to be racist — will have consequences that extend for generations. If we lose that battle, America is lost. pic.twitter.com/PXzBABcRJv

i found the dumbest sentence of the week:

<Despite calls for national unity and bipartisanship, President Joe Biden and his top aides have declined to give the Trump administration credit on the nation's COVID-19 vaccine rollout > ABC NEWS

feast on that nonsense.

for all these news outlets clamoring for Biden to given Trump credit for vaccines, why weren't **they** giving Trump credit while he was in office.

of yeah, bc under Trump vaccine rollout was national embarrassment.

I give the Trump administration credit for killing 540,000 people. That's what they deserve. 🤬🤬🤬

Exactly one year ago Sean Hannity congratulated Donald Trump on “the number of Americans that did not contract” coronavirus pic.twitter.com/4XdF5dabYc

Hannity calls on Biden to call Trump and thank him 🤣 pic.twitter.com/CL0MFY1knw