With 95% Support For Greene, GOP Affirms That Racism, Sedition, Terrorism, Mass Murder Of Democrats, And A Disavowal Of Reality Is The Party's Mainstream Platform (Also: Greene Trying (In Vain) To Scrub Her Online Past; Video Of Her Sexually Assaulting A Cardboard Cut-Out Of Trump)

The GOP is now the GQP.

These are the 11 House Republicans who voted to remove Marjorie Taylor Greene from committees:

All but 11 House Republicans voted to support #MarjorieTaylorGreene.

She is now the face of the GOP.
They own everything she says and does going forward.

It's no surprise that the GOP is standing w/ #MarjorieTaylorGreene She is the living embodiment of the lies and extremism that they have been feeding the base for years.

Marjorie Taylor Greene claimed today that she hasn't promoted QAnon since being elected. But on Dec. 4, she praised an article promoting Q in a now-deleted tweet. The story Greene praised as "accurate" calls QAnon an "objective flow of information” that's "uniting Christians." pic.twitter.com/nN3bnTCyPa

In fact, I recall a President who was impeached twenty years ago for doing that very thing.

Greene says she didn’t talk about Qanon during her campaign, but in a local interview in July she said, “l’ve only ever seen patriotic sentiment coming out of that source.”

Greene declined to answer if she still was a follower.https://t.co/qAXowtVKR8pic.twitter.com/UdIYyvKKXT

"The things I am still saying to this day do not represent me."

She was pushing the Ilhan married her brother thing on Twitter yesterday. This is who she is. Get her out.

Literally three days ago Marjorie Taylor Greene called people pedophiles if they were anti-Trump. The belief that a secret cabal of pedophiles controls government is one of the beliefs of Q. https://t.co/gkoelVC4U9 https://t.co/EKVVDcCpB0

Goes with what she was tweeting. pic.twitter.com/2JYypb3OQh

Here's Marjorie Taylor Greene at the White House in late December 2020 saying she had a "great planning session for our January 6th objection. We aren't going to let this election be stolen by Joe Biden and the Democrats. Trump won by a landslide." Expel. pic.twitter.com/oogwe20Z8K

"I Was Allowed To Believe Things That Weren't True"

Greene’s “I was allowed to believe things that weren’t true” quote comes at approx 1:08 here pic.twitter.com/bXieEgtXjs

Passive voice was allowed to be used.

we all let her down

they are such victims they're even victims of themselves 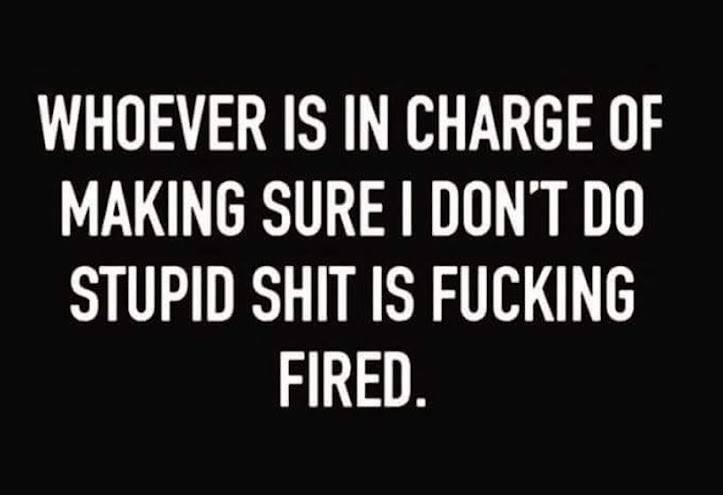 Marjorie Taylor Greene has begun systematically removing social media posts amid scrutiny of past controversial comments about executing Democrats and backing conspiracy theories. Most of 2018 and 2019 is gone from her Facebook. https://t.co/c4ZEgQf4LV

And don't forget this ad of hers pic.twitter.com/51olJe9l6x

NEW: Marjorie Taylor Greene blamed her social media team for the incendiary posts being uncovered. But new video via Mother Jones shows she used violent rhetoric in November: “The only way you get your freedoms back is it’s earned with the price of blood.” https://t.co/9I4zpab9vq

Which member of her social media team was wearing a Marjorie Taylor Greene mask and perfectly mimicking her voice to say those things?

True... but who allowed her to believe these things?!?

A special thanks to the great Mel Brooks. pic.twitter.com/S9B8l6usIO

Marjorie Taylor Greene once brought a cardboard cutout of Trump on stage, praised him, and then began rubbing her hand on his crotch. #MarjorieTaylorGrope pic.twitter.com/ay6RHSbgNX

In this same Republican meeting, Marjorie Taylor Greene said “the Democrat party is no longer an American party... they are now an un-American party.” pic.twitter.com/B7CTS8Dtn6

Anti-mask Marjorie Taylor Greene said “we need to unmask America” and teachers and parents should stop wearing masks because “masks are not good for kids.”

Republicans put her on the education committee. pic.twitter.com/ZkW3mGtPex

Trump Can't Even Resign From The Screen Actors Guild ("Who Cares! You Have Done Nothing For Me.") Without Committing A Crime

Trump has resigned from the Screen Actors Guild, with an "I QUIT" letter after their board voted "overwhelmingly" to re-evaluate his membership in light of the Jan. 6 attacks. In addition to citing his pathetic cameo roles, Trump claims he saved TV.*

*This is a real letter. pic.twitter.com/xoP5WH3XOX

This person was the actual president of the actual United States, and he's tooth-grinding mad over not being properly respected for his cameo in "Zoolander."

Mental erosion
Dated 2/4/21 his title is former & cannot use the presidential seal
18 U.S. Code § 713 - Use of likenesses of the great seal of the United States, the seals of the President thereof, shall be fined under this title or imprisoned not more than six months, or both