Trump Is The Only Person Who Put Pence In The Spotlight On January 6
And Trump's Assassination Mob "Would Have Killed [Him] If Given The Chance"
Also: Twitter Bans Trump Forever 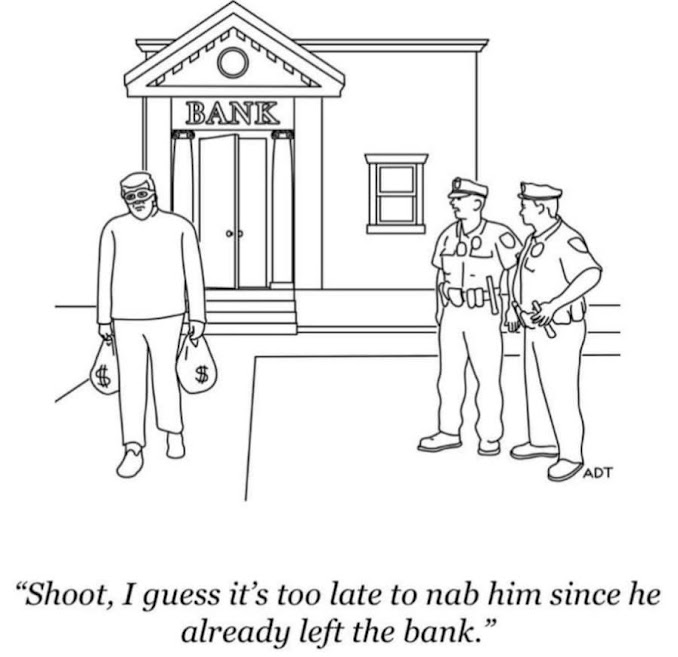 NEW: Trump's 2020 campaign kept paying organizers behind DC protests before the Capitol riots post-Election Day—totaling $3.5M+ in 2020 with its jfc—revealing even more connections as Trump's role in the rally is scrutinized at his Senate impeachment trial https://t.co/o4JD3kQTk6

Impeachment managers are focusing on something that had been lost: Trump's failure to do anything to protect the US. I made this point last week:

The Soft Bigotry of Expecting the Commander in Chief to Only Tweethttps://t.co/7F9J8G8pGg

The insurrectionist attack on the US Capitol was not spontaneous. @dfrlab & @just_security are publishing the most comprehensive report to date on the “Stop the Steal” campaign, spanning from the 2016 primaries to the Capitol in 2021. 🧵⬇️ https://t.co/cmSlAK7iHY

“Republican senators tried to avert their gaze. Rand Paul doodled on a pad of lined paper and Rick Scott tried to busy himself with paperwork....Tom Cotton & Marco Rubio, too, turned away from the obvious, irrefutable truth on the screen.” ⁦@Sulliview https://t.co/YRSzdLxWK3

The missing elephant in the room at Trump's trial: GOP radicalization. Dems are powerfully indicting Trump's extraordinary betrayal of our Constitution. But a huge part of the story -- GOP complicity in all of it -- is going untold. @paulwaldman1 and me:https://t.co/Xwg5SeWj1K

"A former Marine accused of beating an officer with a hockeystick had joined armed militiamen in a protest organized by Mich. Republicans to disrupt ballot counting in Detroit.

The organizer of that protest has now been elected co-chair of the state GOP."https://t.co/bVOk3embiB

Raskin starting his timeline on December 12, includes his December 19 promise that Jan 6 would be wild.

Juxtaposing Trump's "delight" with the mob with a picture of the gallows.

Neguse notes that officials warned the President that his rhetoric would result in deadly violence.

Neguse describes Trump sending a "save the day" 18 days in advance for certification rally.

"What time was that rally scheduled for? Exact same time this chamber certifying. When did he finish? Literally moments b4 Pelosi gavels us in."

House managers using the criminal complaints from the rioters charged by DOJ to show both that they were trying to kill Pence and Pelosi and that they were "following the president's orders," Neguse says pic.twitter.com/U0eVrKHwdx

They confirm they were following Trump's orders. pic.twitter.com/t6qK9YH7W7

Remember Trump's totally bonkers speech declaring victory in the middle of the night on November 4? pic.twitter.com/X1HabbkvcQ

Swalwell points out that Trump spent $50 million on national "STOP THE STEAL!" ads that ran until January 5 -- the day before the insurrection pic.twitter.com/ZKVMaG22d4

Swalwell ties Trump to the Stop the Steal org via Tweet. pic.twitter.com/LSzo66zksK

Dean up. Here's the core of the case. pic.twitter.com/CpTvuCr9ru

Ted Lieu just quoted trump warning Pence that he'll "go down as a pussy" if he doesn't rig the vote.

A detail I didn't realize: In response to report that FBI was investigating the effort to drive Biden's bus off the highway, Trump said they did nothing wrong. pic.twitter.com/r5veYxOKyV

On a hot mic today, Shirkey repeated what he effectively said in his written statement: he isn’t taking back the substance of what he said. https://t.co/BBCp8Zt4Jb

Trump's lawyers argued yesterday that this was a normal political speech pic.twitter.com/Cph1Un7f3u

#BREAKING (via @MSNBC): Josh Hawley is ignoring the impeachment trial, his legs up on the seat in front of him, reading material unconnected to the impeachment.

Hawley is a juror in this trial. In any other trial, he'd be kicked off. Why not here?

Wow. Some of the Senators are apparently sitting at their desks reading the papers, feet on desk and ostentatiously acting like spoiled, teenage assholes.

They can't even pretend to have dignity anymore.

The House managers are about to show graphic footage of Trump’s MAGA Mob storming the Capitol and murdering a police officer.

Someone wake up @HawleyMO so he can pretend to give a shit.

Jake Tapper: if you are wondering why cameras not showing GOPers with feet on desk, reading comic books, etc.--GOP insisted only show speakers at podium. They want base to know they are not taking seriously--but afraid to show it. 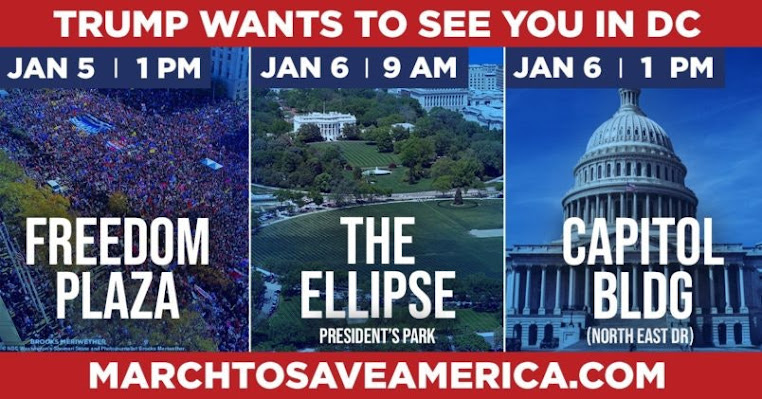 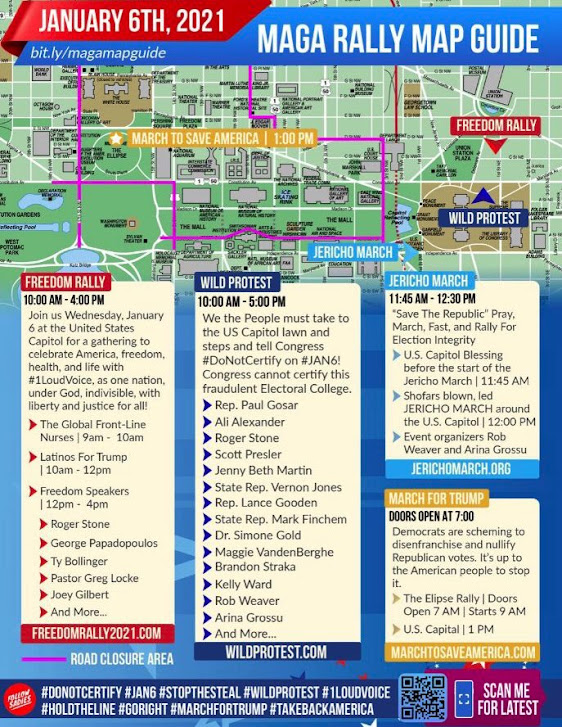 Plaskett: "The truth is President Trump spent months calling his supporters to a march on a specific day in a specific time in a specific place to stop the certification ... that is why he must be convicted and disqualified." pic.twitter.com/I3BBg7SOU7

The fact that the organizers changed the date from 1/20 to 1/6 after 45 publicized the event also shows intent, planning and coordination. Shd be a bigger deal. The missing link.

Trump made them accept the permit to March to the capital. Holy shit!!!

The largest story in the country SHOULD be that despite overwhelming evidence and belief by a majority of Americans to the contrary, that members of the GOP are going to get away with an attempted coup and that they aren't even trying to hide it or are sorry

It's wild to remember while watching this trial that only a handful of Republican senators are willing to consider the case on its merits. For the vast majority of them, none of this matters.

I've written abt how hard Trump is trying to avoid Pence's role twice:https://t.co/6gknxiGaaThttps://t.co/tBZREfGiQt

This is incredibly chilling footage, and a reminder that we came so close to witnessing mass assassinations, including of former Vice President Mike Pence. This could have been so much worse.

How close a call was this? If the rioters had been just a little bit more familiar with the layout of the building, they could've blocked the escape route for Pence from that staircase.

Sen. Braun (R-IN) says that he’s not sure the Capitol insurrection video that House impeachment managers showed has an “impact” because we’ve all already seen it. pic.twitter.com/68OkrLa6Om

“Vice President Pence was threatened with death by the President’s supporters.” Continues to be a shocking true statement.

More seriously: the *only* reason Pence had a target painted on his back was Trump. End of story. No one else was focused on him as some kind of fulcrum or pressure point. https://t.co/X5EnuFAQRZ

Pattern of conduct: Trump called out Pence nine times on Jan. 6, and each time he did so, he attacked his vice president harder than the time before, notes House impeachment manager @RepDean.

.@StaceyPlaskett: "Vice President Pence was threatened with death by the president's supporters because he rejected President Trump's demand that he overturn the election." pic.twitter.com/mxAYVkHz02

The presentation by Rep. ⁦@StaceyPlaskett⁩ at this moment is the chilling beyond words. “The insurrectionists intention to murder the Speaker” and to “murder Vice-President Pence” described & presented by Rep. Plaskett this hour must not be ignored. pic.twitter.com/A0VghQV5lj

Del. Stacey Plaskett presents an affidavit saying members of the insurrectionist mob "would have killed Vice President Mike Pence if given the chance." pic.twitter.com/M3ceKfBfdv

The fact that PENCE was targeted really illustrates the centrality of Trump in inciting this riot.

Trump invented out of whole cloth the idea that Pence could unilaterally decide who won the election.

The mob tried to act on that fantasy.

President Trump incited a mob that tried to kill Vice President Pence and most of the GOP thinks Trump should not face any repercussions. pic.twitter.com/RM46JRayj6

How freaking unbelievable it is that Republican House members and Senators are okay with the possibility that Mike Pence could have been assassinated so they could stay in power.

As it stands, we have background quotes in the press and some secondhand accounts via elected officials themselves, none of which look good. But there's not a minute by minute official story of who was giving orders at what time and what options were presented when.

Romney would have been killed. Republicans don’t want to talk about it, but it’s the scary truth about that day

And yet Pence refused to denounce the man who threw him to the wolves to be hung. https://t.co/6phZorGdcU

Ted Lieu reading quotes of Trump mocking Republican senators and calling them weak and pathetic ... as they prepare to weakly and pathetically acquit him is a ninja-style rhetorical move

“Paul ‘notably and clearly intentionally turned his back’ when impeachment managers played videos of an October incident in which pro-Trump drivers pursued a Biden campaign bus, which caught the attention of most other Republican senators.” Andrew Solender, Forbes #dick @RandPaul

Republican senators doodled, put their feet up, and read while Democratic impeachment managers made their case against Trump https://t.co/ghi5isMeIs via @businessinsider

As the video from the "Million MAGA Rally" of Trump supporters chanting "Destroy the GOP" was played, I wonder what those GOP Senators thought of their fellow "Republicans" being incited to destroy their party? I know you missed it @hawleyNO you're doing your nails in the gallery

Well I'll be damned. Looks like the fucker is guilty as hell.#ImpeachmentTrial #TrumpIsGuilty #Trump

Twitter says Trump is banned forever — even if he runs for president again https://t.co/3erQXsuX6q by @tayhatmaker

Farewell to Lou Dobbs, the most North Korean broadcaster America has ever seen pic.twitter.com/rXSmpiZ1dK

Terrorists, over and over, have a history of domestic abuse.

In the last 35 days or so, a number of right-wing figures have suddenly discovered that, regardless of their prior statements, they fervently oppose impeachment trials for former presidents. pic.twitter.com/DGP7R3Xjtk

“A lot of people think that goes away in April with the heat … We’re in great shape, though.”

He got this April-heat theory from Chinese president Xi.
Ignored his own experts...https://t.co/pirODXeyv6

Very smart man Tucker Carlson has concluded Melinda Gates is controlling what you're allowed to say about the COVID vaccine. pic.twitter.com/ekJb2wqd5x

hard to believe the Republican Party has a problem with women https://t.co/p86K0qpXuX

can you imagine the pearl clutching if a male Democrat went out of their way to talk about "ignorant sluts" while questioning a Republican woman? It would fill Fox News segments from now until the rapture