I'm so old I remember when news of the President of the United States committing treason by doing nothing for nearly 18 months after being told Russia was offering (and paying) cash bounties to killers of American soldiers in Afghanistan would have been an important, stop-the-presses event. 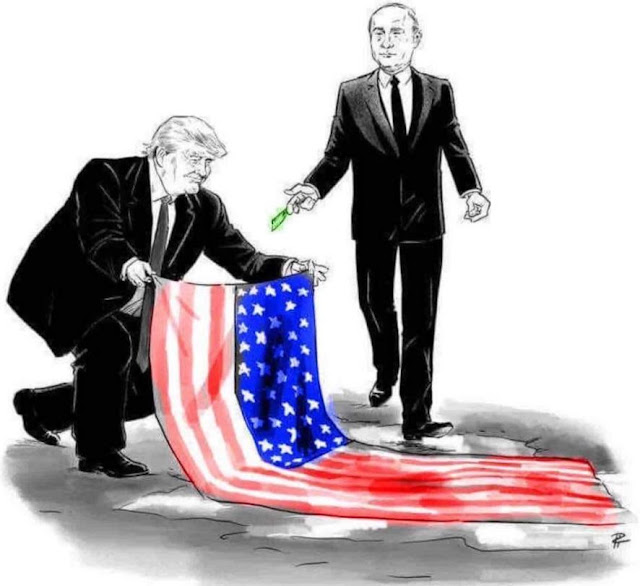 It was reported last Friday that the President was informed months ago that intelligence officials concluded the information was strong. "Officials developed a menu of potential options ... [including] an escalating series of sanctions and other possible responses, but the White House has yet to authorize any step..."

After the information was public, the President waited two days before calling the story "fake" and claiming he was never given this information. It's true the President refuses to read his daily briefing and is unable to sit still and pay attention when the information is presented to him in another way, but his admission of not being told reveals he is not actually in charge at the White House. He gives the impression that he is a mere prop, nothing more than window-dressing. Anyway, US intelligence officials contradicted the President's denial, stating he was briefed in writing in late February 2020, with one official specifically mentioning February 27.

The AP reported late Monday night that the President was first informed in early 2019.

The President knows this information now. What is he doing?

On Sunday, he tweeted:


Nobody briefed or told me, [the Vice President], or [my] Chief of Staff ... about the so-called attacks on our troops in Afghanistan by Russians, as reported through an "anonymous source" by the Fake News @nytimes. Everybody is denying it & there have not been many attacks on us..... ...Nobody's been tougher on Russia than [my] Administration. ... Probably just another phony Times hit job, just like their failed Russia Hoax. Who is their "source"?

This statement is quite remarkable. The President is claiming:


1. Not only was he not told, but the Vice President was also kept in the dark.

2. It was reported that money had been paid for at least one killing and the Pentagon is investigating other incidents, but the President refers to these "so-called attacks". Are the dead soldiers "fake" as well?

3. No one except the President is denying this report. The National Security Council, the Pentagon, the State Department, and the CIA have all declined to comment (which tells you something right there).

4. "Nobody's been tougher on Russia"? Dude! Everyone has been tougher on Russia. One administration source said recently that the President was "inordinately solicitous" of the Russian leader's admiration and approval, talking on the phone like a giddy schoolgirl, "mostly about himself, frequently in over-the-top, self-aggrandizing terms". The source said: "He's playing with something he doesn't understand."

5. The President says this is "probably" a phony story? Now he's not sure if it's actually "fake"?

6. The Russia Hoax was most certainly not fake. When US intelligence was certain that Russia had helped the President cheat in 2016, the President chose instead to believe the Russian president when he said it had not happened. He also criticized a bill imposing sanctions on Russia after Congress passed it by veto-proof majorities.

7. Nowhere in these two tweets is there any anger that another country has paid gunmen to murder American soldiers. It's a rare display of reticence from a guy who has never in his entire life been shy about insulting anyone. 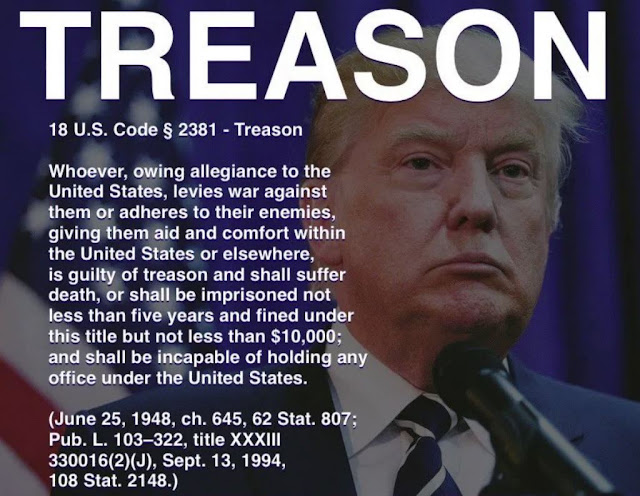 8. "There have not been many attacks on us". ... Those eight words give the game away. The President is claiming this story, which now may not be fake, is not such a big deal, because not very many US soldiers were murdered in this "cash per head" deal. This is exactly (one of) the same excuses trotted out when the President was impeached after being caught trying to get Ukraine to help him cheat in the 2020 election: He didn't get any useful dirt on his opponent and eventually released the aid money, so there was no crime. (Which would be like saying you should not be arrested after trying to kill someone because the bullet missed its target, so where is the crime?)

The utter silence from the President's party since Friday is deafening, though logical. They have been quick to condemn the removal of memorials and statues of traitors to the US, so we should not expect any condemnation of the President for also committing treason.


You know what we used to do in the old days when we were smart with spies and treason, right? We used to handle it a little differently than we do now.

Eight Republican lawmakers attended a White House briefing on Monday to learn more about these allegations and eight Democrats will be briefed on Tuesday morning.

White House press secretary Kayleigh McEnany insisted the President STILL had not been given any information. She could not explain why 16 lawmakers from both parties would be freely given extensive intelligence information, but the President would not. 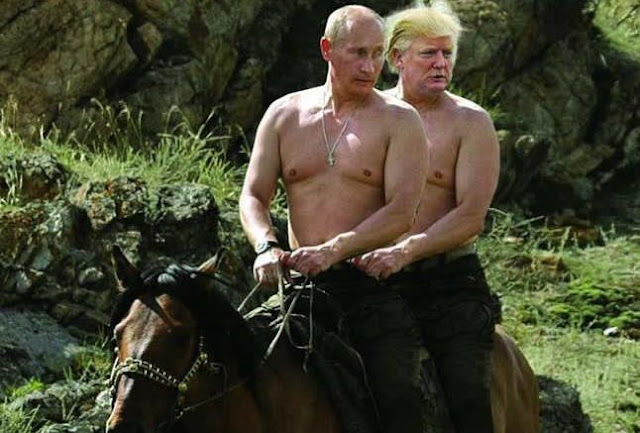