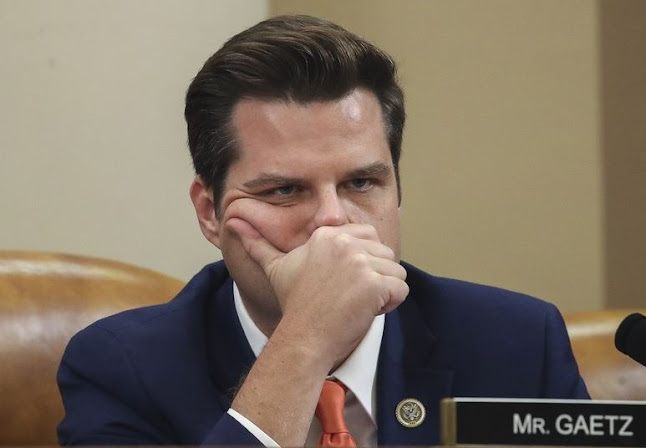 We have obtained reams of new Venmo and Cash App payments from Greenberg. Countless thousands of dollars spread out among more than 40 women, for things like "Food" and "Ass" and "Salad." If you call them women. Most were around 20 years old at the time. One was under 18.

Dear @GOPLeader: Why is Matt Gaetz still on the House Judiciary Committee, which has oversight over the Department of Justice that is investigating Rep Gaetz? This is a serious criminal investigation that includes allegations of sex trafficking. https://t.co/uhOqdrOpVY

Do I even want to know what kind of salad costs $1000? pic.twitter.com/9uih3pa3Cg

I’ve heard that getting your salad tossed can cost that much. It’s not the materials, it’s the labor.

The salad included baby bok choy. Yes, even his bok choy is underage.

Maybe they're buying the brand ice cream they were making fun of Nancy Pelosi for having in her freezer.

So now we get a glimpse into how these nuts think that pizza toppings represent human trafficking code names. Always projection.

They're still the 12 year-olds who fantasize of growing up to be the cocaine ninjas who fuck every hot girl they see and high-five each other before, during or after.
These privileged deplorable idiots have way too much money and power. It's time to right some wrongs.

This Matt Gaetz story from ⁦@rbravender⁩ is astounding ... come by for the high school photos of Gaetz. Stick around for his former classmates dishing. A lot. https://t.co/h1cetPe20n

Why do so many Republican bridge trolls like Matt Gaetz have such weirdly shaped heads? Too big, too small, too square, too pear-shaped, tiny faces and huge foreheads. Maybe there’s something to this phrenology stuff after all.