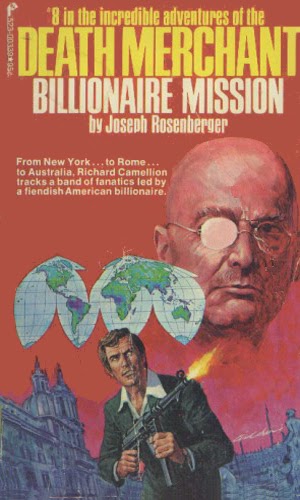 The Death Merchant emerges victorious. The CIA wanted Silvestter taken alive, but that was not possible. The epilogue has Camellion already contemplating his next mission: "I've got to go waste some sandcrabs!", i.e., Arabs in North Africa.
Posted by allan at 7:13 PM

I don't have Death Merchant #7 (The Castro File), so I will proceed to the eighth number

I am reporting you to the OCD police.

They are also asking about Stephen King.