What If Trump Had Tried Just As Hard To Stop The Virus? 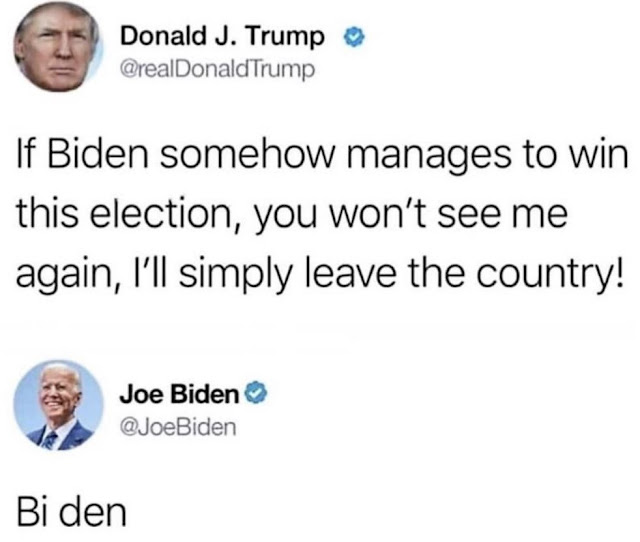 "Biden claimed states," meaning states that have released results that indicate a Biden win. It just so happens that those are the only states with voter fraud. JFC pic.twitter.com/2mNb0z00X6

No one on the right is even trying to make an argument for why votes postmarked before election day shouldn't be counted.

They want them banned for one reason only: they think they're likely to go for Biden. That's it.

Fox News pressed Kayleigh McEnany repeatedly on the fact that Trump wants to exclude PA ballots that were cast under the rules as they existed at the time.

She had no good answers.https://t.co/mfSgyvV6aU

Almost everything Trump has said or tweeted today has been wrong. https://t.co/vO25GhHXsX

One of Trump's closing messages was that, because people were only talking about the coronavirus to make him look bad, you would no longer hear much about it as of November 4, which is today. https://t.co/hRXjtZHRnR

That is not true. Even in pre-pandemic elections, it was routine for states to accept ballots - including ballots from overseas military members - postmarked by (or before) Election Day but received after. The states that do so include states governed by conservative Republicans. pic.twitter.com/khJzM2bpz8

— Neither French Nor Saunders (@abugorowies) November 5, 2020

Trump leads in Georgia by 0.3%

The healin’ has already begun. https://t.co/lyKbsK8hRw

It's Raining Men is too gay.