Fox Viewers Trash Tucker Carlson As A "Traitor" And "Sellout" After He Reports Asking Trump's Attorney For Any Evidence Of Voter Fraud; She Could Not Point To Anything (And Then Told Him To Never Contact Her Again) 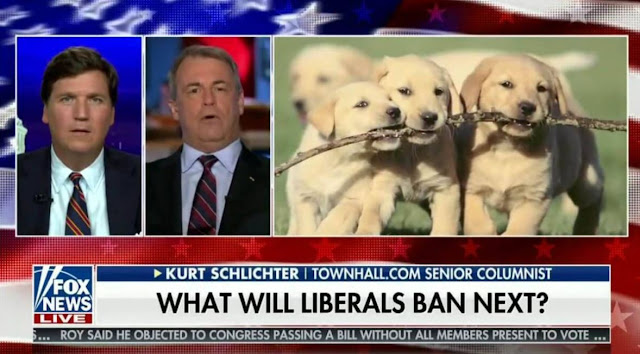 [Tucker] Carlson angered some of his audience Thursday when he called out Sidney Powell, President Trump's attorney who has peddled wild conspiracy theories about the 2020 election. Carlson was careful not to deviate too far from the party line, opening his show with deference to the fraud claims presented by Rudy Giuliani. . . . He explained to his viewers that he had reached out to Powell for supporting evidence with an open mind. . . .

Then Carlson broke the news ever so softly to his viewers: He said that, despite his polite requests, Powell had not provided a shred of evidence to support her outlandish claims and had even told him to stop contacting her. Not only had she failed to provide him with evidence, Carlson said, she had also failed to support her claims to others in Trumpworld.

Now I don't bring this up to suggest that Carlson deserves accolades for acknowledging the truth of the matter on his program. Injecting a dose of reality into one's coverage shouldn't be cause for praise. And that's not what I'm getting at.

But what is remarkable is that, ever since he called out Powell, Carlson has been the subject of denunciation by some on the right. His mentions on Twitter have been flooded with disappointed viewers saying that they feel betrayed by him. Right-wing websites have homed in on the controversy. And pro-Trump internet personalities have criticized him for having the nerve to challenge Powell.

Powell herself retweeted accounts attacking Carlson, including one that said Carlson had thrown "one of his Fox Globalist directed temper tantrums" and is "owned by The Syndicate." During a Friday morning appearance on Maria Bartiromo's show, Powell bashed Carlson as "insulting" and "rude."

This is all to say we are at a place — a bad place — where some Trump supporters will not believe any info that runs contrary to the Trump narrative, even if it's Tucker Carlson delivering it. Dare to dissent from the Trump camp — even politely and regarding a deranged conspiracy theory — and even someone like Carlson will be attacked and called a traitor. . . .

So where do viewers go if Fox isn't pro-Trump enough for them? Lately, the answer has been Newsmax. And the channel's top-rated host Greg Kelly wasted no time zeroing in on Carlson and attacking him. . . . "People are talking about what's happening at Fox. Fox does seem to be going through a bit of an identity crisis. They are not very supportive of the president these days. They seem to be bending over backwards to hurt him." . . .

-- Chuck Todd: “We now have a chunk of the electorate that is saying, ‘No, no, no, no. Don’t tell me your facts. I don’t like your facts,’ and even when they hear the facts from a on-again-off-again news organization that does actually publish a fact, they will run away from it. And they’re seeking out misinformation..." (Mediaite) 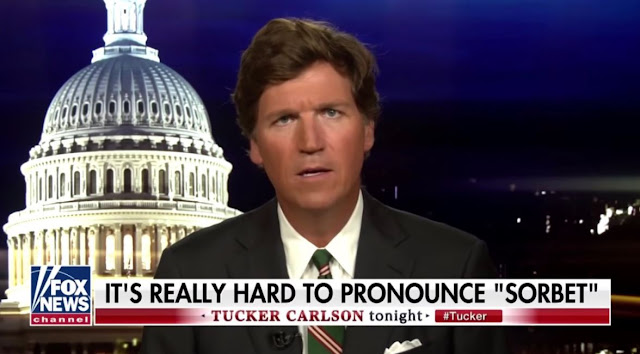 What Powell was describing would amount to the single greatest crime in American history. Millions of votes stolen in the day. Democracy destroyed, the end of our centuries-old system of self-government, not a small thing. . . .

We invited Sidney Powell on this show, we would've given her the whole hour, we would've given her the entire week and listen quietly the whole time at rapt attention—that is a big story. But she never sent us any evidence despite a lot of requests, polite requests. Not a page. When we kept pressing she got angry and told us to stop contacting her. When we checked with others around the Trump campaign, people with positions of authority, they told us Powell has never given them any evidence of either, nor has she provided any today at the press conference.

Powell told Carlson to not contact her again because he "was very insulting, demanding, and rude".

The nerve, asking her to back up even a portion of her claims of a stolen election!