After Avoiding Reporters For 22 Days, Trump Sits At A Tiny Desk And Has A Tantrum: "You’re Just A Lightweight. Don't Talk To Me That — Don't Talk — I'm The President Of The United States. Don't Ever Talk To The President That Way."

This is a real photo he chose to take. pic.twitter.com/uDdA56Zr2c

It reminds me of the baby Resolute Desk at the Children’s Museum of Manhattan. pic.twitter.com/mw1T1049X6

This is the Four Seasons Total Landscaping of tables. pic.twitter.com/RwYZ9zUksH

Whoever told him this was a good idea hates him. pic.twitter.com/TLizcRttNn

Looks like he’s been relegated to the kids table for Thanksgiving.

May this be how we remember the Trump presidency: a baby at his tiny little desk throwing a tantrum pic.twitter.com/T26DjF1fL4

plz include this photo in the smithsonian pic.twitter.com/wB9POBhynB

Holy shit! #DiaperDon is trending number one in the United States! No wonder Trump is soiling himself on Twitter! https://t.co/hFgVrCmigd

You can’t make this stuff up. 🤣 pic.twitter.com/PVNQUqObBI

President Trump said on Thursday that he would leave the White House if the Electoral College formalized Joseph R. Biden Jr.’s election as president, even as he reiterated baseless claims of fraud that he said would make it "very hard" to concede. . . .
Speaking in the Diplomatic Room of the White House after a Thanksgiving video conference with members of the American military, the president insisted that "shocking" new evidence about voting problems would surface before Inauguration Day.
"It's going to be a very hard thing to concede," he said, "because we know that there was massive fraud." . . .
Mr. Trump said he would visit Georgia on Saturday . . . It is unclear how helpful Mr. Trump's appearances would be for the two embattled Republican incumbents. . . .
Mr. Trump insisted on Thursday that he had won the vote by a significant margin. "We were robbed. We were robbed," he said. "I won that by hundreds of thousands of votes. Everybody knows it." . . .
At times, Mr. Trump shifted his explanation of his defeat from claims of fraud to complaints that the political battlefield had been slanted against him, casting the news media and technology companies as his enemies.
"If the media were honest and big tech was fair, it wouldn't even be a contest," he said. "And I would have won by a tremendous amount."
After seeming to concede reality, Mr. Trump quickly caught himself and revised his conditional statement. "And I did win by a tremendous amount," he added. 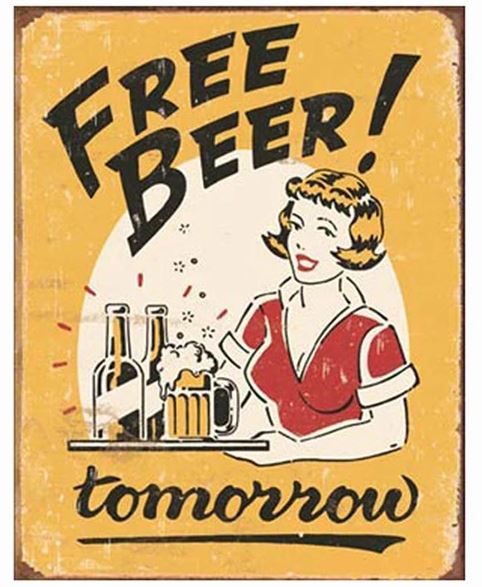 Trump is still promising "shocking" evidence will be revealed . . . more than three weeks after the election. And yet his lawyers have presented no evidence of fraud in court. In fact, they have told several judges they are not alleging any fraud and are not claiming the election was unfair.

Of course, empty promises are all Trump has. His claims of forthcoming evidence are a "Free Beer Tomorrow" sign in a bar.

Trump also tweeted about a "big" lawsuit that will be filed very soon. So what were those first 36 lawsuits that were either dismissed in court or withdrawn before getting to court? If you are trying to overturn an election, wouldn't you go with your best evidence first? 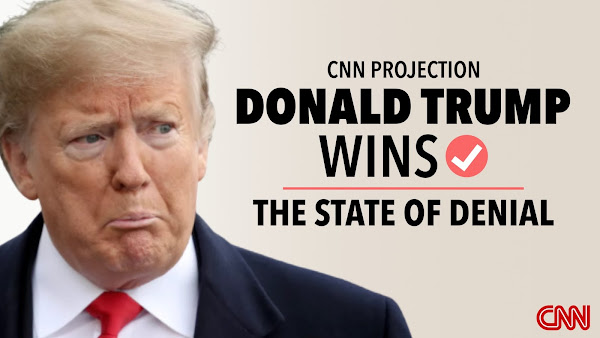 "We will not be intimidated...We are going to clean this mess up now. President Trump won by a landslide. We are going to prove it. And we are going to reclaim the United States of America for the people who vote for freedom."—Sidney Powell pic.twitter.com/8KCEOGuL7w

Trump shared this article this morning. Just absolutely batshit crazy stuff, and not how any of this works. pic.twitter.com/PTcywesQNP

Are you listening Republicans? https://t.co/N5heB6gvwb