Trump, On What He Will Do If Biden Wins: "Let's See What The Hell Happens" 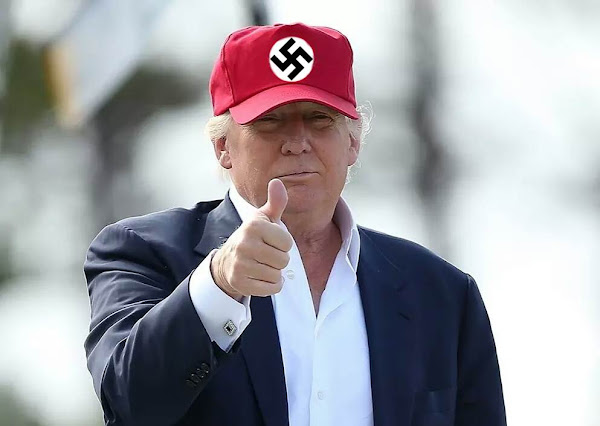 Men who look upon themselves born to reign, and others to obey, soon grow insolent; selected from the rest of mankind their minds are early poisoned by importance; and the world they act in differs so materially from the world at large, that they have but little opportunity of knowing its true interests, and when they succeed to the government are frequently the most ignorant and unfit of any throughout the dominions.

This is the stuff of Nazi rallies pic.twitter.com/hkl55tHCvU

This is the stuff of Nazi rallies, part 2 pic.twitter.com/rhkMJU7WlA

Trump calls on the DOJ to investigate AOC and Ilhan Omar for no good reason. The stuff of Nazi rallies, part 3 pic.twitter.com/LQqAc8CZFD

This is the stuff of Nazi rallies, part 4 pic.twitter.com/CRnqguyxNE

Trump: Did you see the way our people were protecting his bus yesterday because they’re nice pic.twitter.com/VNsF3wi7d4

Protecting = surrounding, trying to run off the highway at high speeds, smashing a staffer's car, all while armed.
Terrorism is not a joke.

Hard to overstate how dangerous what happened was, and how dangerous the president encouraging it yesterday is. https://t.co/5vB9ZejVPE

I know we’re numb to it but it’s remarkable that Trump can totally fabricate a call he supposedly had with Shinzo Abe and people just shrug pic.twitter.com/0qH8zq73UC

Has anyone done a weather is very unfair to me supercut yet?

"this is one hell of a wind" also serves as an apt description of any Trump speech. 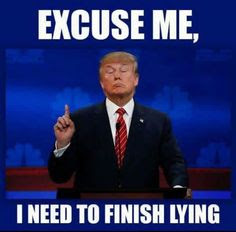 "Shifty Schiff with watermelon head, right? Schiff, he comes out, little Schiff, and he said 'I think the laptop was developed by Russiaaaaa!' Russia is probably going, here we go again" -- Trump pic.twitter.com/kRA8V3Zi0k

Trump acknowledges that the media calls him out for his (false) claims about who pays for his tariffs on China, but then lies about it anyway pic.twitter.com/SW4VcmJHB9

Trump suggests that the lawful tallying of mail ballots after election night is actually an attempt to steal the election from him: "We're not gonna let that happen to us with these ballots ... we should know the results of the election on November 3." pic.twitter.com/iSs1l2vL4T

"So, Bernie never created a list" -- Trump forgot who he's running against pic.twitter.com/P15p7ldmyv

"Let's see what the hell happens" -- Trump still won't commit to acquiescing to a peaceful transition of power if he loses pic.twitter.com/XQlLTdgw0p

Here's Jason Miller saying that counting all the ballots = stealing the election: pic.twitter.com/FMApbmVlRa

The quiet part, screamed: Trump tells reporters that "we're going to go in the night of, as soon as that election is over [in PA], we're going in with our lawyers ... if people wanted to get their ballots in, they should have gotten their ballots in long before that." pic.twitter.com/sAMA0Pw6Tg

"He's just angry and agitated. And he doesn't want to be there." pic.twitter.com/qcaKtTJQbB

NEW VIDEO: Trump Promised everything in 2016. He said he would protect social security, cut taxes for the middle class, and fight for working families. But he is the promise everything, deliver nothing President. He delivered nothing.

Trump 2020: Not Everybody Died