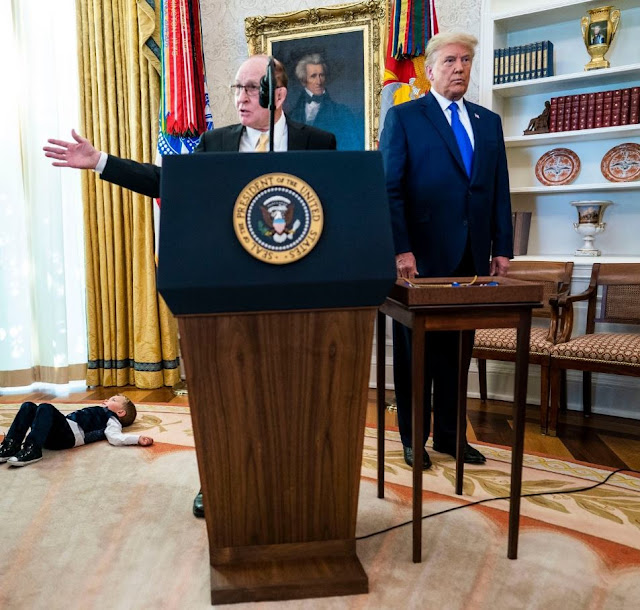 Trump has now directly asked Republicans in Pennsylvania, Michigan, and Georgia to help him overturn the election results https://t.co/ChQWHDckLF

Yes. His deranged mind is consumed by conspiracy theories and made up nonsense, his off the charts malignant narcissism incapable of comprehending he lost. Add in the fear of legal issues from many fronts & the incoming implosion of his fake smoke & mirrors persona & its a mess. https://t.co/xQzItwIahN

This is unreal. Trump abruptly walked out of Dan Gable’s Medal of Freedom ceremony today, leaving Gable shrugging and at a complete loss about what he was supposed to do. pic.twitter.com/mOzlLn8poC

It also gave us one of the classic photos of the Trump presidency. pic.twitter.com/YgMyfbf4oB

He looked like he was about to lose it right before he left the room. pic.twitter.com/DxQMS4Xldy

That is the face of a man who is depressed and checked the fuck out. He can’t stand being challenged on anything, and that’s all that’s waiting for him every day. Even if his lawyers managed to pull off the coup, he’s never be able to do another press event in his life.

This is what it looks like when a president is faced with questions he cannot answer. He retreats, leaving his own office.