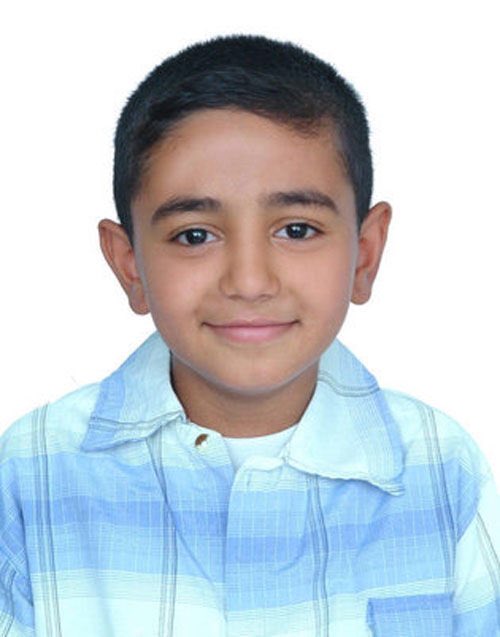 Ali Kinani was 9 years old when he was shot in the head by Blackwater guards on September 16, 2007 in Baghdad Iraq. @realDonaldTrump just pardoned his killers. I represented Ali's and five other families in a civil lawsuit against Blackwater and Erik Prince for the killings.
Ali was sitting in the back seat of his father's SUV with two of his cousins. Blackwater riddled the car with bullets. Ali's father was driving. When the shooting stopped they thought they had experienced a miracle that they were safe.
One of Ali's cousins said that Ali had been shot. His father opened the door after seeing blood on the window - and Ali's brain fell out onto the pavement between his father's feet.
Nicholas Slatten, Dustin L. Heard, Evan S. Liberty, Paul A. Slough.
The Blackwater guards convicted of killing Ali Kinani and over a dozen other innocent Iraqi civilians were pardoned today by Donald Trump.
None of the victims had weapons. They were all shot and killed or wounded in their cars.
Blackwater had disobeyed a directive to stay in the Green Zone. Instead, they entered Nisour Square, blocked traffic, and began firing into the cars of innocent civilians.
The FBI investigated the shooting. It was the FBI's largest and most expensive criminal investigation since 9/11. The investigation was a joint effort by both the FBI and its counterpart in Iraq.
Dozen of witnesses were brought from Iraq to DC for the trial. The prosecution's first witness was Ali's father Mohammed Kinani. He testified for two days explaining the savage attack by the Blackwater men.
Nicholas Slattan was convicted of murder and sentenced to life. The others were convicted of manslaughter and weapons charges and sentenced to 20 years.
I deposed the Blackwater guard who confessed to being one of the shooters. Blackwater trained these men in Moyock, North Carolina. Blackwater paid these men - and Erik Prince made millions selling their services to the US government.
I was quoted in @WSJ the day of the convictions that my clients, who were still citizens of Iraq, were certainly pleased to know the men accused of killing their family members had been brought to justice. I am equally certain they feel the US government has let them down today.
@jeremyscahill's excellent documentary about Blackwater's Youngest Victim shows part of Ali's father's graphic description of the massacre.
Blackwater's Youngest Victim
On September 16, 2007, employees of the military contractor Blackwater, USA opened fire and killed at least 14 Iraqis in the infamous Nisour Square massacre. The youngest victim was Nine-year-old Ali Kinani, who died from a gunshot wound to the head. In this exclusive interview, produced for Democracy Now by The Nation's Jeremy Scahill and Richard Rowley of Big Noise Films, Ali's father Mohammed talks about his son, the shootings, and his struggle to win some justice for his son. Two and a half years after the shootings, Mohammed may be the one man standing between Blackwater and total impunity. youtube.com
Abraham Al Mafrage was a 70yo farmer and father of 7. He was shot in the head in a public bus by Blackwater shooters. He was also killed on 9/16/07. Trump pardoned the four men convicted of the Nisour Square killings. There is no question the victims were innocent civilians.
Mahde Shamke was 25yo. He was shot in the back while driving a taxi. He supported his parents and siblings. He was killed by on 9/16/07.  Mahde died in the hallway of the hospital asking for water with a large exit wound in his chest. Trump pardoned the Nisour Square killers.
The US government provided Ali's family a small condolence payment. They donated ½ the payment to wounded US soldiers. Ali's mother delivered the donation to the US embassy. General Ray Odierno sent this thank you letter to Ali's family. Donald Trump just slapped her in the face.

Erik Prince is perhaps the most dangerous private citizen in the country. He created Blackwater to launder mercenary activities around the world, and then changed the company's name after some of his hirelings murdered civilians in Iraq, which we will get to in a moment. He held clandestine meetings in out-of-the-way places on behalf of the president's campaign, and the president* named his sister, Betsy DeVos, to be Secretary of Education, a job for which she was as qualified as I would be to fly a 747, and a job in which she did very little, and all of it badly. . . .
Investigators for the military and the FBI later described the [Nisour Square] shootings, in which the contractors unleashed a blaze of gunfire and grenade explosions in a busy Baghdad square, as unprovoked and unjustified. Federal prosecutors said that many of the victims, including women and children, some with their hands in the air, "were shot inside of civilian vehicles while attempting to flee." . . .
The massacre in Nisour Square for which the four Blackwater guards were doing time was as bad an incident as can be found in the history of that godawful cluster of fck. . . . [O]ne of the Blackwater contractors kept firing into crowds of civilians even while the other contractors begged him to stop. But, as we have learned over time, the president* has a sweet-tooth for war criminals of one kind or another. All they have to do is to get someone to plead their case on Fox News, thereby guaranteeing the president*'s attention, and they're halfway home. . . .
The pardons to people who worked for him, probably doled out to keep himself out of jail, don't shock me. After all, this is the second Republican administration in which Bill Barr worked as attorney general that ended with pardons in order to protect the president*'s hindquarters. We all knew these were coming, just as we know a boatload of others are coming as well. But the Blackwater pardons are a different shade of equine. I am not afflicted with paranoid fantasies about militias coming to the president*'s defense as he chains himself to the Resolute desk, but doing business with Erik Prince is bad news, and currying favor with him by pardoning his war criminal employees is doing serious business with him. . . .

"Seventeen Iraqi civilians, including 9- and 11-year-old boys, were killed when private contractors from the US security firm Blackwater opened fired in Baghdad's Nisour Square in 2007."https://t.co/Awk0fyAZmE

“A tabulation by the Harvard Law School professor Jack Goldsmith found that of the 45 pardons or commutations Mr. Trump had granted up until Tuesday, 88 percent aided someone with a personal tie to the president or furthered his political aims.” https://t.co/rm3xzFcx58

Pentagon leaders are anxious over what Trump might try next. #Trump #military #elections #25thAmendment https://t.co/XZTJ2dIOct

An Actual News Organization, As Opposed To A Sub-Literate
Propaganda Outlet, Either Knows Its Guests Or Verifies Their Identity

The segment ran in its entirety, Bartiromo coming back after the break to offer an apology. @MrScarce https://t.co/4Z52OVTa0k

Rudy Is Being Investigated By Justice Department
(He Thinks An Army Of "Secret Police", Controlled By
Joe Biden, Who Currently Has No Control Over The US Justice
Department, Is Behind It All)

Rudy Is Too Crazy For Fox!

Rudy Giuliani has fallen from the heights and banished to the nether regions of Newsmax and OAN. Oh dear. #RudyGiuliani #electionfraud https://t.co/iSZk9PMYpt