A Forgotten Story From June: Trump Handed Out $551 Billion And (Still) Refuses To Say Where It Went 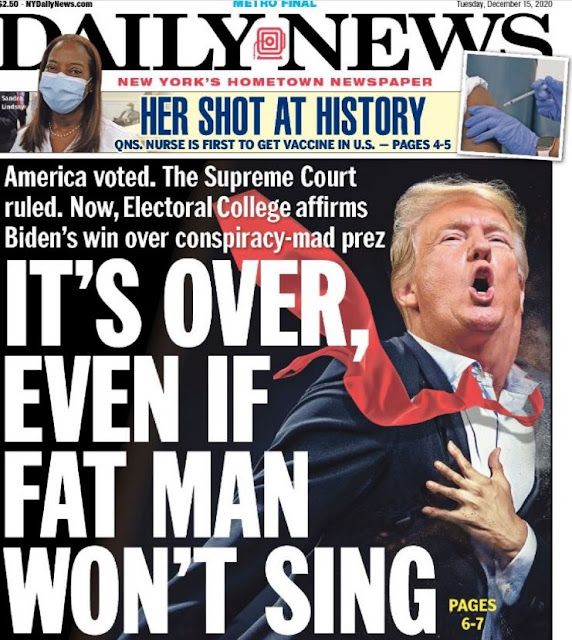 Meanwhile, For Others, Reality Is Scary
Brian Stelter, CNN:

Some right-wing sites and shows don't know what to do now. Biden's victory has been affirmed, once again, but there's widespread demand for an alternative story, so some propagandists are willing to supply it. Even though Newsmax is officially identifying Biden as prez-elect now, the channel's top host, Greg Kelly, is in denial: On Tuesday night he said Biden only 'purportedly' clinched the electoral college, and then he said "I do believe there is a significant chance that Donald Trump could be inaugurated' for a second time in January. Some guests on Newsmax also talked up the fantasy of a second Trump term on Tuesday. Segments on One America News pushed voter fraud storylines. And lesser-known brands like Right Side Broadcasting tried to attract viewers with live streams of 'Stop the Steal' events. Here's my report from Tuesday's 'Erin Burnett OutFront' on CNN... 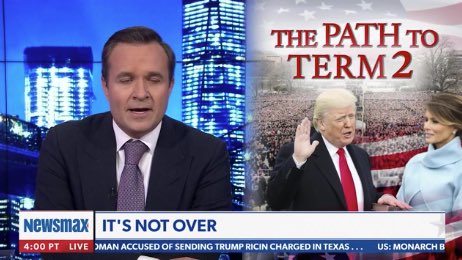 Why would Mitch McConnell deliver such a body blow to patriots and Trump supporters? What’s he trying to tell us? pic.twitter.com/pF2EenjrSo

yes. this is frickin' #idaho https://t.co/HdVUrKdP6x

This Is Part Of Trump's Effort To Help "Small Businesses" During The Pandemic.
$551 Billion. Trump Has Refused To Say Where Any Of It Went

Joel Osteen's megachurch received a $4.4. million Paycheck Protection Plan loan during the coronavirus pandemic, according to Federal data. The loan was disbursed in July of this year. pic.twitter.com/aU2ilq8zTW

My favorite Osteen story is when the city was flooding he locked the gates of his mega church to keep out the riff raff. It’s what Jesus would have done.

The Sedition Party Rants About Non-Existent Fraud
While Remaining Dead Silent About This . . .

Some of America’s most deeply held secrets may have been stolen in a cyber-espionage campaign being blamed on Russian government hackers. It could take months - even years - for digital sleuths to assess the damage. https://t.co/OTc5Llb4ND

The breach has definitely been attributed to Russian hackers working for Russian intelligence. The atmosphere within our gov't described as "chaos" as a result. https://t.co/hChp3cIpta

Trump has not done or said anything about this, nor expressed any regret that his administration failed to prevent it, and no one expects him to.

No one expects him to defend the American government from this attack because it appears Russia was behind it, among other reasons. https://t.co/doD7F8JLNU

You mean russian hackers were able to infiltrate government systems while a man in the white house that had russian hackers help him get elected is still there? And he also fired the person in charge of these protections?

I don't know about any of you, but I am shocked.

Seems convenient to help a friend by leaving the door unlocked so they can sneak in. The relevant security positions were eliminated. Pentagon security fired over a topical issue but really just distractions to pull focus until they were done pic.twitter.com/JwhcgTQpeQ

I’m starting to think Trump may have helped them pic.twitter.com/uvWzq1cX6J

Trump succeeded in his final task as a Russian agent.