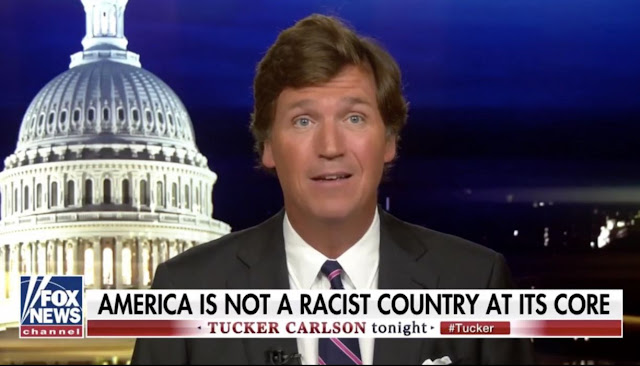 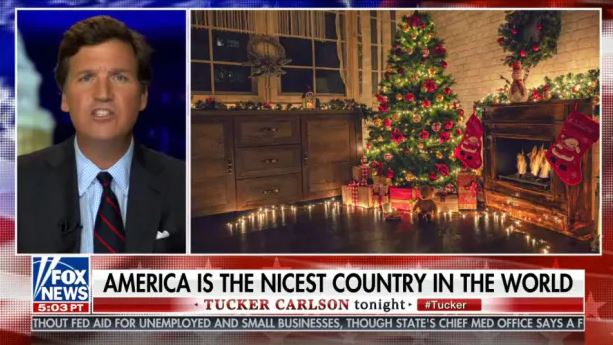 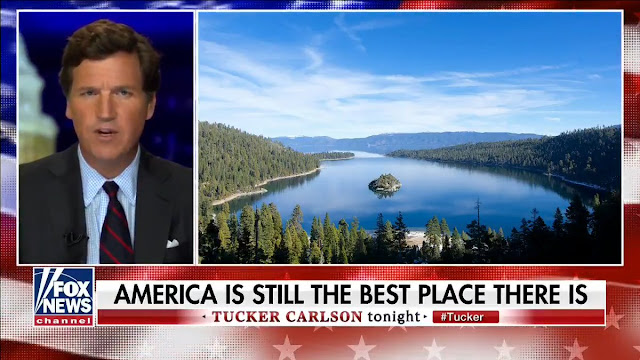 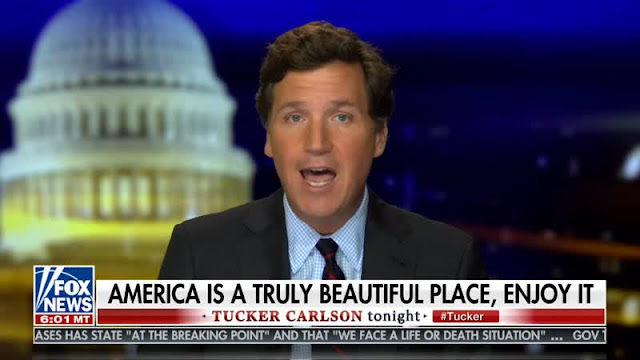 John Oliver, host of Last Week Tonight, last Sunday described Fox's Tucker Carlson as "the most prominent vessel in America for white supremacist talking points".
Then he proved it, beyond all doubt.
Pretty much the only other voices you hear in Oliver's 20-minute segment are Carlson and various Neo-Nazis, including former grand wizard of the Knights of the Ku Klux Klan David Duke, who gives near-daily recaps of Carlson's show on his podcast and last July called for Carlson to be Donald Trump's Vice President in a potential second term.
Carlson's show is often the most-watched cable show in the United States, with more than three million viewers, many of which are much younger than the stereotypical elderly Fox viewer. . . . Oliver:

"My family watches Tucker Carlson's show once, and then watches it in the replay because they feel he is making the white supremacist nationalist talking points better than they have. And they are trying to get some tips on how to advance it."

Yeah, they watch it once to enjoy it and a second time to learn from it. . . . So given that Tucker has the adulation of white supremacists and the ear of millions of your relatives, co-workers and elected officials, we thought tonight it would be worth talking about where he came from, what his tactics are, and why what he represents is so dangerous.

And let's start with some backstory. Tucker grew up in La Jolla, California, where his dad married an heiress to the Swanson TV dinner fortune . . . To hear Tucker's tell it, he grew up in a simpler, better time. He once wistfully claimed: "Racial solidarity wasn't a working concept in my southern-California hometown. Most people barely had last names, much less ethnic identities."

Which is a pretty weird thing to say if your full name is Tucker Swanson McNear Carlson and your ethnic identity can best be described as "My brother's name is Buckley Swanson Peck Carlson." The only way he could get any more ethnically white is if he jizzed mayonnaise. . . .

The pattern is clear. [Tucker] is scared of a country that "looks nothing like" the one he grew up in because diversity "isn't our strength", immigrants make our country "poorer, dirtier, and more divided", and any attempt to change that culture is an attack on Western civilization.

All of which is really just a long way of saying that when Tucker asks, "What is white supremacy?" the answer is: basically that. It's a belief that in a country where white people are dominant, that's all down to their natural and innate abilities, and any effort to change that is an affront to the natural order of things. 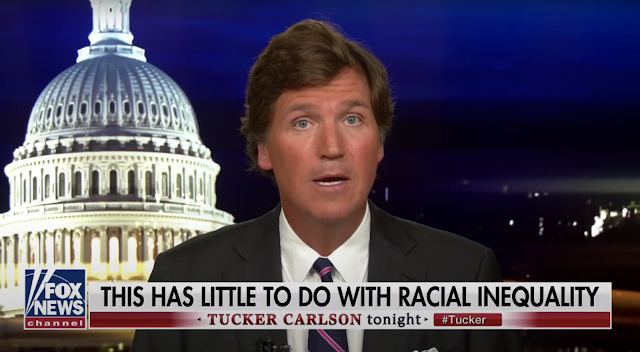 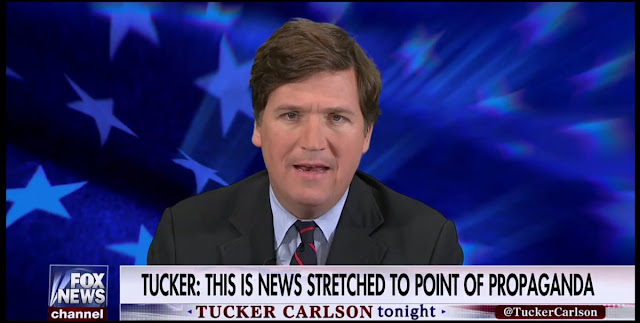