Major Biden Nipped Someone (Did Not Break The Skin). The US Media Has Spent More Time Covering This "Story" Than It Has On The 26 Credible Rape And Sexual Assault Allegations Against Donald Trump 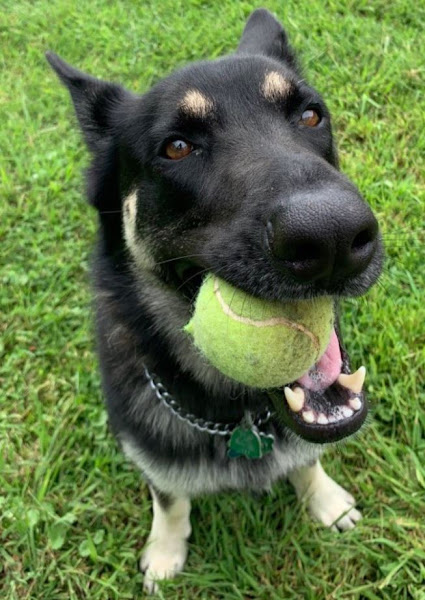 Press sec. Psaki says Pres. Biden's dogs are "still getting acclimated and accustomed to their new surroundings and new people."

"On Monday, the first family's younger dog Major was surprised by an unfamiliar person" which "resulted in a minor injury to the individual." pic.twitter.com/2ibQLLnYSq

Major Biden update: a Secret Service official tells me the dog “nipped” an agent’s hand and “no skin was broken.”This source describes it as “an extremely minor injury.”
The agent continued to work yesterday after the incident and has continued to work since then.

Trump can paw 24 women and MAJOR BIDEN is the one who gets sent away? pic.twitter.com/OpEtckBmjS

Psaki assures reporter Major Biden the dog "will not be euthanized" after biting incident https://t.co/fF75OeWQGC

Imagine being able to ask one question a day at the President's press briefing and picking this.

“Where is the cat” pic.twitter.com/XLgMsgA1xa

I’m still mad about Major Biden. He needs justice. Maybe a lawyer will work pro bone-o for him.

Fuck you. This is the best I got.

I get nipped a dozen times a day either in play or, little difference, annoyance that I'm taking my own sweet time over something. Jean is NEVER nipped.... The only time I've ever been bitten and bled was by a 15 year-old, mostly blind rescue dog, who wanted his damn supper on the floor now, dammit, and not on its way down to the floor in my hand.

I can imagine the stress dogs are under suddenly in the WH, surrounded all day by strangers, no clear routine.

My little sweetheart ripped my right-hand ring finger a couple of weeks ago. I needed seven stitches. Was it her fault? Of course not. She was extremely stressed out and I stupidly put my hand somewhere it should not have been (and I knew it was wrong and dangerous before I did it). Christ, if anything, I love her more now because I understand how fucking stressed she can get and I want to make sure that doesn't happen anymore. . . . How about they question that WH employee. That dog is likely a good judge of character.

Allan's actually been bitten badly twice -- both times trying to break up a fight.

I see only one US-based news source and saw nothing about this at all. Thank dog.