The Biggest Loser:
Trump Is Only President In US History To Be Impeached Twice (Only 393 Days Apart);
197 Republicans Protect And Support A Seditious President Who Incited An Armed Insurrection Against The US Government 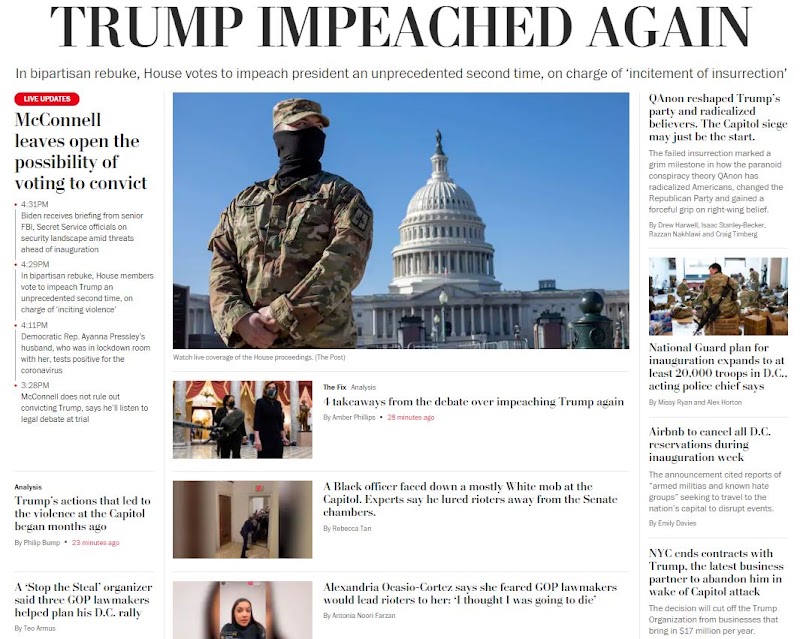 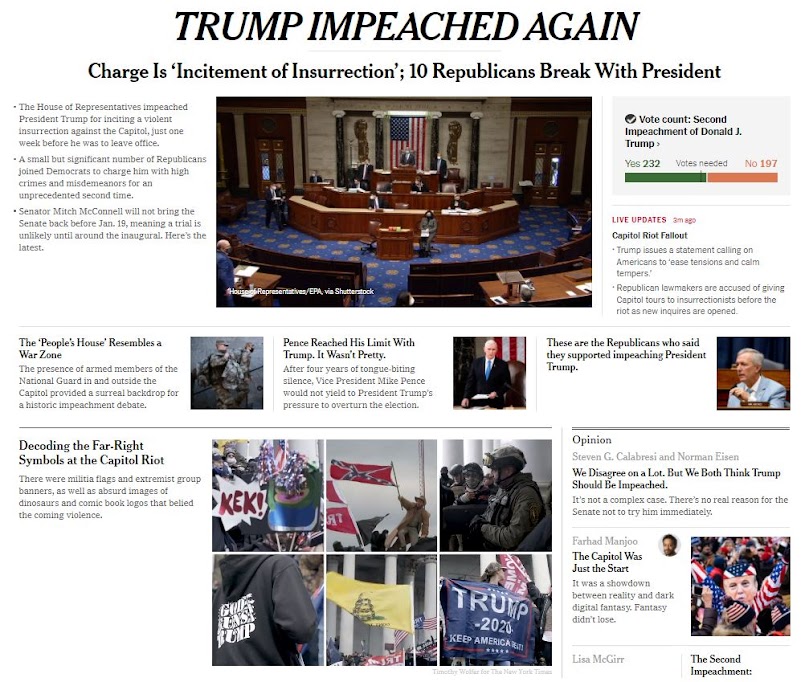 Senior Trump adviser tells @Acosta Trump is "clueless what any of this means internationally or historically," but Trump has told aides and advisers he does fear what the violence at the Capitol has done to his businesses and "the long-term brand."

Rep. Raskin: "It is a bit much to be hearing that these people would not be trying to destroy our government and kill us if we just weren't so mean to them." pic.twitter.com/TEydYa2PSn

Rep. Lofgren: "I'm the only member of Congress who has been involved in all 3 of the last presidential impeachments. Those were long proceedings. Today we don't need a long investigation to know the president incited right-wing terrorists to attack the Congress." pic.twitter.com/iefjGt4mNN

Rep. Moulton: "There are more troops right now in Washington DC than in Afghanistan. And they are here to defend us against the commander in chief, the POTUS and his mob." pic.twitter.com/bpf9mdWhYi

I spotted the National Guard sleeping in the hallways of the Capitol as I walked in this morning. pic.twitter.com/PzVpQCo5yU

Steny Hoyer: "For four years, Donald Trump has made no effort to hide his ambitions or his lacking of Republican principles ... his desire for autocracy and his glorification of violence have not been tempered, but rationalized ... Trump has constructed a glass palace of lies." pic.twitter.com/RYs5ognFyW

"Richmond out" is an awesome way to close out your speech from the House floor. https://t.co/YeJXbDKym7

Rep. Swalwell: "I've read many of my GOP colleagues know what the president did was wrong, but are afraid for their lives if they cross the president. I'm sorry you're living in fear, but now is the time to summon your courage." pic.twitter.com/qc2utE82xr

House officially has the votes to impeach Trump for the second time. 10 Republicans vote yes:

(THREAD) To understand the second impeachment of Donald Trump, we must understand the words that preceded and augmented his January 6 incitement of insurrection. This thread unpacks four key speeches—Don Jr., Giuliani, Mo Brooks, and Eric Trump. I hope you'll read on and RETWEET. pic.twitter.com/rZT50kfgO9

Translation: "We know that this is the right thing to do but we're too chickenshit to do it because we don't want to be the targets of the same kind of violence that we incited last week when we thought it would help us"

"So many people love him so much" -- Matt Gaetz is out here slathering praise on Trump pic.twitter.com/xUo9TU8pdL

Yes, the two months of lying about the election had nothing to do with all these morons traveling to DC on 1/6. Just a laughably stupid defense. https://t.co/i3WEHgzy9s

Rep. McClintock (R) is out here arguing that Trump's speech encouraging a riot was "freedom of speech" pic.twitter.com/tHGtJGHpbc

GOP Rep. Tom McClintock, arguing against impeachment, notes on the House floor that Dems have won the presidency, Senate and House and says that calls for “magnanimity by the victors.”

who wants to tell him? pic.twitter.com/gOTz6xNhga

Exactly when did Trump concede? When did he commit to a peaceful transfer of power? When did he admit that the election of Joe Biden was legitimate? Never, so Republicans in impeachment hearings must stop saying he did as an excuse to let Trump off. #ImpeachmentDay

Very telling video of rioters outside the Capitol shouting at police: "We were invited here. We were invited by the president of the United States" pic.twitter.com/Ctt5M1ijoA

My name is @Jim_Jordan and I love defending abusers, traitors, and seditionists. pic.twitter.com/foqgpahcMX

It's been impossible to miss today that Republicans have been far more likely to jeer Black women who speak than anyone else pic.twitter.com/EPdgvIuUGp

I completely forgot that the doctor who said Trump could live to 200 if he just cut out the cheeseburgers is in Congress pic.twitter.com/oCS3KGhWNh

Louie Gohmert is *so close* to figuring it out pic.twitter.com/8vqsd98dxG

The amazing thing about "it might have been antifa" is that Trump literally summoned these people to DC, spoke at their event, offered to walk them over to the Capitol and then praised them afterward.

Someone Has Not Seen The News In A While

who wants to tell her? pic.twitter.com/R925qcpLoT 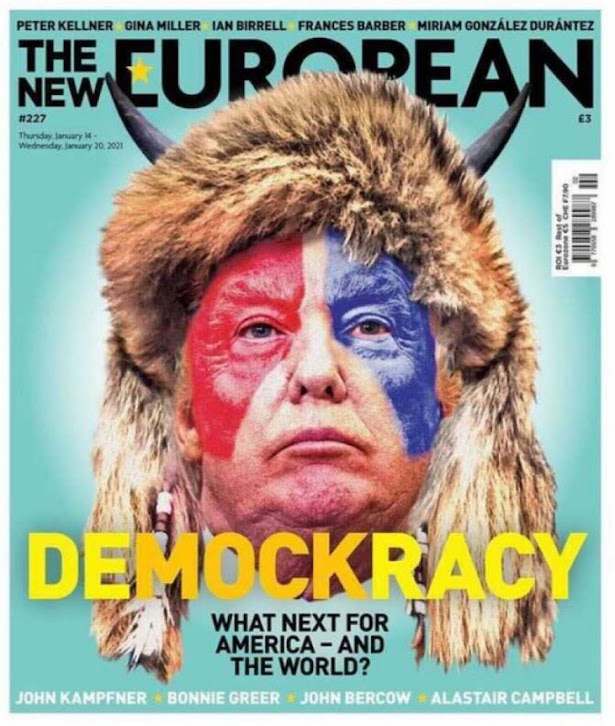