Smart People Are Not Afraid To Admit They Don't Know Everything 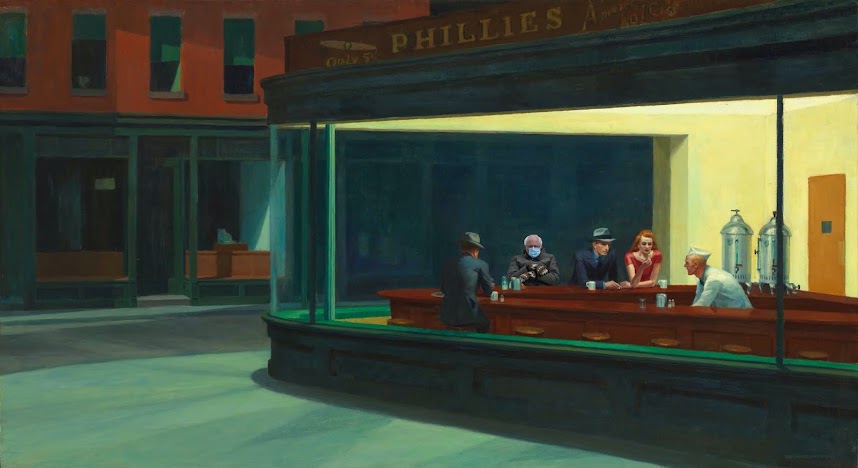 The face of a man unburdened and free...... pic.twitter.com/Vqj1ueiPX6

Fauci has more shade for the Trump administration pic.twitter.com/OoZrEozGm2

“The idea that you can get up here and talk about what you know, and what the evidence, the science is, and know that’s it, let the science speak... it IS somewhat of a liberating feeling.” — Dr. Anthony Fauci at today’s White House briefing.

REPORTER: You've joked a couple times about the difference between the Trump and Biden administrations. Do you feel less constrained?

FAUCI: You said I was joking about it. I was very serious. I wasn't joking. pic.twitter.com/nyH4ow1zVj

Fauci: There were things that were said regarding things like Hydroxychloroquine and other things like that that was really uncomfortable because they were not based on scientific fact... pic.twitter.com/aYKHHPsUsj

On his first day in office, President Biden retracted a decision by the Trump administration to withdraw from the World Health Organization. Dr. Anthony Fauci will lead the U.S. delegation.https://t.co/MkWy6kHUgL

President Biden has removed the Diet Coke button. When @ShippersUnbound and I interviewed Donald Trump in 2019, we became fascinated by what the little red button did. Eventually Trump pressed it, and a butler swiftly brought in a Diet Coke on a silver platter. It's gone now. pic.twitter.com/rFzhPaHYjk

Biden has been president for 24 hours https://t.co/9CLVIXKvJj

At least they gave him a chance https://t.co/Hr75aYH1tw

Is this what Biden Derangement Syndrome looks like? pic.twitter.com/MWzFhVzGfB

wow why would he do that pic.twitter.com/Cd9gKJmkCa

Josh Hawley has been crying about this for 2 weeks now pic.twitter.com/3e1mzxnRrI

Graphic design is my passion pic.twitter.com/g1u3Oh0g0Q

Sen. @BernieSanders on his Inauguration Day meme fame: “It makes people aware that we make good mittens in Vermont.”

This is my new favorite thing I've ever made #berniesmittens pic.twitter.com/xABr8Uv5iE