Rep. Lauren Boebert Helped Terrorists Case The Capitol The Day Before They Attacked It; Her Dream Of A Pardon Vanishes On Wednesday, At 12:01 PM

I was contacted by someone who I've confirmed works at The Capitol who told me the following:

Laura Boebert gave a “tour” on the 5th even though she’s denying it.

The cameras will tell the story and prove she's not telling all. Her communications director, Ben Goldey, resigned Friday because of the Capitol siege and his discomfort with the way Boebert reacted to the insurrection and its aftermath. There's something he knows.

From the Colorado Sun. Her mother posted the “detailed your” of the day before online, but deleted it later. pic.twitter.com/EYtLeqcECd

Rep. Sean Maloney made false and baseless conspiracy claims about me that led to death threats and hundreds of vile phone calls and emails. His comments were extremely offensive, shameful and dangerous. https://t.co/4ETahOn53n pic.twitter.com/qmmsV7u86n

You know he never named you, right? But now we know it *was you*. Thanks for sharing.

P.S. Looking forward to your indictment on sedition and conspiracy charges! pic.twitter.com/tCSyLZ16yV

Um, I’ve never said your name in public, @RepBoebert. Never. Not once. (If you’re going to be a gun nut, you probably shouldn’t go off half cocked.) I’ll tweet the transcript so you can see...but that might be like “a fact”, so might not help you. https://t.co/a0weTQvIp0

Doesn't seem too far-fetched at all. I believe everything about her giving a "tour". She already has a criminal record. Now she can add her inclusion in the riot to the list.https://t.co/Cp4Pz5m33c

Except I don’t want her pardoned. I want her charged with felonies so wait til Wednesday after noon 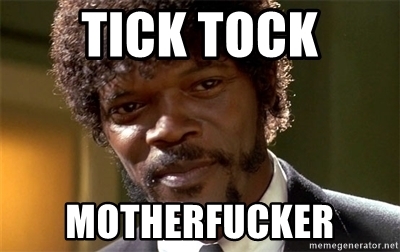