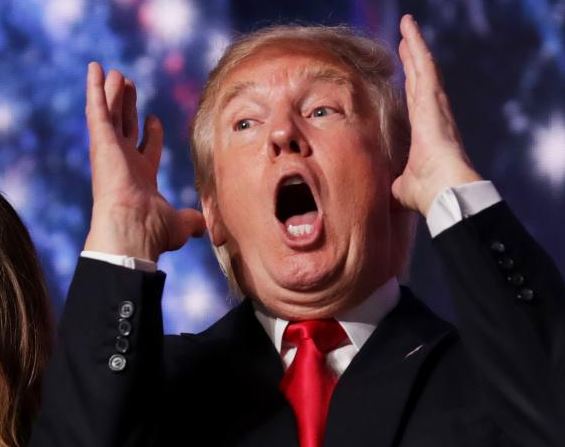 The heavily conservative United States Supreme Court, with one-third of the justices owing their lifetime appointments to "the former guy", refused to prevent Manhattan District Attorney Cyrus R. Vance Jr. from gaining access to Donald Trump's tax returns and other financial records.
It amounts to terabytes of data and millions of pages. Investigators for the district attorney's office will collect the records from Mazars USA, the law firm that represents Trump's accountants, next week.
The Court's ruling was one short sentence:

The application for a stay presented to Justice Breyer and referred to the Court is denied. 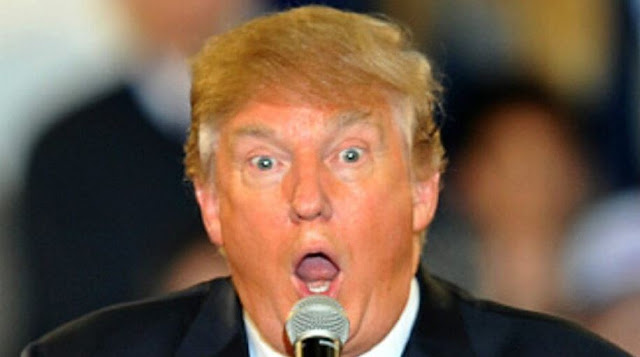 Vance responded with his own, even shorter, sentence:

The documents are protected by grand jury secrecy rules and will not be made public. But the world already knows, from reporting last September, that Trump paid only $750 in taxes in both 2016 and 2017. Trump paid $0 in taxes in 10 of the 15 years prior to that.

The Supreme Court paved the way for a New York City prosecutor to obtain Donald Trump’s tax returns and other financial records as part of a criminal investigation, a blow to his quest to conceal details of his finances https://t.co/H0pZO80udC

Two losses for Trump at SCOTUS this morning: the justices clear the way for the Manhattan DA to see his taxes, and it declines to hear the two remaining PA election cases. https://t.co/XZ2pnkZXHe

Breaking: #SCOTUS denies review in the Pennsylvania election cases. Thomas, Alito, and Gorsuch dissent and would have heard the cases. pic.twitter.com/sFEgX42pBh 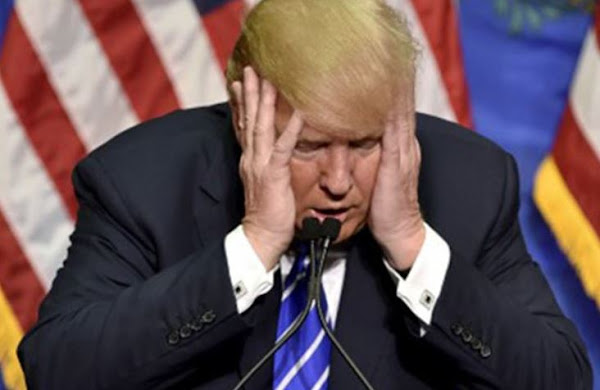 Trump issued a whiny, childish rant that did nothing but confirm: (a) the existence of multiple mental illnesses, (b) his continued inability to master the English language, and (3) he has the thinnest skin of anyone in human history: 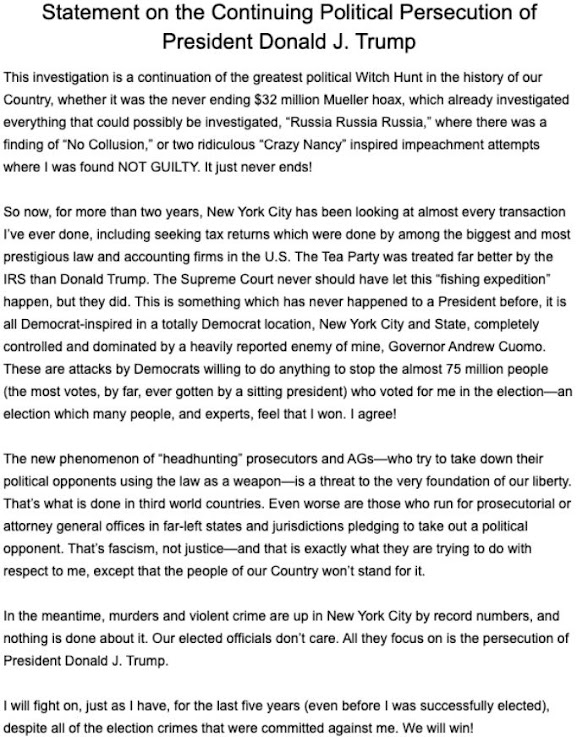 He didn’t keep his promise. pic.twitter.com/VPqE2DVjsG

Awww, what's this? The "Law and Order" "president" doesn't like it when law and order is used on him🤔🤓😏🤭

After almost a month of silence, this is almost cute in how small and pathetic it is.

It talks about itself in the third person. See how strange that sounds? As a forensic linguist, I can tell you that this always signifies a severe mental illness (except in the case of the Queen of the UK, she uses “the Royal ‘we’” as she speaks on behalf of the people).

A man who did nothing wrong wouldn’t worry about this so much.

Trump got 74.22M votes...Anytime Trump or a proxy says he recieved 75M votes they should be corrected by the person who reports or cites a statement which uses 75M, unless they want to bump Biden's 81.28 up to 82 million votes.

The #Gaslighting shouldn't be tolerated. pic.twitter.com/Wu3rzJdXwf

After all the time the sheer stupidity of the word salad is still mindboggling.

Not the biggest lie in there, but violent crime is actually down in NYC in 2021 so far.

Not to mention: "For the month of January 2021, New York City saw reductions in every major index crime with the exception of grand larceny auto (GLA). Overall index crime fell 21% compared with January 2020..."

A statement from Donald Trump. pic.twitter.com/nM9JwHwHzS