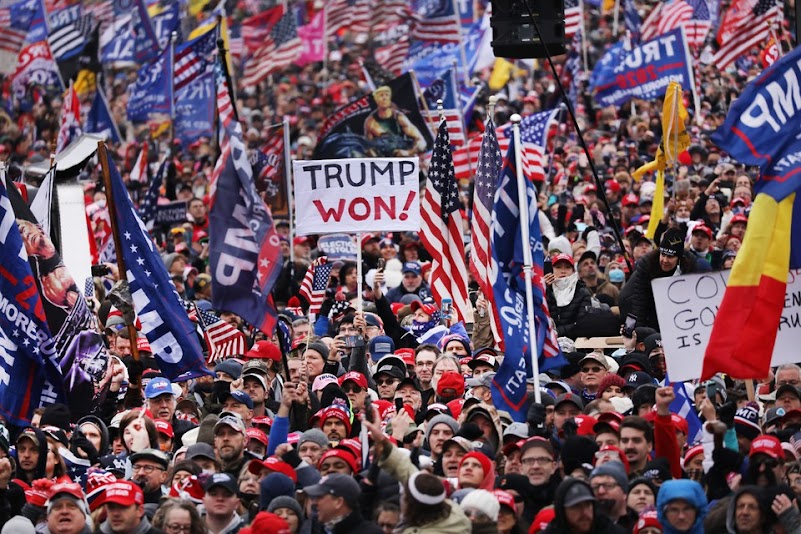 Trump lawyer David Schoen insists the January 6 insurrection aimed at installing Trump as emperor was "not tied to Donald Trump or his speech whatsoever." pic.twitter.com/a1KlZL1ZK5

“That wasn’t Trump’s people. That’s been a hoax from day one. That was all prearranged,” Shirkey, state Senate’s top Republican, said of the riot. “It was arranged by somebody who was funding it. … It was all staged.” https://t.co/mROEoCiJRk

Please ignore the fact that they ALL had on Trump shirts, Trumps hats, beat people with Trump flags, and screamed "No Trump no peace" while literally saying they were there because Trump sent them. That kinda fucks my argument.

these guys think that if you spend an hour delivering a speech repeatedly encouraging people to "fight like hell" to overturn an election, but mention once in passing that you want them to stay peaceful, that cancels out all the incitement pic.twitter.com/ql2I1XZF0p

Why is this headline in the form of a question? https://t.co/yFMKhv2m8U

In the last 35 days or so, a number of right-wing figures have suddenly discovered that, regardless of their prior statements, they fervently oppose impeachment trials for former presidents. pic.twitter.com/DGP7R3Xjtk