Donald Trump must be subpoenaed to testify at his impeachment trial.

If he refuses . . . then he should be declared in contempt and a warrant for his arrest should be issued.

That's what would happen to you or me if either of us ignored a subpoena.

And it's what should happen to Trump, if the Democrats possess any spine at all. 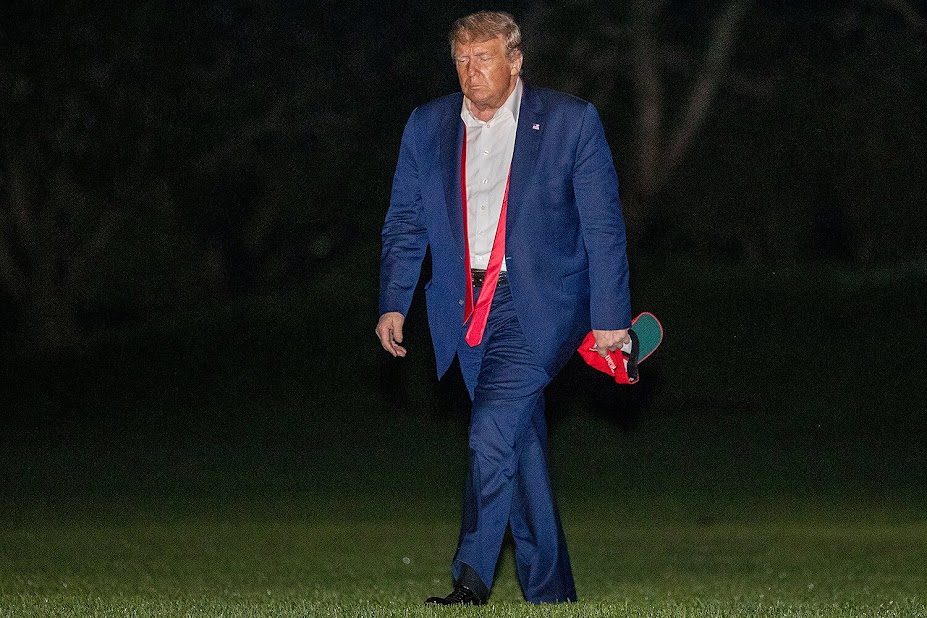 When Trump is forced to answer questions under oath, it always goes bad for him.

Trump has wriggled out of testifying under oath at every opportunity, despite his penchant for threatening lawsuits. He spent his term using the presidency as a shield against being deposed — a process that leaves him open to charges of perjury for lying under oath.

When he did sue journalist Timothy O'Brien for libel in 2006, O'Brien's attorneys deposed him for two days. It was an embarrassing performance overall; Trump had to acknowledge 30 times that he'd lied publicly about things like his wealth and how much money he owed. A 2016 deposition also recorded Trump acting as a loose cannon, unprepared and uninterested in details.

It was fortunate for Trump that he didn't face a similar in-person grilling during the Russia investigation. . . . After months of dithering, toward the end of the investigation, Mueller agreed to allow to let Trump answer a series of written questions instead of sitting down for a live interview.

Even then, Trump's answers were evasive and, as Mueller indicated when he testified to Congress about his final report in 2019, potentially perjurious.

The next year, during the first impeachment trial, House Democrats never bothered to tried to subpoena Trump, again opting for speed over a lengthy court fight. . . .

Things are different enough this time around that Democrats should absolutely force Trump to testify. First, he is finally out of office, depriving him of his favorite defense. And . . . [a]s Raskin noted in his letter to Trump, "the Supreme Court held just last year that you were not immune from legal process while serving as President — so there is no doubt that you can testify in these proceedings."

Second, the Senate has all the power it needs to guarantee Trump's cooperation — whether he wants to give it or not. The body's rules for impeachment trials state that the Senate has the power to "compel the attendance of witnesses" and "to enforce obedience to its orders, mandates, writes, precepts, and judgements." . . .

The rules also say the Senate sergeant-at-arms may "employ such aid and assistance as necessary to enforce" any orders and writs. It's a power that has been used to round up witnesses who refused to testify or corral senators to provide a quorum. This presents an interesting scenario in which the sergeant-at-arms is ordered to bring the former president back to Washington from Mar-a-Lago under threat of arrest. (Reuters noted in 2019 that it's been almost a century since Congress used this power, but it's still on the table.)

And finally, unlike other legal issues that Trump has faced, this is out of the hands of the normal judicial system. The Constitution grants the Senate "the sole Power to try all Impeachments." There's nothing in legal precedence that would let the courts issue an injunction to hit pause on an impeachment trial, nor would most judges even be likely to try.

It would be the only chance to grill Trump on his numerous calls for violence and his endless lies about election fraud. Plus, it would humiliate him beyond words, which should be reason enough. So do it! I wanna "watch 'em slice that fat bastard up".

How can you be so mean to someone whose idea of a good time is handing out $50 bills to strangers in his hotel's lobby?