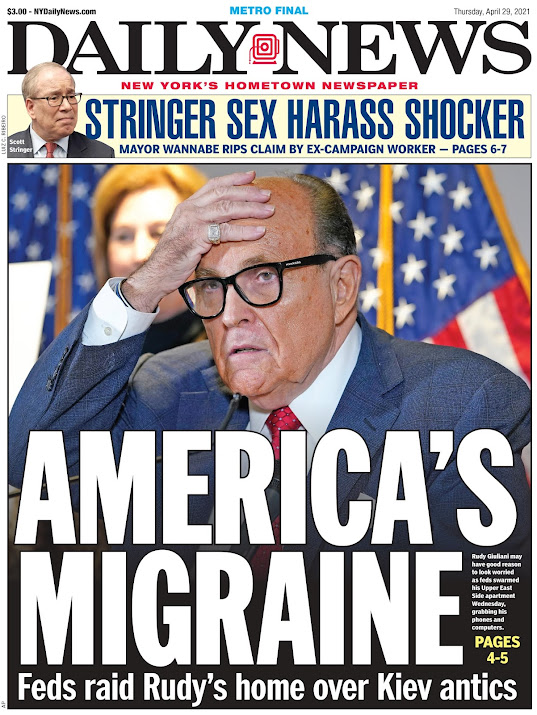 Rudy Giuliani took to Twitter on Wednesday to let it be known that he would appear on his talk radio show later in the day as usual even though the FBI had hours earlier raided his Manhattan home and law firm as part of an ongoing criminal investigation.

"Tune in to WABCradio.com at 3 PM EST for a live statement," the embattled ex-New York mayor-turned-Trump attorney wrote to his more than 1 million followers shortly after 2:30 p.m.

But Giuliani deleted the tweet within minutes, and once the time came for his radio hit, he was nowhere to be seen or heard. . . .

[Giuliani attorney Robert] Costello confirmed the FBI agents came armed with a search warrant focused on Giuliani's alleged "failure to register as a foreign agent" while lobbying the Trump administration on behalf of Ukrainian government officials and oligarchs.

However, Costello claimed his client is innocent and a victim of anti-Trump prosecutors. The Giuliani lawyer failed to mention that the federal investigation into Giuliani was opened while Trump was still president. 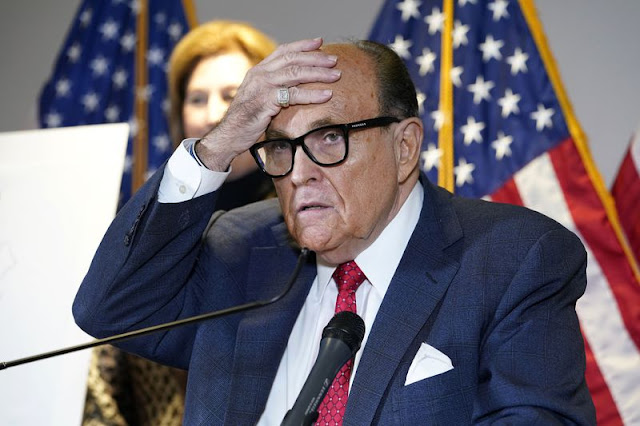 Let us pray for another CLASSIC Press Conference !!!!!!!

That's a headline for the ages.